A Well-Kept Secret – the No.1 Traveller Lounge at Heathrow T3

Once upon a time, packing my suitcases and arriving at the airport had a certain magic to it, a certain buzz of excitement about what lay in waiting at the other end of the flight. That was when flying still had a novelty value. One disadvantage of travelling so much is the boredom of sitting around in airports – the interminable waiting, the overhead announcements and the lure of spotless boutiques and duty free shops. Fair play to the airports for at least giving us some shops to browse while we wait, but there is another remedy to endless-airport-boredom: lounges!

I’ve recently discovered the No.1 Traveller Lounge at Heathrow Terminal 3 which is tucked away from the hustle and bustle of ever-smiling perfume saleswomen and the maze of shiny stores. A welcome break from the crowds. (Click on any of the photos below to open a slideshow). 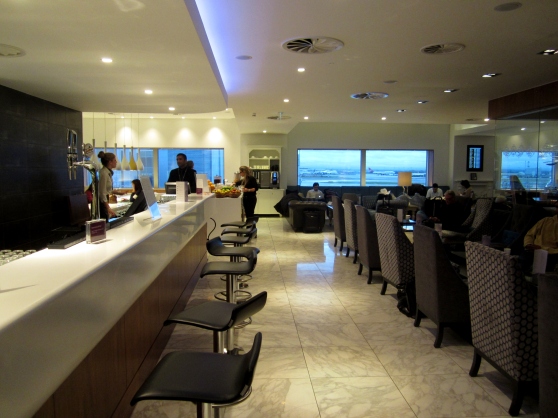 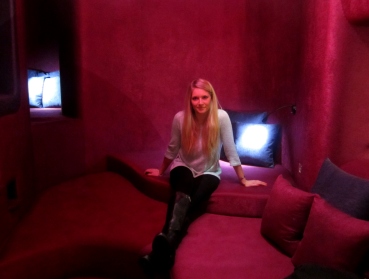 I arrived at the lounge and was faced with my first decision: where do I put myself? In the cinema, in the games room, the library, the “snug room” (perfect for napping), at the bar, in the dining area, in one of the seats hanging from the ceiling or on one of the plush leather sofas with a view overlooking the runway? Having had a little explore around I settled for a sofa to partake in some people-watching. There was a couple drinking champagne, quite a few Asian businessmen and women and a lot of solo travellers. I had a mid-morning flight so there was a complimentary breakfast buffet laid out. A few minutes later one of the beauticians came over to show me to the Travel Spa. Next decision to be made: which treatment to have? The treatment “menu” as such is tailored specifically for travellers and offers packages from just 15 minutes right up to 90 minutes, depending on how much time you have to spare. While I was very tempted by the shoulder massage, I settled on a manicure with OPI Cajun Shrimp nail polish (odd name, I know).

They had a good selection of OPI and Jessica nail polishes to choose from and the manicurist was very chatty and friendly. Insider tip from my new friend – the lounge is quieter in the morning so it’s possible to walk in and get an appointment on the spot, but in the afternoon & evening it’s recommended that you book in advance as they get very busy. The spa offers massages, facials, waxing, manicures, pedicures and has showers as well. I didn’t stay long enough but it is possible to book a single or twin bedroom if you have a long connnection between flights. You would literally never have to leave the lounge as it has computers, wifi, magazines, newspapers, a TV room as well as the luxurious cinema, and even a kids’ room. 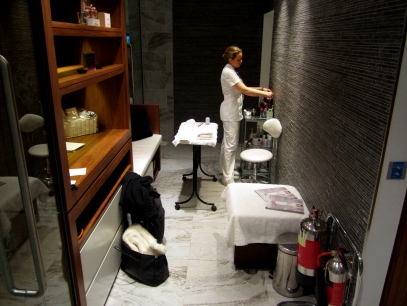 All set with freshly manicured hands, I made my next decision: what to eat? The lounge has an à la carte menu but also offers a complimentary hot dish on top of the buffet breakfast, so I went for the No.1 Poached Pot which constited of a poached egg, hollandaise sauce, tomato, mushroom and sausage. An absolutely delicious breakfast to set me up for my flight. 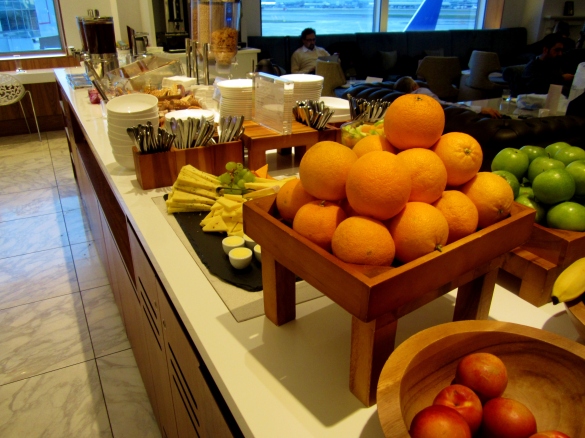 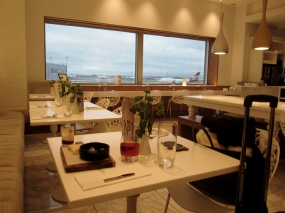 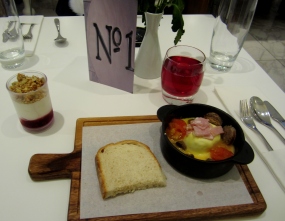 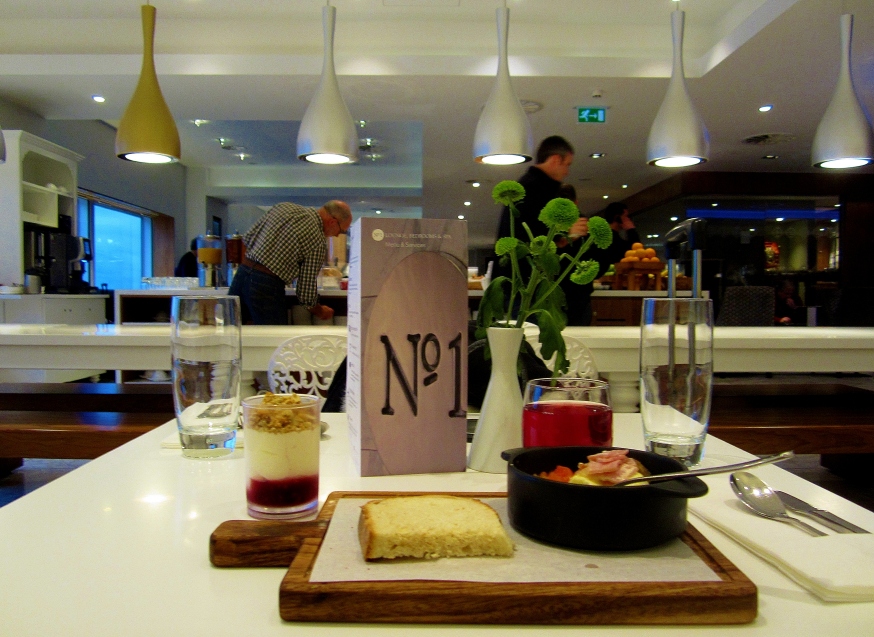 By this point I was feeling very relaxed and pampered, and if I’m honest, I’d rather have stayed in the lounge than catch my flight. Leaving the lounge and re-entering the throb of passengers on my way to the departure gate, I felt lighter than the others and perfectly refreshed.

In fact, I can’t really understand why more people don’t flock to these havens that are the private lounges. The No.1 Traveller Lounge in Heathrow Terminal 3 costs £30 for upto 3 hours and with the amount of food and drink (yes, alcohol as well) included, you think there’d be a queue to just get in… In an incredibly positive mood I bounced off to my gate to catch my flight to Prague. I can see that this could easily develop into an airport habit… Heathrow T3 is their flagship (and I can see why – it’s divine) but they also have lounges in other UK airports (London Gatwick, London Stansted & Birmingham), so I shall obviously have to try out all of them too!

10-years after graduating from @uniofexeter, this weekend back in Exeter, visiting all our old favourite haunts, brought back all the memories and all the love for these wonderful friends! What a ball we had 🥰
He’s back!!! After almost 7 months away, he is now back for good and I am over the moon! ❤️
New (and final!) blog post! Today marks the 10-Year Anniversary of The Well-Travelled Postcard!
The Royal Victoria Ball at the Palace of Versailles 🇬🇧🇫🇷 was simply the most magical night of all, and so special to share it not only with so many friends, and also with my very own father! From the palace to the champagne, the reeling to the fireworks, it was a dream from start to finish ✨
We’re now 50% through the long-distance. It has felt like an eternity but I’m grateful to finally be closer to the end than the start! Yesterday marked 103 days apart and the mid-point before he’s back for good. It’s been 3 long winter months for me, 103 back-to-back working days for him… 🙈 At least he’s back shortly for a 2-week break 🤩 and after that the spring months should be easier to bear, filled with trips and distractions.
New blog post, and my first in a while! 📝✨Looking back on 2021: my goals and travels in year two of the pandemic
Day 1 of long-distance 😢❤️
New post! 📝 Growing up with The Well-Travelled Postcards: An interior design idea for travellers
New post! The 8th painting in my series of The Well-Travelled Paintings is from the village of Kioni on the north-east coast of the small island Ithaca, in the Ionian Islands in Greece. 🇬🇷🏝 I took this photo from a yacht during a blissful day sailing around Ithaca, having set off from the larger neighbouring island of Kefalonia, where I was lucky to spend a whole month this spring. ⛵️☀️🌊
New blog post! [Link in bio] 📝🔗 I recently became a charity trustee for the first time, for the charity Raleigh International, who some might remember I volunteered with in rural Nepal for 4 months in 2016. 🇳🇵🌏 I’ve been over the moon about the role, right through the whole application process and into the trustee board meetings themselves! ✨