Exploring Historic Malta in One Day: 7 Places You Can’t Miss

On our final day in Malta we wanted to see some of the island. Having spent four days underwater gaining my PADI Open Water certificate (see photos and read my review here), there hadn’t been a minute to spare beyond exploring Qawra (where we were staying) and one visit to nearby St Julian’s for dinner one night. In all honesty I didn’t like Qawra one bit. It was conveniently close to our dive school in St Paul’s Bay, where we spent most of our time, but otherwise it’s just a purpose-built area for (mainly British) tourists and the hotels are low-quality and outdated, and attracted a particularly mature crowd, at least in October when we visited. I really wouldn’t recommend Qawra as a place to stay. On every road in Qawra you’ll find an English pub, serving English food and beer to an English clientele who are uninterested in culture and have come to Malta for sunshine and nothing else. There are much nicer areas to stay in!

But I digress. We had seen very little of the country above sea level, so we were thrilled to finish our visit to Malta with a day exploring outside of Qawra, and we managed to fit in the highlights of the whole country in just one day! We did this through the local expertise of a private guide, Clive Cortis, and a chauffeur for the day. If you are attempting to see all the best of Malta in just one day then it is actually possible – just read on…

Our personalised itinerary began with a visit to the Upper Barakka Gardens in Valletta, the capital city of Malta. It’s an idyllic garden boasting southerly views over the natural deep water port and the three cities of Vittoriosa, Senglea and Cospicua. Valletta was built in the 16th-century by the Knights of St John and is made up of fierce stone fortresses that tower high above the water to prevent attack. Malta is located very strategically between Sicily and North Africa, so any trade ships, pirates or invading navies that crossed the Mediterranean Sea would inevitably end up stopping in or passing nearby Malta. And the city looks vastly similar today as it did then. Differing architectural styles hint towards its multiple occupants, including the British most recently, shown by statues in honour of Queen Victoria and by English signs in Straight Street to entice and entertain the sailors during the British naval period. The city of Valletta seemed incredibly peaceful and historic. 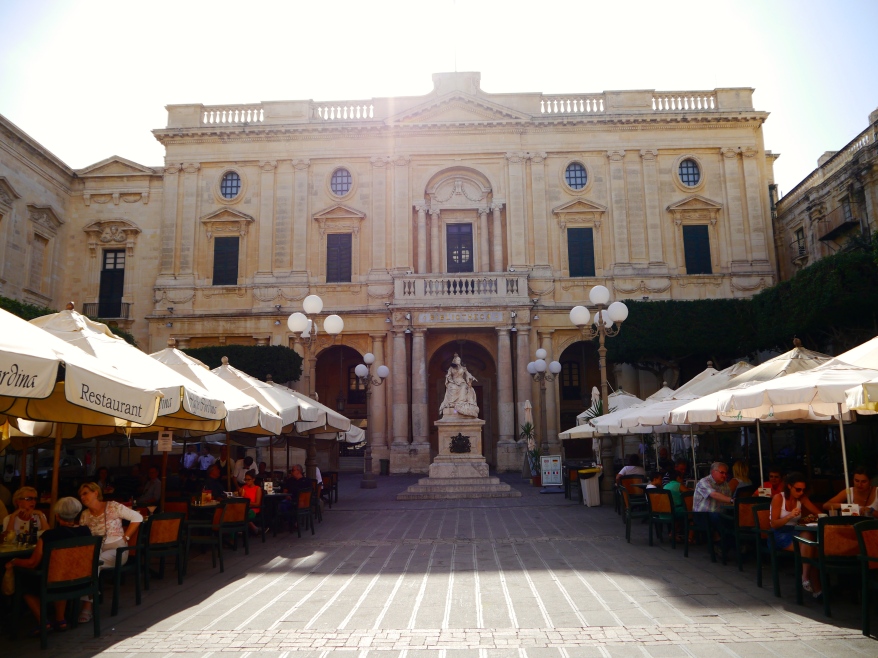 We visited the ‘three cities’ I mentioned above (whose size would suggest villages rather than cities), the third of which is actually our guide’s hometown, Cospicua. And I couldn’t quite believe how tourist-free the streets were. Indeed it was after the crowds of Istanbul, but I honestly felt like we’d stumbled across an as-yet-undiscovered beauty spot, and I probably should be writing about it publicly if it is to stay unscathed by tourism. I delved deeper with our guide Clive and made the link between the news that Valletta will be the European City of Culture in 2018 and all the improvement works, repaving, and the investment in tourism. In preparation for a flux of visitors in 2018, which in any case are a vital component of the Maltese economy, the entire country is being smartened up and renovated, and what they’ve achieved so far in the three cities looks stunning as far as I’m concerned. The good news is that small boutique hotels and guesthouses are popping up, providing some good accommodation options outside of the main Valletta peninsula. From the three cities, it is a quick €2.80 boat ride across the Grand Harbour and a lift up to Valletta. 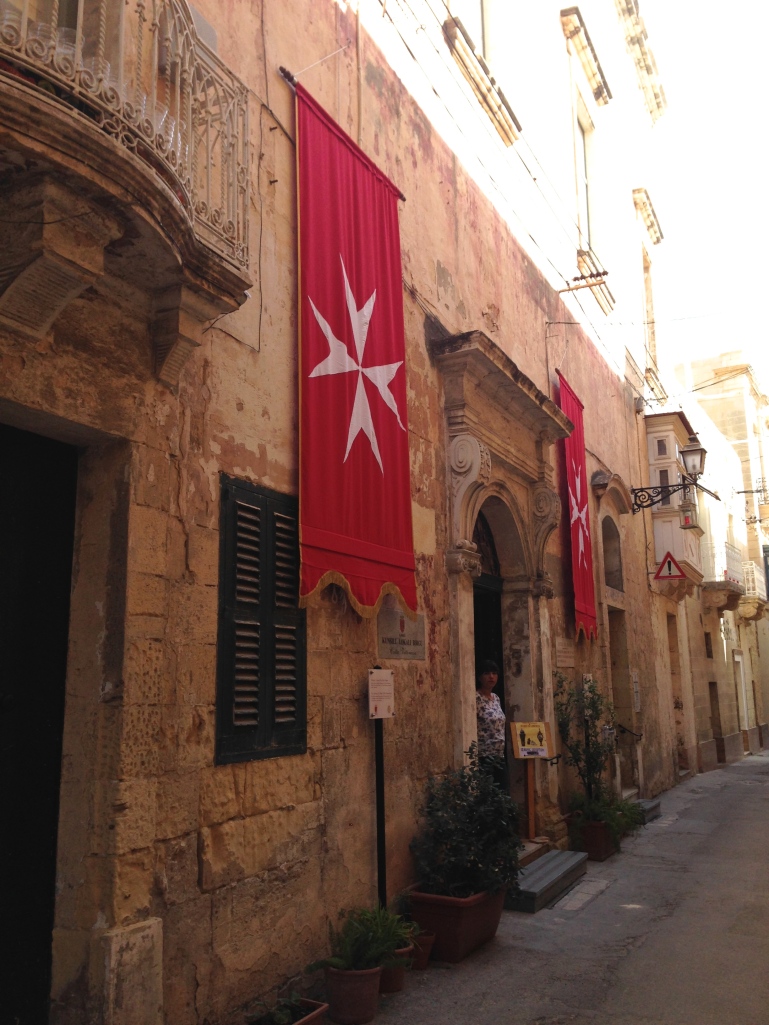 3. The Fishing Village of Marsaxlokk

South of the capital is the fishing village of Marsaxlokk, with tiny fishing boats painted in vivid colours of red, yellow green and blue bobbing in the water. On Sundays you’ll find a great big market of just about anything, and of course a heavy dose of fresh fish on sale. During the rest of the week it’s purely a fish market, and fish restaurants line the waterfront.

4. The scenic caves of the Blue Grotto

Crossing over to the west coast we took a 20-min boat trip (€8 per person) into the Blue Grotto, which is a series of grand caverns inaccessible by any other means, set against the imposing backdrop of vertical cliffs into lovely clear blue water. It was a rather surreal boat trip and very beautiful inside the caves, but ultimately not my favourite part of Malta.

5. Sweeping views from the Dingli Cliffs

Not far from the Blue Grotto you’ll come across the Dingli Cliffs, the highest point on the island, and the tiny chapel of St Mary Magdalene perched 250m above sea level. Even when we visited in early October the sun was out in force, there was a beautifully clear sky and we could see almost the entire country from just one standpoint. We stopped for lunch at a family-run farm and restaurant called Diar il-Bniet where our guide Clive introduced us properly to Maltese cuisine, and particularly memorably for me, the country’s signature dish: rabbit. Everything else was exquisite but I didn’t take too well to the rabbit organs if I’m honest… But it definitely felt local and had a brilliant atmosphere full of extended Maltese families, tucking into their Sunday lunches.

6. The medieval and baroque former capital city of Mdina

No rest for the wicked! Continue on and struggle through that tummy full of food that’s begging you for a siesta. You must must must visit Mdina, known as the ‘Silent City’, the first capital of Malta and a colonial settlement of Imperial Rome. The city now only houses 230 people, but definitely feels lived in, and much like the three cities, is peaceful and not yet overrun by tourists. The nooks and crannies of the city betray two different histories. In 1693 an earthquake knocked down half the city, hence the two styles at play, as that half was rebuilt in a baroque style. 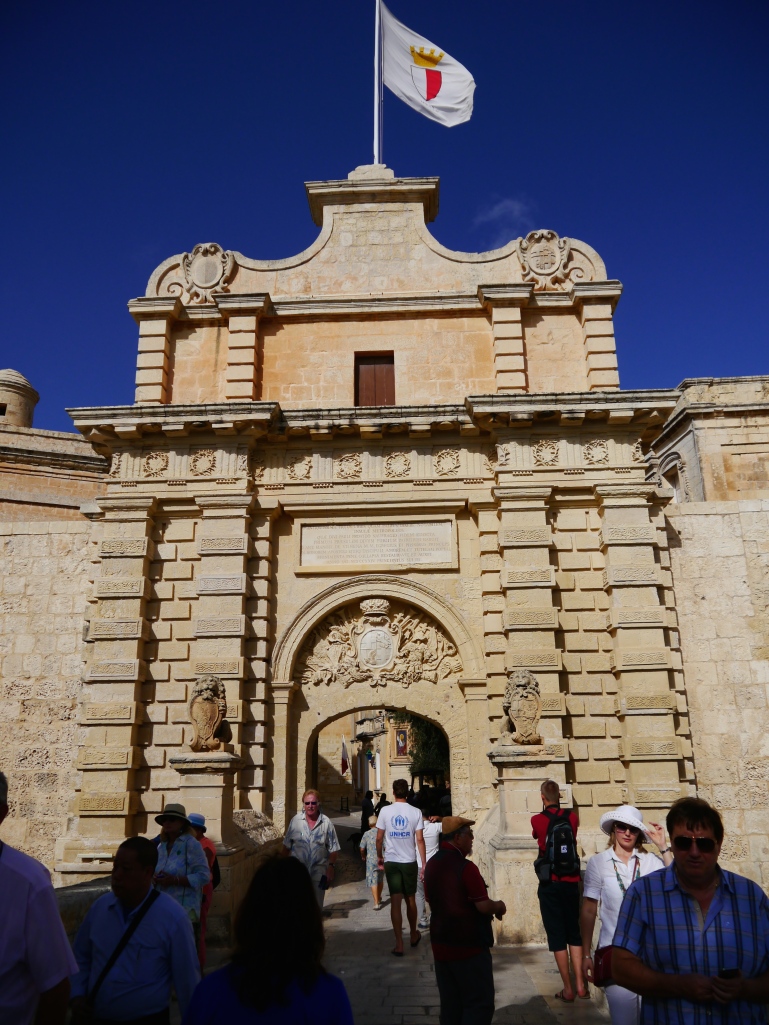 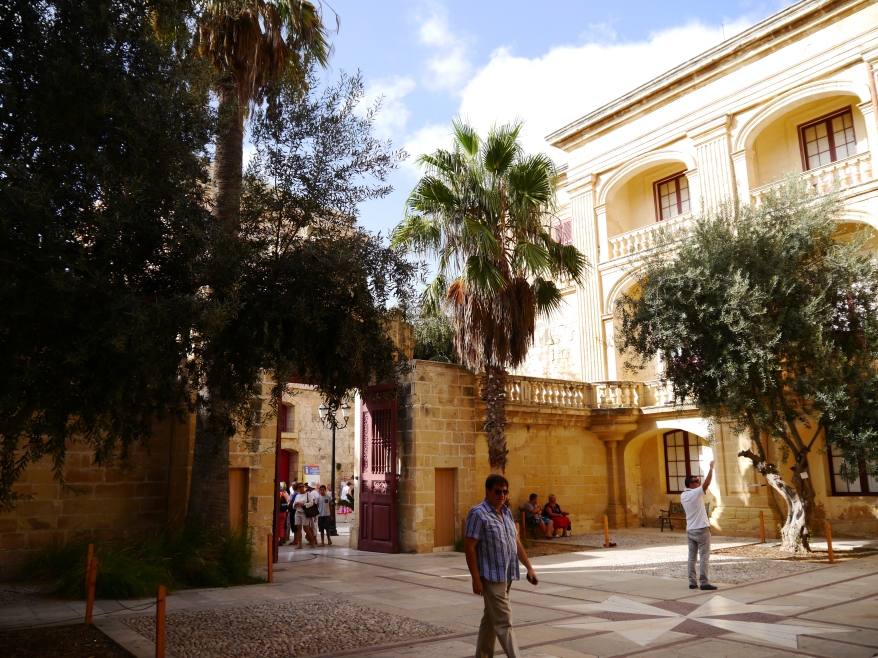 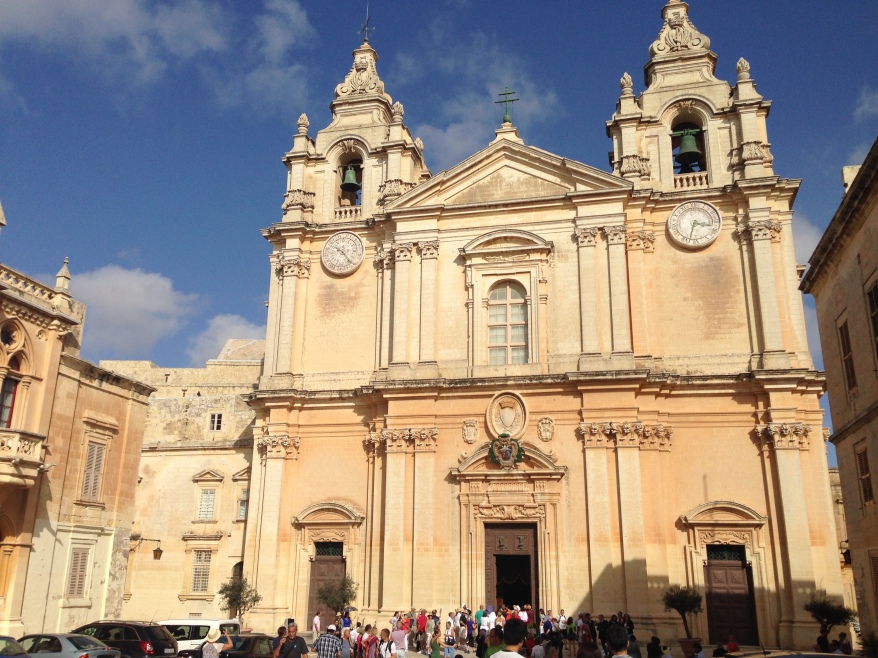 This beach is our Maltese guide’s favourite of the entire country and it is just magnificently beautiful! It’s just remote enough that you need a car to get there, which keeps the beach relatively free of tourists. The sandy beach curves along the inside of a sheltered bay on the west coast and was bathed in the calm afternoon sun when we visited. For the beautiful views along the coast head up into the cliffs. 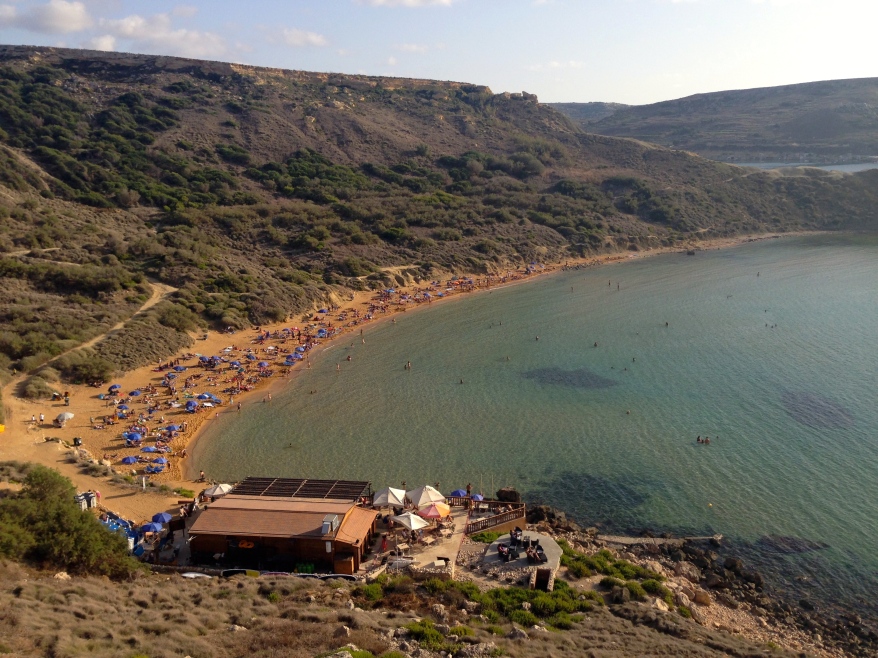 And there you have it: Malta in a day! We had a driver and a guide, which is how we managed to fit in seven different places and a long lunch in just eight hours. What I haven’t mentioned is that Malta is composed of two other islands as well, Gozo and Comino, which are smaller and would merit another day. We didn’t have time to visit Gozo and Comino but I was so pleased to explore a good deal of the main island after having spent so much time underwater or with my head in my PADI textbook…

On our day tour I was pleasantly surprised by the island, particularly after not enjoying the Qawra area we were based in, and I beg you not to judge Malta by the English tourist zones you might come across. Malta has such beautiful spots to discover with such a vivid and intriguing history, and the weather is simply fantastic!

Have you been to Malta and would you agree with these seven places not to miss? Do you have any others to add?