A popular goal on many people’s New Year’s Resolutions list is to learn a foreign language. As a nation, we Brits seem to really struggle with foreign languages, so much so that apparently only 25% of the UK population speaks another foreign language and we are officially the worst language learners in Europe. Most of us have studied a foreign language at school but haven’t used it since then, and our education system of choosing just 3 or 4 A-levels makes it easier for languages to slip off our curriculum than in other countries in Europe, where it’s often mandatory to study a language until 18. And I’m no exception!

Although I did study a language at A-level and I then continued to study languages at university, I also shamefully abandoned French pre-GCSEs, aged 14. At age 14 I was asked to choose my GCSEs and, bizarrely, I chose to study Latin over French! The reason? I disliked my stuffy, boring and mean French teacher, but I loved my two fun and friendly Latin teachers – which is a lesson for language teachers out there about how to keep students interested in your subject! So I did a GCSE in Latin, which may have helped me slightly with learning Italian but otherwise hasn’t had any use in the last 13 years, and my French declined into virtual oblivion.

Considering that I’ve ended up following an international career and I work in European policy, it’s an irony that I don’t speak French or German – and I now see that it would have made a tangible difference to my career if I did speak French. So my new project is to re-learn French. I resumed A2-B1 level classes in September and I have 3 hours per week, and slowly but surely I am improving! Woop!

There are so many people who, like me, want to pick up a language that they haven’t touched since a teenager. So whether you’re trying to pick up French or another language, here are my top tips!

1. Identify your motivations and objective behind learning that foreign language

It’s important to be honest and ask yourself why are you learning a language. Is it to use on holiday? To use at work? To move abroad one day? Or simply to impress others?

My personal motivation is that I love understanding other cultures and I know that speaking the language of a place is the key to unlock the heart of the local community that live there. I personally doubt that the desire to merely impress others, by adding another string to your bow, is enough to keep you motivated through the significant amount of time it takes to learn a language. If you merely want to tell people that you’re learning Arabic, for example, then you can do level 1 of Duolingo on repeat, and it would have the same impact as if you took a whole degree in the language – at least as far as other people can tell!

If you want to work in a certain industry or market in which that language would be used, then that’s a perfectly valid and motivating goal, as you’ll reap a tangible benefit in the long-term. If you want to better understand what you’re experiencing when you travel or move abroad, then that’s also completely legitimate. I was recently interviewed for online magazine ‘The Language Exepress’ and the interviewer asked me what aspect of being multilingual I loved most. It’s a great question, and I replied that I loved speaking multiple languages because they enrich my experiences as I move and travel around the world, giving me deeper insight into a country and a people, by being able to communicate, relate and scratch beneath the surface. That’s my motivation. Living abroad without understanding the local language (as happened to me in Nepal) was intensely frustrating and only emphasised to me the importance of language learning.

What’s your motivation for picking up a language again? 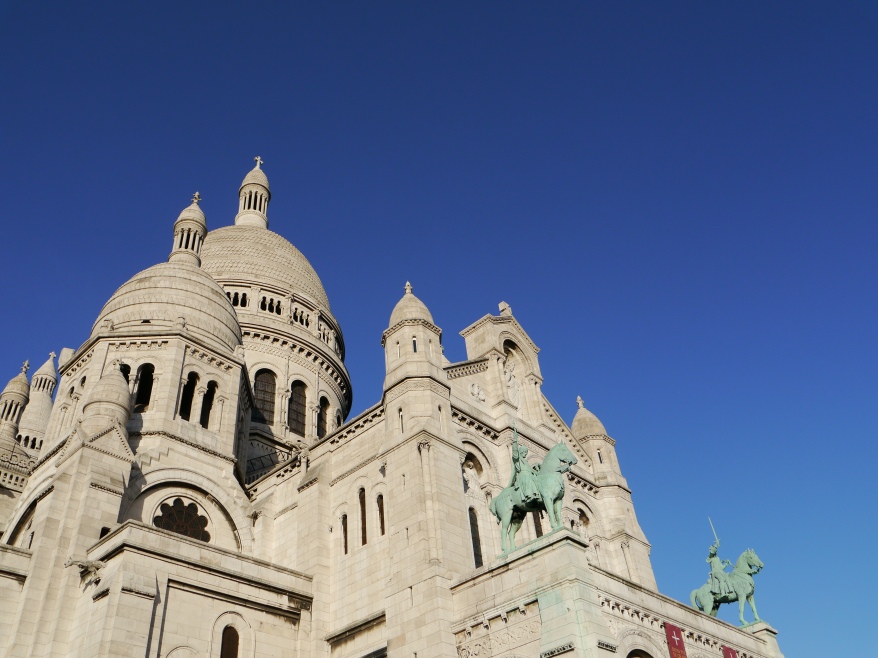 2. Take a test to establish your existing level

In Europe, most language schools classify their classes using the Common European Framework of Reference for Languages. The scale runs from A1 (practically beginner) to C2 (fluent) and if you want to sign up for a formal class, then you’ll need to know which level to start at. Hopefully you’ll have some remnant of the language lodged in the back of your brain from school days, meaning you can skip the complete beginners’ class. Finding the correct level of class is important because if you’re in too basic a class, you’ll get bored and lose interest. If you’re in too advanced a class, you’ll lose the thread, feel demotivated and give up. I’ve experienced both situations and learned that a little bit of stretch is conducive. But when you’re out of your depth, you’ll clam up, feel embarrassed in front of others and stop trying all together.

Look for a free online test to find out your current level, or if you’re booking a class through a language school, they may do a face-to-face or telephone interview to establish your level.

Take the time to get the level right, and don’t feel shy about trying out various levels of classes to determine the right one for you. When re-learning a language as an adult, everyone in the class will have varying levels of the language, so pitching the level right is a fine balance for the teacher. Do tell the teacher if you think it’s too easy or too advanced for you, and be honest about which areas of the grammar, vocabulary or pronunciation you’re struggling with, so the teacher knows how to pitch the class.

Complete beginners have it easy in terms of choosing a style, as virtually their only option is to attend a formal class and follow the textbook and structure their teacher chooses. (Whatever anyone says, I don’t believe that anyone can become fluent from Duolingo alone!) But as you’ve already got some deeply hidden, perhaps not-so-forgotten knowledge of the language, you can choose your learning strategy and style.

4. Make time to integrate language learning into your routine

In order to keep learning a language until you can speak it proficiently, you need to commit to studying over a long period of time. Treat a language like you would a diet or a fitness kick – eating healthily or hitting the gym just once a week isn’t going to result in real improvement. Everyone knows that. Equally, a foreign language also needs to be exercised more than once a week, so integrating it into your daily routine if you can, is the key to keep building and improving.

You can’t cram learning a language into one month. British diplomats often spend an entire year in full-time, intensive language training just to be ready to work in a foreign country, so if you’re attempting to learn part-time, then be sure you’re in it for the long-haul. I find the easiest way to commit to the long-haul is to truly enjoy the method of language learning you’ve chosen (see above). The second most important factor though, is to ensure it fits into your daily routine and that you allow time for language learning. For example, some of these might work for you:

This very last point is my favourite and really links to my personal objectives for learning a language. If you can link your methods to your goals and keep that primary objective in mind at all times, then I do believe it’s possible to make that New Year’s Resolution last beyond January and persevere until you reach an advanced level, or even fluency!

Do you have any other top tips or methods you’ve used to learn a language? What tools, website, podcasts or other techniques would you recommend? If you have any ideas particularly for me re-learning French then please do comment, and I’m also interested in suggestions for learning other languages too!