Postcard of the Week: Vernazza 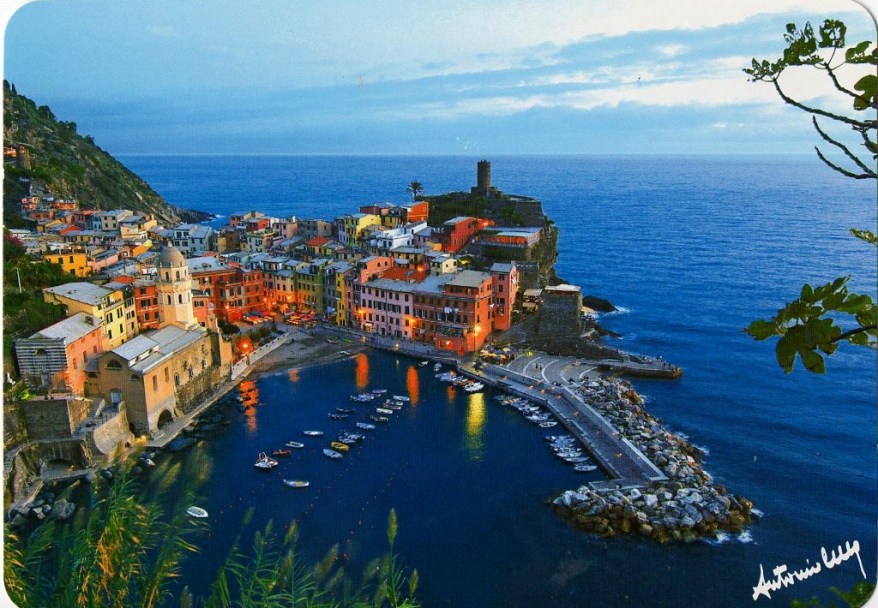 Vernazza is one of the five villages that make up the Cinque Terre, on the north-west coast of Italy in Liguria. The first time I visited, in the summer of 2011, it was absolutely stunning – the exact mirror image of this postcard. However, returning almost a year later in April 2012, that had all changed. Vernazza was very tragically hit by a tremendous flood on the 25th October 2011 which all but destroyed the pristine little village. Shops and businesses were completely filled with mud and even in April 2012 on my second visit, the locals were still working furiously to reconstruct their homes and livelihoods. The village of Vernazza is very lucky in that the other four villages still attract plenty of visitors, and they stop in Vernazza on their way to the others, so it won’t fall off the tourist map completely. Hopefully before long it’ll be back to its previous state and if so, it’ll be well worth a visit for its priceless beauty.