The Cape of Good Hope is the most south-westerly tip of the African continent and juts out into the Atlantic Ocean as a thin and mountainous peninsula. We dabbled with the idea of renting a car for our six days in Cape Town but without being too sure about the safety in certain areas and without a map, we decided to take the easy option and join Roger from BazBus for a day to explore the peninsula. The area has a fascinating naval and military history thanks to its strategic position and having been successively attacked and colonised by different nations including the British. (Where didn’t the British colonise?) 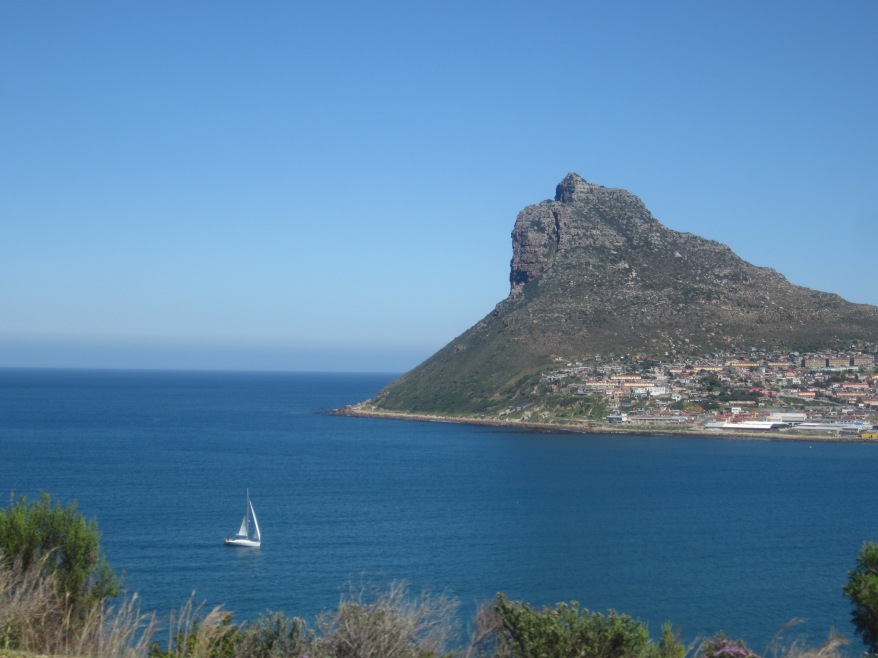 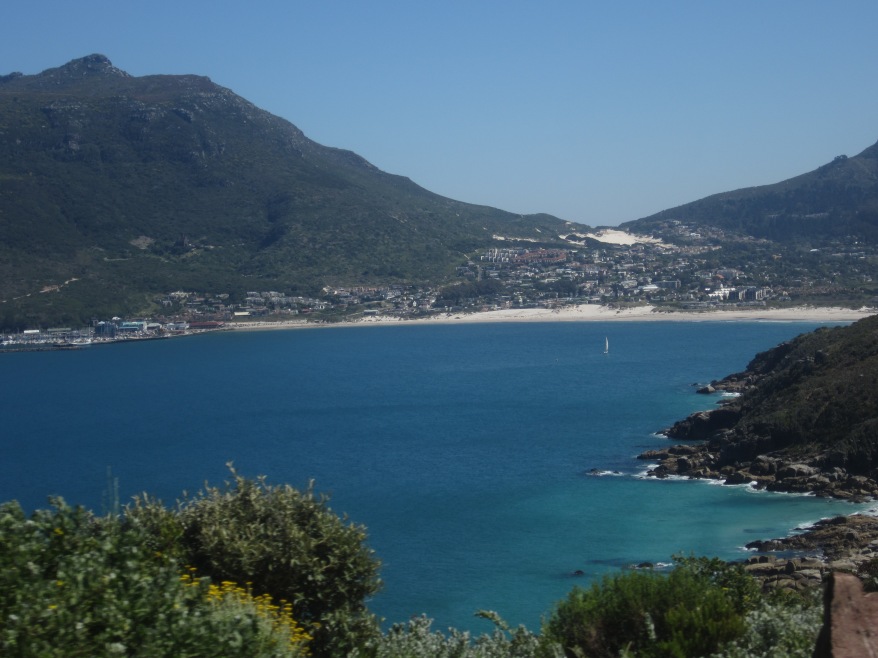 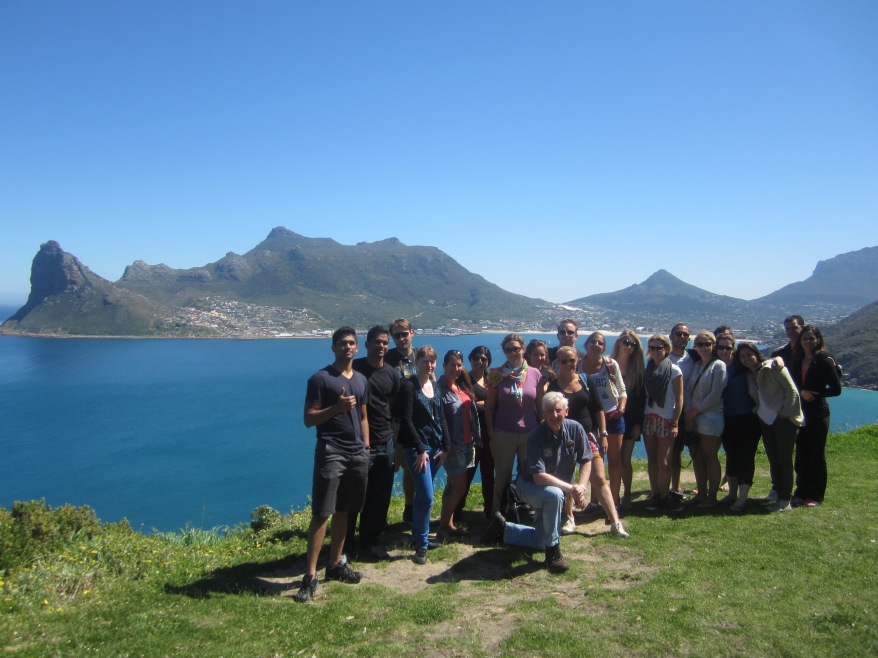 We spent the day in awe of the dramatic coastline created by the mountain range, visiting Hout Bay (where you can take a boat out to an island of seals if you wish) and then onto Simon’s Town, where to my immense pleasure we saw a colony of African penguins! I have a special affinity to penguins and although these ones were quite small, it was the first time I’d seen in the wild rather than in a zoo. Next up on the long list of animals we spotted was a whale! It’s possible to take a boat to go whale watching but we were fortunate to see one close to the shore by chance. 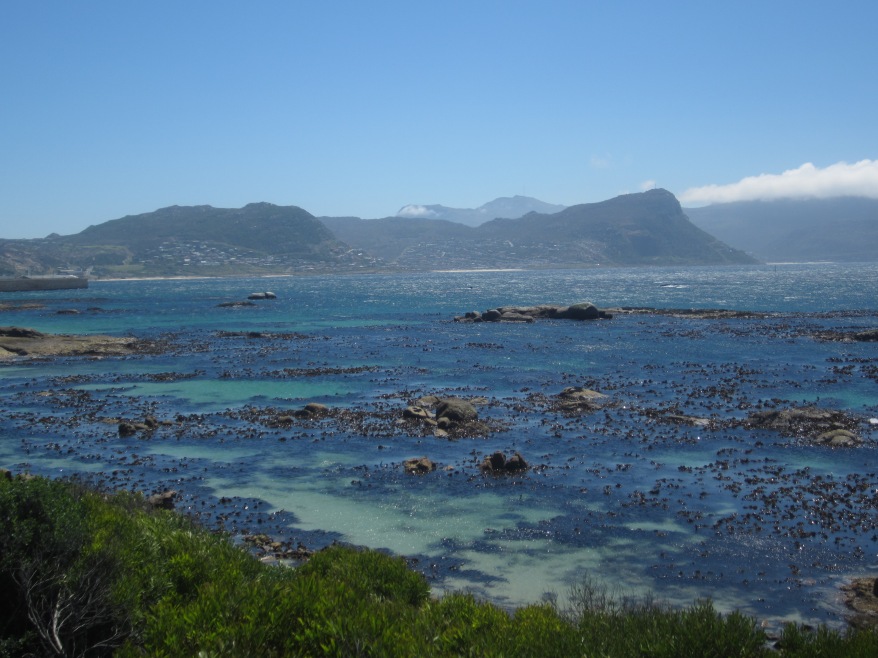 After a 5km cycle ride through part of the Nature Reserve we lunched and then pressed on towards the cape itself. Once you climb a few steps towards the lighthouse you’ll reach a rocky outcrop with a sudden cliff drop to sea level below, where crystal clear waves crash down onto unreachable rocks and a colony of birds swoop from rock to rock.

It was actually quite a mesmerising sight and held me captivated for quite a while, just watching nature go about its business as it has done for centuries and centuries, regardless of what impact we humans might make. In a similar fashion to Table Mountain, the beauty of it stuns you into a deep calm and that emotion is something that you can’t catch on camera, that you must experience there and then in person. 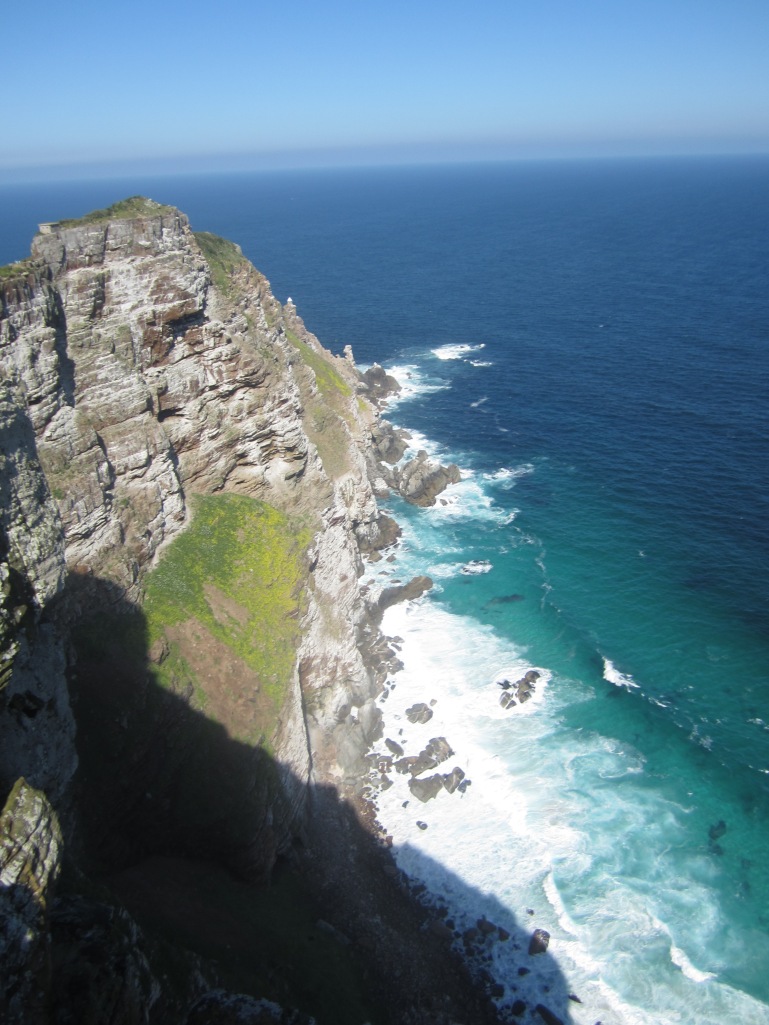 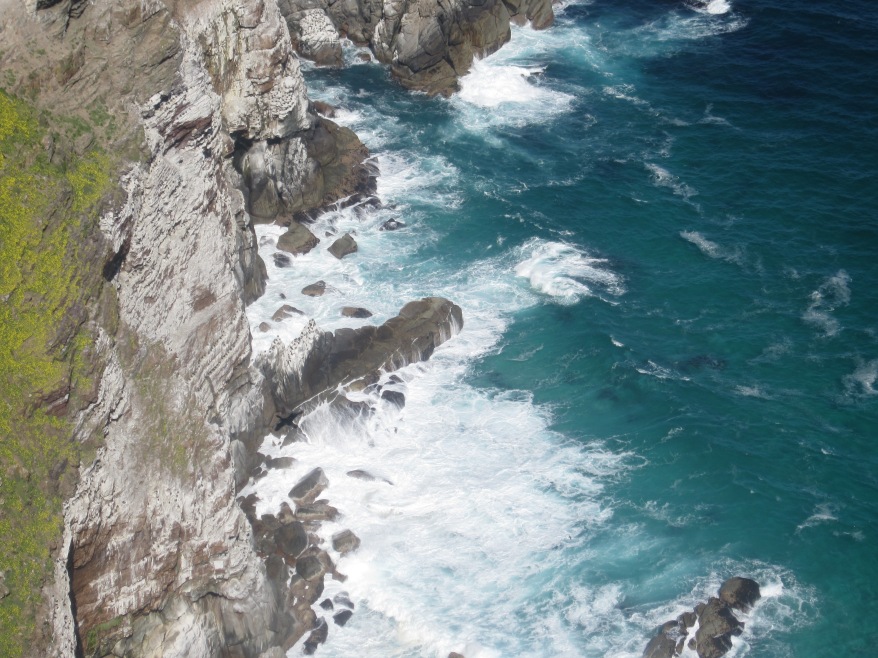 The Cape of Good Hope is known to be home to hundreds of sneaky baboons and even the odd ostrich too. After a long day we ambled our way back to Cape Town and all fell into a deep sleep in the van, as has happened pretty much every other time we’ve taken a tour!