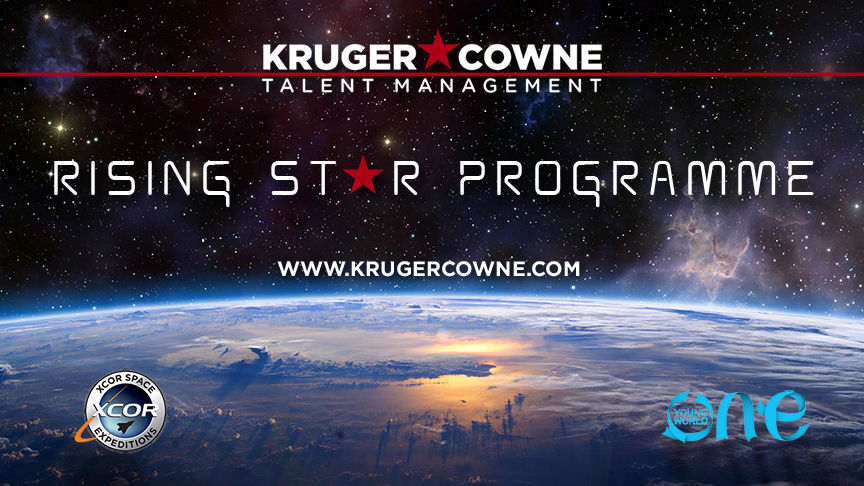 I officially have a 3% chance of flying into outer space in 2018!

What?! How?! I know, I’m struggling to believe it myself! Since starting this blog I’ve had more than my fair share of luck in the travel competition stakes, winning some pretty incredible prizes and trips to three different continents. But this competition eats all the others for breakfast – this is the king of all travel competitions! And not only is it an incredible competition, newsworthy in its own right for being simply unbelievable, but I’m actually in the top 30 shortlist to win a trip into space! As you might be able to tell from the exclamation marks, I am majorly over-the-top excited!! My family are understandably not quite so ecstatic about the prospect of sending me off to space, but I can deal with that.

So you’re probably wondering how on earth this competition came about and why on earth I qualify for it, especially considering my complete lack of any scientific studies beyond age 16…

Well it’s all linked to One Young World, which I’ve been writing about for two years, so I’m hoping it’s not new to you. One Young World is basically a life-changing experience that happens once a year and gathers 2,000 young people from 180 different countries to discuss solutions to the world’s most pressing problems. Each of the 2,000 delegates has to prove why they’re worthy of such an opportunity and they need to find sponsorship to attend, either from a charity, an NGO, their government or their employer. In 2013 I attended my first One Young World summit in Johannesburg and in 2014 I was one of a lucky few who was allowed to attend the Dublin summit as a Returning Ambassador. On both occasions I was sponsored by my employer and I had to enter an internal competition to win a coveted place. I could go on for days about the impact One Young World has had on me, about the people I met there, about the brave and inspiring people I saw speak, including Winnie Mandela, Yeonmi Park, Kofi Annan, Mohammad Yunus and Richard Branson, about the debates I had and the tears I shed at the truly sorry state of our poor world. Read my blog posts about One Young World or ask me more if you wish, but for now I’ll get back to the topic in hand: my potential trip into space!

So at the Dublin summit last October, One Young World and Kruger Cowne announced the Rising Star Programme – a competition to send a One Young World ambassador into space on an XCOR space flight with Spaceship Earth Grants. Why, you ask? Commercial space travel is literally just around the corner (although still at astronomical prices as you’d expect) and they want to help propel an outstanding young individual and give them a platform to speak publicly about their journey into space and the causes they passionately want to change in the world. Along with the trip into space (which would normally cost $100,000), the prize will also include a 3-year contract with Kruger Cowne to speak at events and receive mentoring from some of the biggest names out there (take a look at their website to see what I mean).

So I obviously entered the Rising Star competition as soon as it was announced! I wrote about it here as well, to give the team at Kruger Cowne a better idea of who I am and to begin documenting the journey. If you’re a regular reader then you’ll know that I tend to write as if I were telling a story, contextualising and connecting each blog post to others, to give it more of a personal angle and to let you see the writer behind the blog. I very much saw that first post about the competition in October as the beginning of the journey. In February this year while waiting to hear back about the competition, I wrote an opinion piece asking whether space travel is the future of the industry (read that post here). This here is the third instalment in the journey.

Then in June this year I received an email asking me to answer 10 more questions about my fears, my motivations, my achievements and my hopes for the future. By answering those questions I actually learned a lot about myself, things I hadn’t verbalised before. Here are a couple of the best questions for you to ponder if you’re in a philosophical mood: What do you want your life legacy to be? What does success mean to you? What’s your greatest achievement to date? What’s your greatest fear? What would you change about yourself if you could? All very good food for the soul. The biggest revelation for me was defining my life legacy. I settled on wanting to be a good role model and having a positive impact on the lives of others, much like my mother has and my grandmother had on me…

Then out of the blue two weeks ago I was told I’d made it into the top 30 shortlist! They received applications from over 75 countries so I am bewildered as to how on earth I have managed to make it onto the shortlist, but I am obviously thrilled! The next stage of the competition is to have my profile and a biography published on the Kruger Cowne website along with the 29 others on the shortlist. This involved making a 2-minute video saying why they should choose me to be the Rising Star, which took a whole Sunday afternoon and night to produce (that was a fun Monday morning after only 30 minutes of sleep…). Here’s the finished product:

Congratulations also to the other 29 shortlisted applicants, all of whom are frighteningly successful and inspiring in their own right. It’s certainly very tough competition but it looks as though I’m in very good company. Fingers crossed! The judges will then choose just three of us 30 to send to this year’s One Young World summit in Bangkok, where the chosen three will each give a keynote speech to the entire summit, and shortly after the judges will choose the winner. Beyond that there are several further steps before I would actually don my spacesuit:

Doesn’t that all sound absolutely flipping amazing! I should find out whether or not I’ve made it as a finalist in October, and I would be heading out to Bangkok shortly after in November. Until then I don’t know how I’ll contain my excitement! To make sure I make it to the next stage, I really need your help to catch the attention of the competition’s judges (musician and activist Bob Geldof, astronaut Ron Garan, OYW founders David Jones and Kate Robertson, writer Fatima Bhutto, and Kruger Cowne founders Gina Nelthorpe-Cowne and Mark Cowne).

To do this I really need your help in tweeting and sharing my profile on the Rising Star website: http://www.krugercowne.com/risingstar/shortlist/virginia-stuart-taylor/

Many thanks in advance – I really appreciate all your help!

I'm thrilled to be in the Top 30 Shortlist for the @krugercowne Rising Star Programme! krugercowne.com/risingstar/sho… Pls #sendmetospace by sharing!

Leave a Reply to Kelly | The Wandering Blondelly Cancel reply