Twice a year, the VIPs of the fashion world get to go on a month-long trip around the world, all in the name of work. At the moment they’re nearing the end of their month-long jaunt through the most stylish and glamorous cities in the world and they’re preparing to head back to their home countries to decide what we’ll be wearing next season. I am, of course, talking about Fashion Month. Fashion Month is actually a series of four individual Fashion Weeks, beginning in the edgy streets of New York, weaving through the grand neoclassical architecture of London, hopping over to the elegance and bella figura of Milan, finally towards the chic and arty surroundings of le beau Paris.

New York Fashion Week is held in the Lincoln Centre, New York, in a privelaged position just to the south west of Central Park. 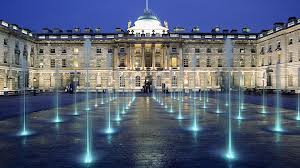 London Fashion Week is held in the majetsic setting of Somerset House, right next to the Thames River in London

The Galleria Vittorio Emanuele II, Milan. Milan Fashion Week is held all over the city, but the Galleria is one of the most iconic shopping destinations the city has to offer, alongside Via Monte Napoleone. 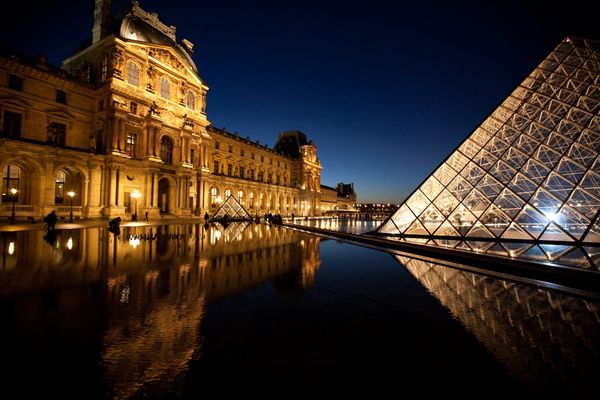 Paris Fashion Week is held just under the Louvre in Paris, in the Carrousel du Louvre.

I follow a huge variety of blogs, including a lot of travel blogs and even the odd fashion blog, and I have to say that I am oozing envy for all the fashion bloggers (such as Chiara Ferragni of The Blonde Salad, for example) who have been jet-setting their way around the world since 7th February, accepting invitations to front row seats at the most exclusive catwalks and swanning between cocktail parties and after parties hosted by the brands the world lusts after. It’s a comforting thought to know that bloggers are being taken as seriously as traditional journalists (if not more so). I fully admit that I am not a fashion blogger, nor do I have any plans to become one, so it’d be wrong of me to launch into an analysis of the trends we’ll be seeing over the next few months, and you’re probably not here reading my blog in search of “top tips for Autumn/Winter 2013”. Fear not.

What appeals to me about this Fashion Month, as I like to call it, is the travelling. Four different countries in four weeks. True – they are fairly well-trodden paths, with the migration of the entire fashion industry from city to city each February and September. I imagine that some of these migrating creatures must long for a new location every once in a while, as I would certainly prefer to visit somewhere new every six months, rather than return again and again to the same places. But I’ll confess that I would like to “do” a Fashion Month at least once in my life. I’ve already been to New York, London, Milan & Paris and I’ve seen all the tourist sites. Immersing myself in that fashion atmosphere, surrounded by the coolest people, amusingly eyeing up the eclectic street style that tends to pop out from the woodwork when Fashion Week is nearing, and lusting over what I’ll be wearing next season… it’d be a whole new way of getting under the skin of these fabulous cities. I’d love to do it at least once.

You may be thinking that this doesn’t sound like the girl who normally writes this blog, and you’re right – I don’t religiously follow fashion, but I do happen to have dabbled in dressmaking in the past, and after all, I have interned at Giorgio Armani in Italy. My life certainly isn’t ruled by fashion, but I do like to dabble every now and again. And to anyone who’s wondering who to invite to any events during Fashion Month in September 2013, then I have my hand raised over here!

If you’re interested in winging your way to a fashion show next September, then here’s a good guide I’ve found to help you get there, from LiveRunway.com.