Postcard of the Week: Osborne House on the Isle of Wight 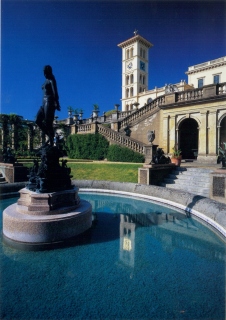 Last week my mother and I headed over to the lovely Isle of Wight, just off the south coast of England, for a mother-daughter day trip. We packed in as much as we could into one day, and the very first thing we did after getting off the Red Funnel ferry that took us to East Cowes from Southampton, was head to Osborne House. If you haven’t heard of it before, it was Queen Victoria’s favourite residence and also housed her extremely large family. As the museum inside the house will tell you, the Queen loved the peace and quiet of the Isle of Wight, and once you see the sea view from the main terrace, you will understand why! Osborne House is no grand palace or ancient castle, and is nothing like the enormous Chateau de Versailles which I visited last month (again with my mother, see my blog post here). It’s more like a stately home, and you can look round it in a couple of hours. Put it this way – your feet won’t ache after looking round it like mine did after Versailles!

Photos aren’t allowed inside so you’ll have to see the interior with your own eyes and content yourself for now with the postcard above that I picked up in the souvenir shop, and with the photos below taken with my own camera. 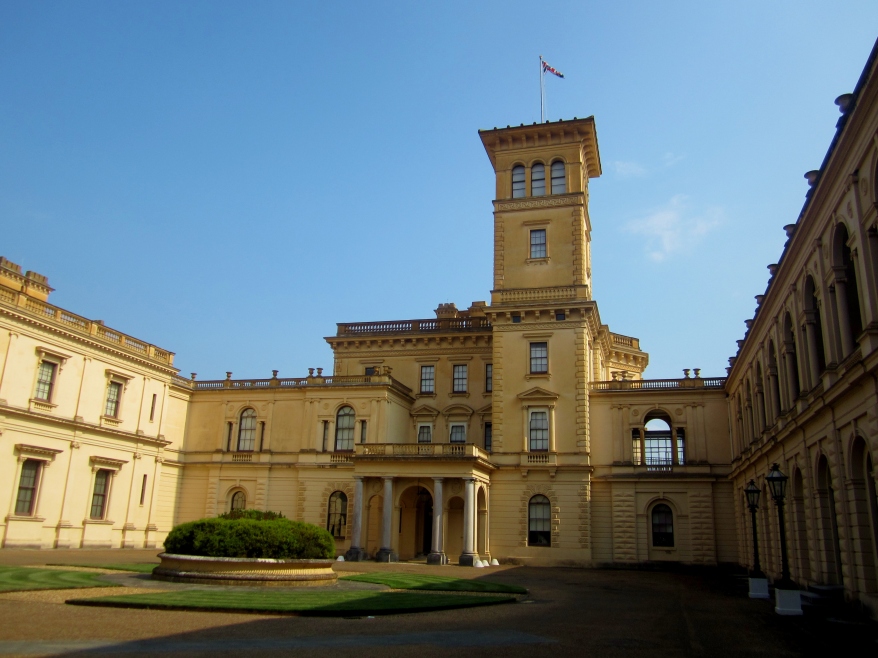 The fairytale doesn’t have a very happy ending however. The Queen’s beloved husband Prince Albert died at the the young age of 42, leaving her heartbroken and with 9 children. She was quite the diplomat and managed to arrange strategic marriages between her 9 children and the majority of the other royal families across Europe. Little did she know that 13 years after her death in 1903 that many of them would end up either executed or exiled by revolutionaries as the First World War began. One thing that I didn’t realise before is that Queen Victoria is related to pretty much every member of the current royal families across Europe: Belgium, Sweden, Spain, Denmark, Russia, Norway and the Netherlands. But even more interesting than that is the fact that Queen Victoria is the great-great-grandmother to both Queen Elizabeth II and her husband Prince Philip! Very cosy.

Look at that sea view with all the yachts sailing around, with the mainland in the far distance. To the naked eye we could even pick out Portsmouth’s Spinnaker Tower. 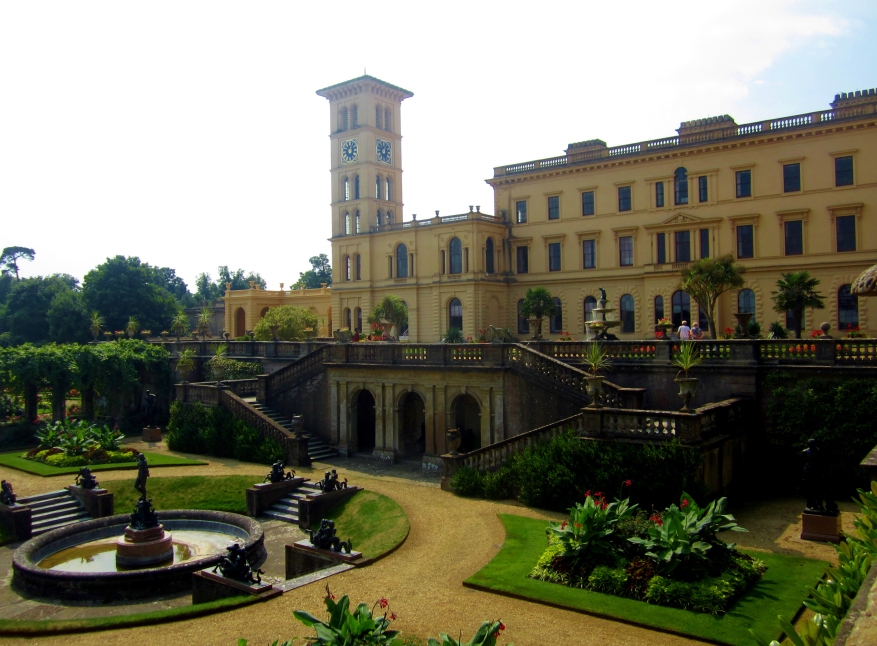 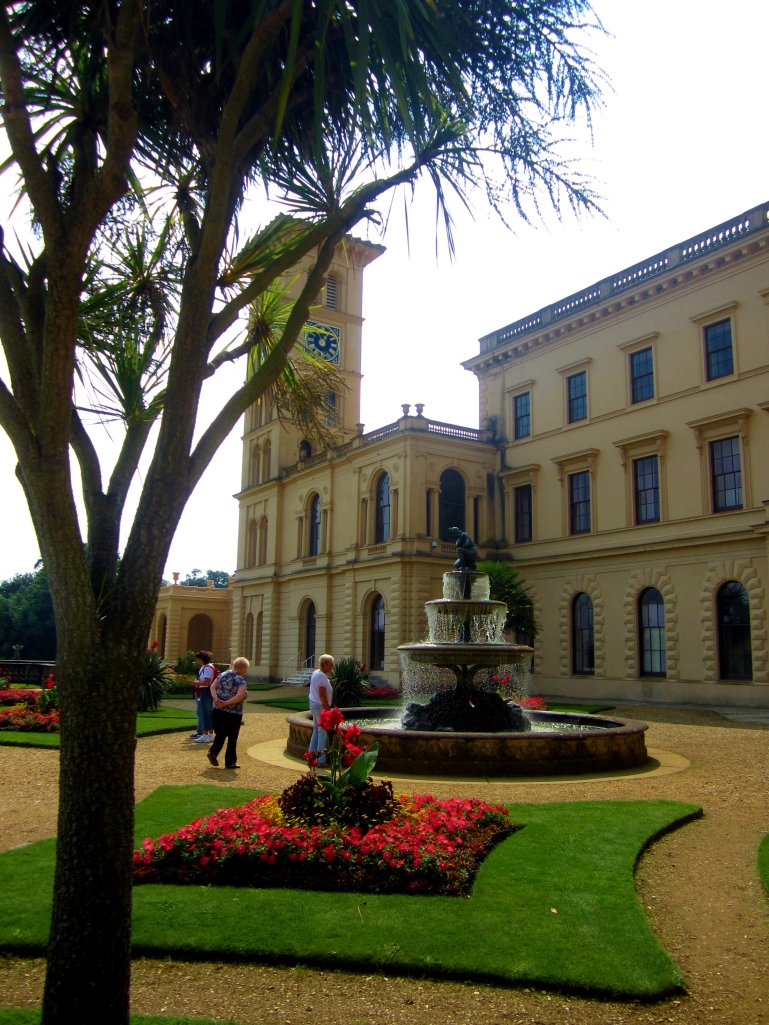 This path leads down to the Queen’s private beach. It’s alright for some!

It looks a bit too exotic to be in Great Britain don’t you think? The weather on the Isle of Wight was perfect and it’s only a 1-hour ferry from the mainland. Such a perfect destination for a weekend escape without the hassle of flying and airport security checks.