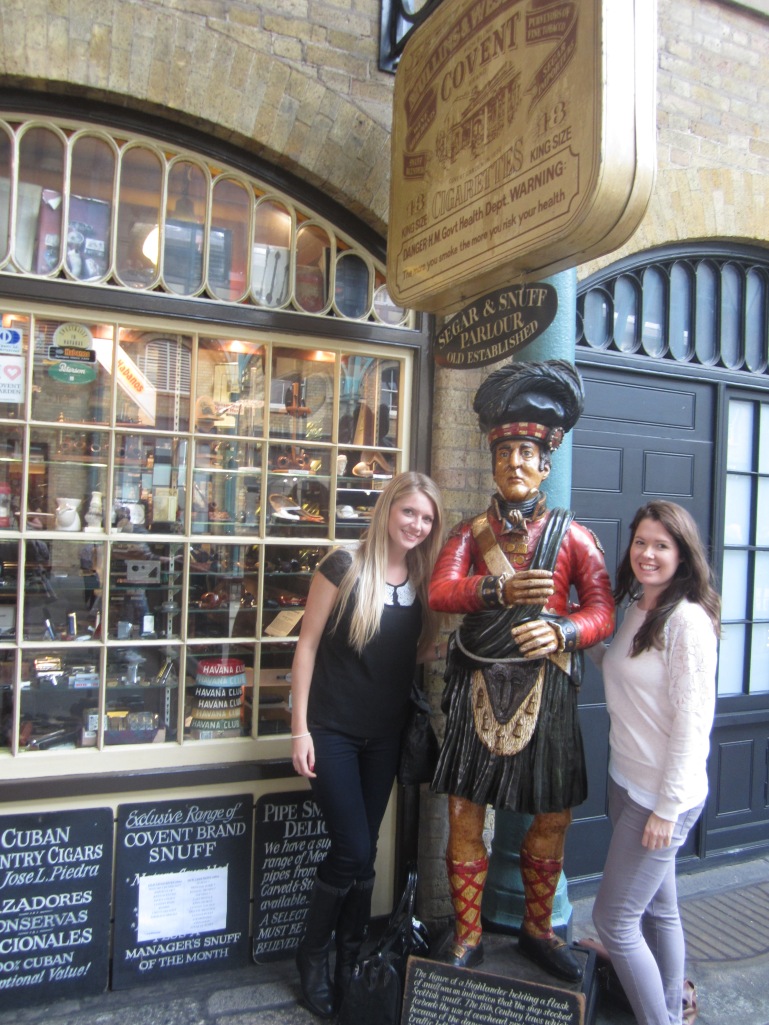 Back in August I went on a lovely walking tour around Shoreditch, one of the up-and-coming areas in East London which draws artists and a trendy crowd as strongly as a magnet. I wrote about it in my article Street Art Walking Tour around East London and it is run twice weekly by the lovely people at Insider London. As I enjoyed that walking tour so much, I was very keen to do another and so they invited me to learn about some of the quirkier aspects of London’s varied history on another one of their tours. Armed with a pair of non-Londoner friends (as I am always on my crusade to get non-Londoners to move to London) we joined the Quirky History of London tour that begins in Covent Garden at 11:30am on Saturdays or 7pm on Mondays. 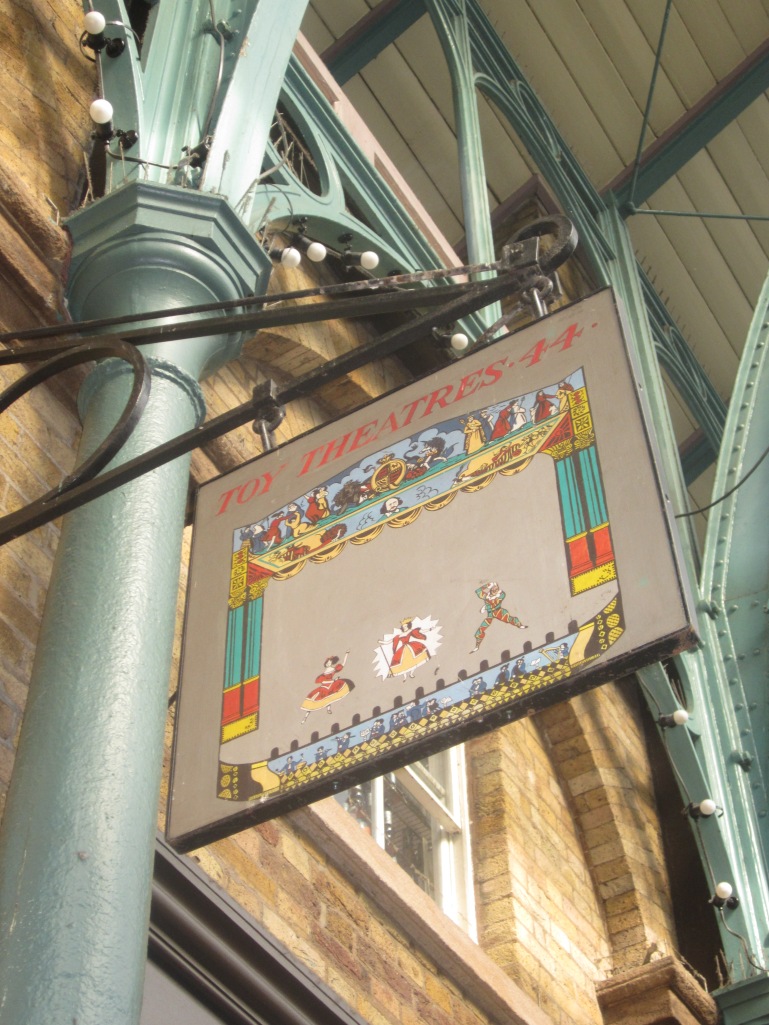 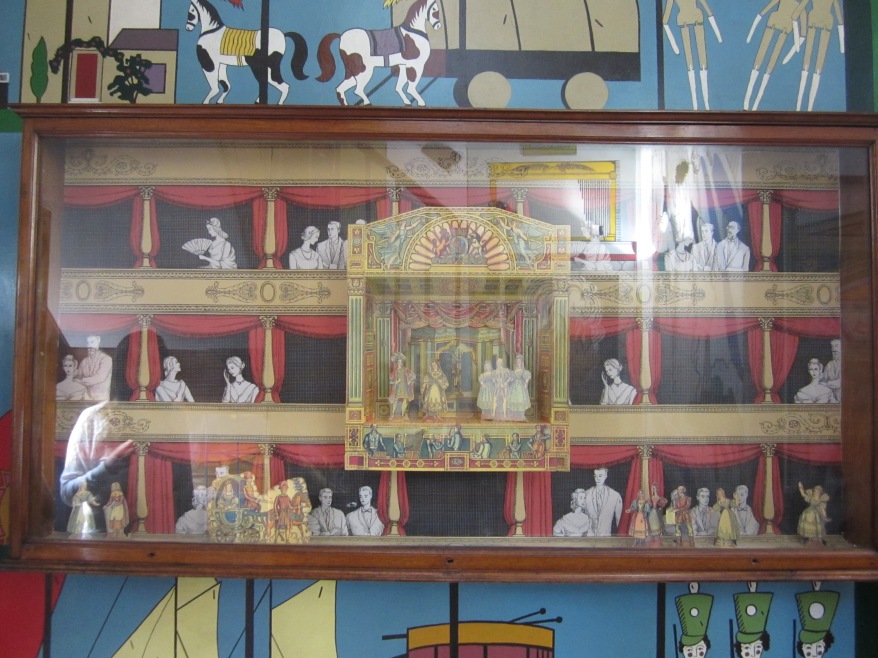 Without wanting to give away too many of the fascinating facts, which would kind of spoil it for you really, I will give you a bit of an idea of where we went and what we discovered about our intriguing capital city. Any self-respecting London resident will have been to Covent Garden too many times to recall, and I am no exception. However I no longer take the time to browse and exercise my curiosity, as I’m usually heading in a rush to one particular bar/restaurant or to a particular building (City Lit is nearby, where I attend a lot of the random 1-day courses that take my fancy). Had you, for instance, noticed the Toy Theatre shop? Or the Snuff shop? Did you know that the first every puppet performance of the well-known Punch & Judy took place on the very steps of St Paul’s Portico, where buskers now entertain great crowds, but only once they have impressed and passed a rigorous selection committee which maintain control over the quality of the street performers? 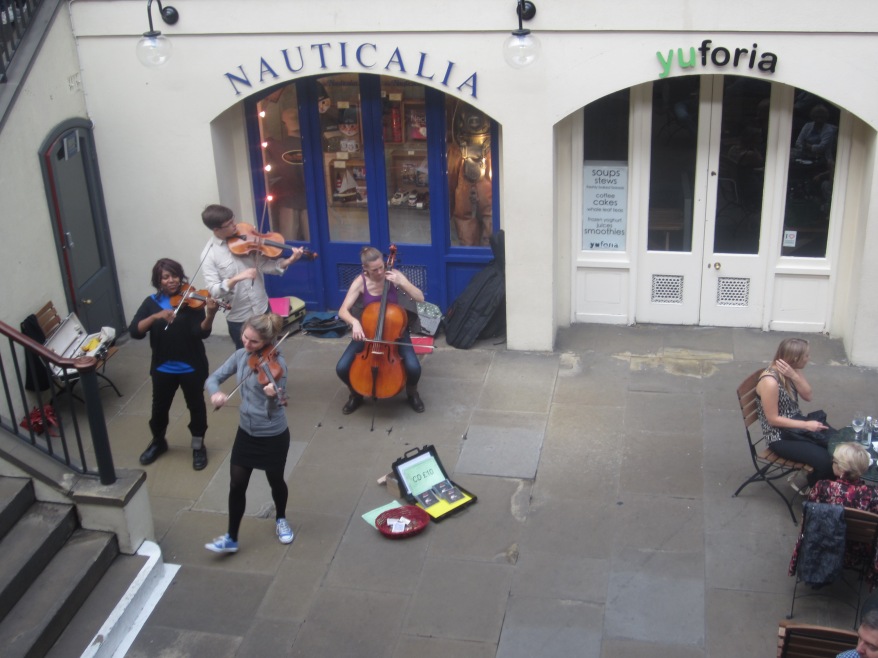 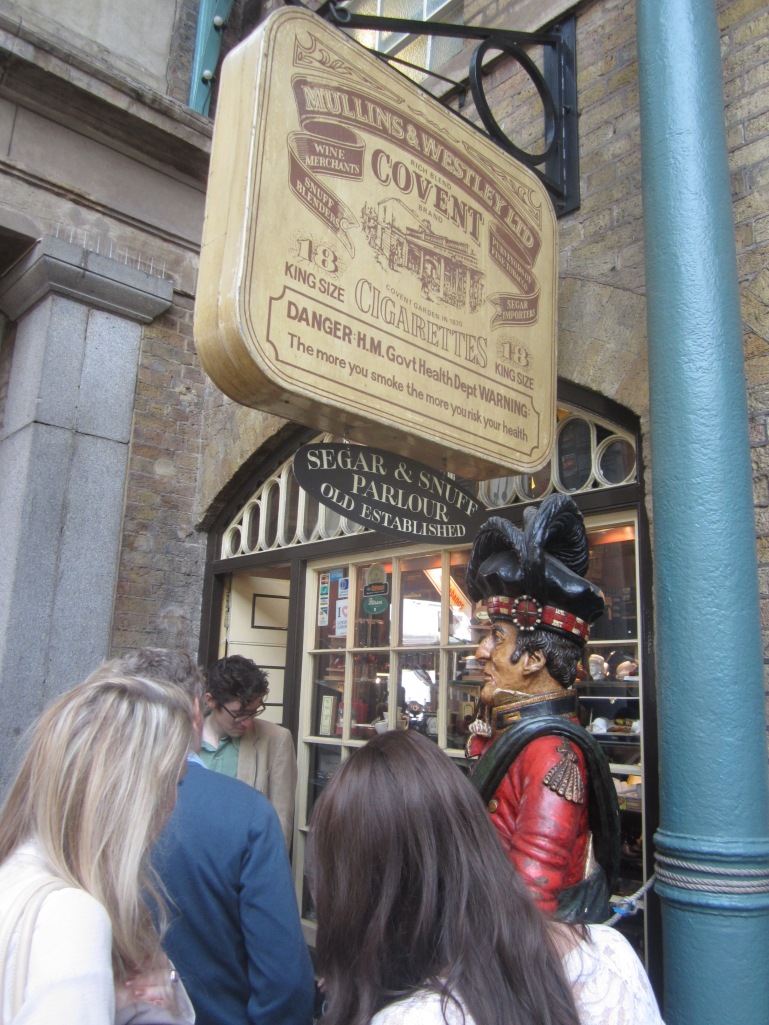 After dabbling in the history of London’s theatre district, the West End, and its links to prostitution, we crossed through the majestic Somerset House to the banks of the River Thames, which used to be wider and even froze over during the winter months! Market stalls and horse races would take place on the frozen river and people would cross from side-to-side freely without having to pay a toll. I have a theory that herein lies the root of the ‘North of the River / South of the River divide’ that we residents are guilty of. Hundreds of years ago, if a poor person couldn’t cross the river then said river would take on the significance of a border, a barrier between the two sides…

Heading along the Strand we reached the Savoy hotel (if you haven’t heard of it, then you should have!) which began life as a theatre before branching out into luxury accommodation. The legend goes that Caspar the Cat will join you at dinner if you have a party of 13, in order to avoid there being an unlucky number of guests and running the associated risks that have built up from rumours over the centuries. 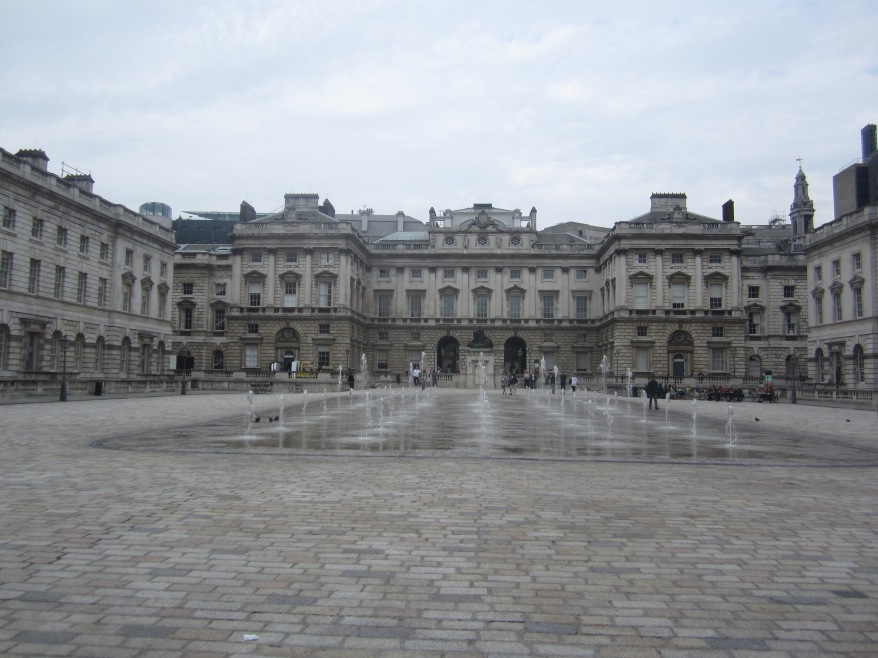 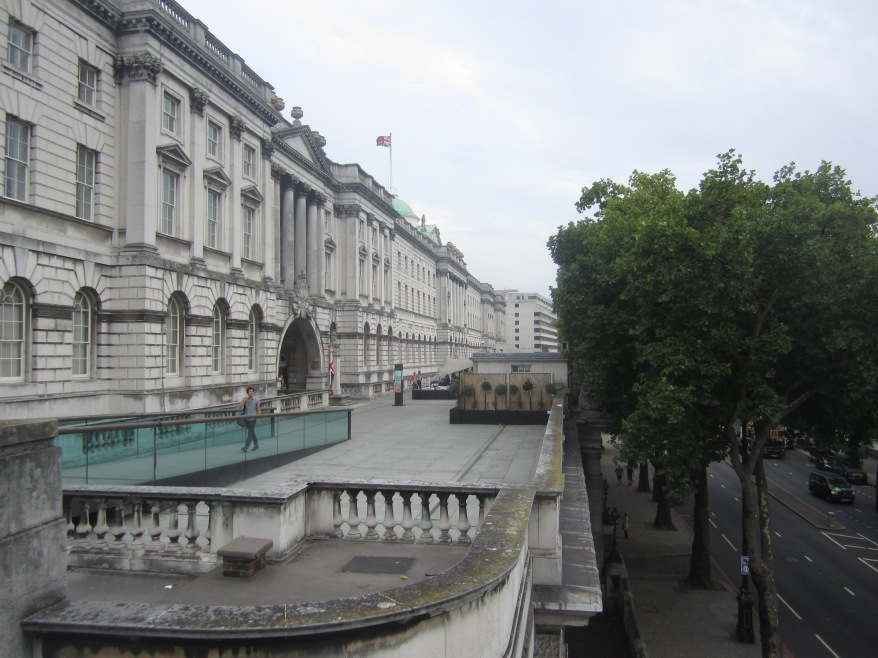 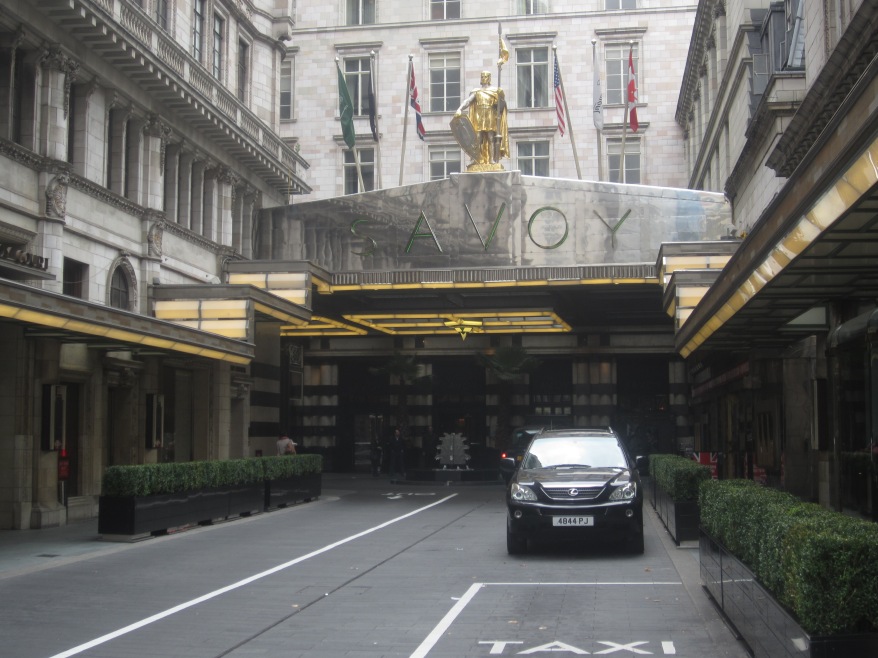 Alongside anecdotes about particular buildings or monuments, another dominant theme throughout this walking tour was the sheer plethora of scandals created by monarchs who found themselves embroiled in rather salacious situations. The tour then winds its way towards Trafalgar Square where more historical context comes into play with the 52 metre-high Nelson’s Column and the clever little insults we Brits hurled at the French after our victory (at the Battle of Trafalgar) – you’ll see what I mean on the tour. 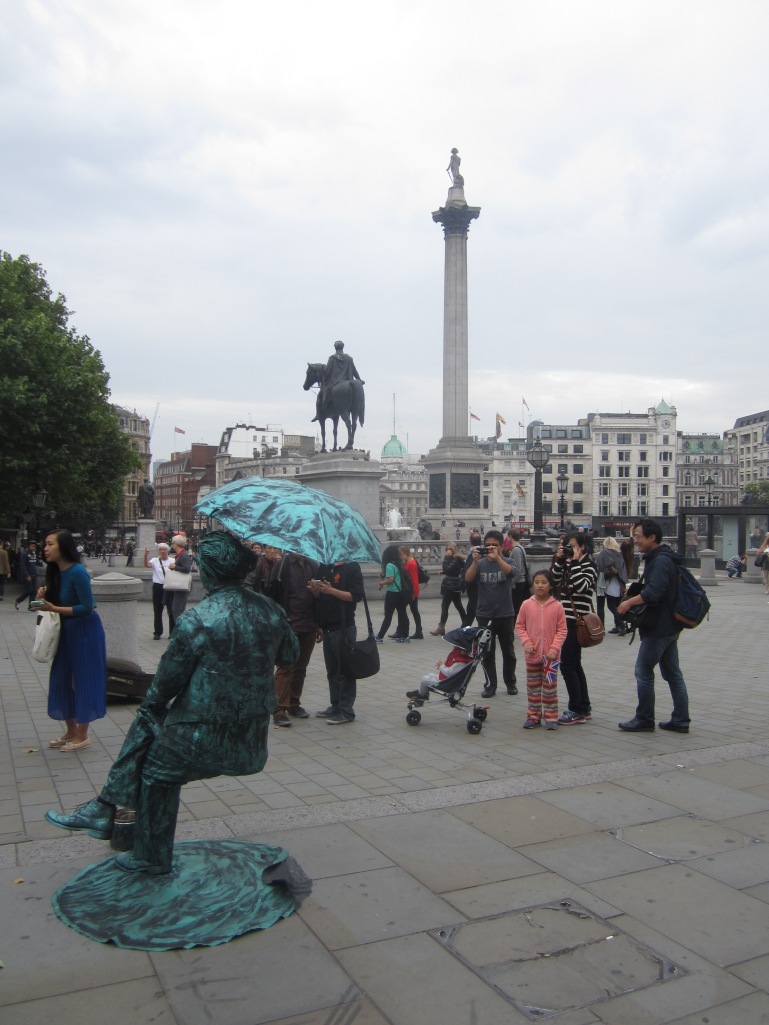 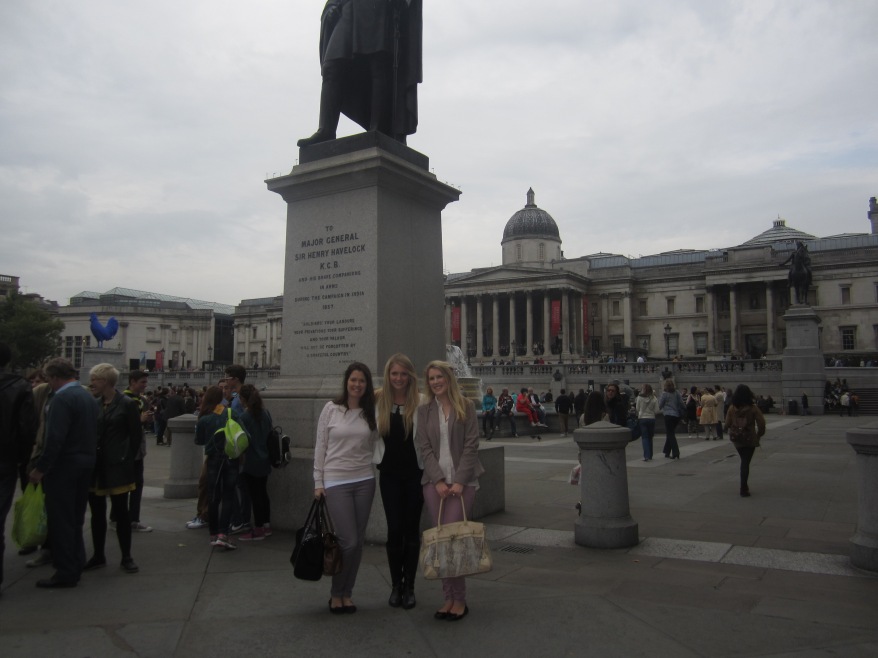 While walking around Shoreditch was a good 3-hour activity, this tour was a little more lenient on the feet at only 2 hours long. It’s £18 per person and runs on Mondays & Saturdays. We three finished up the tour feeling that much more knowledgeable, with fresh pub quiz material at our fingertips. I’d recommend it for anyone from outside of London, or for someone who’s yet to get their bearings, as this tour shows you a really popular area of London that you’ll be bound to re-visit soon. Plus, I simply love random facts. Thank you to our lovely guide for such a lovely fresh way to continue exploring the thrilling city I live in and too often take for granted.