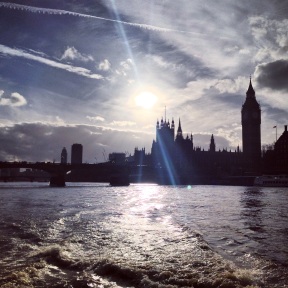 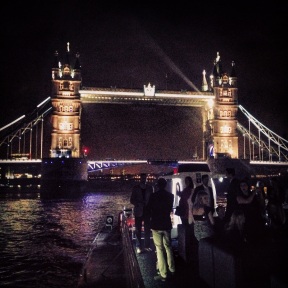 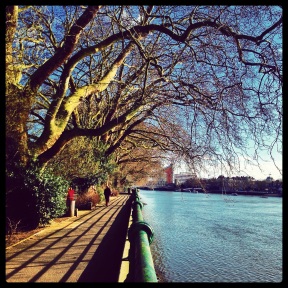 I’ve been hoping that not too many of you will have noticed, but I’ve got a slight case of writer’s block. Since starting this blog I’ve only had it briefly once before, but that was down to too much travel (my coast-to-coast US trip) and exhaustion from having too much to write about and too many photos to choose from. I soon snapped out of it.

This time it’s a bit more worrying. Recently I haven’t been travelling nearly as much as I’d like, and it’s affecting other parts of my life too. Does anyone else find this? Since starting a new job in September, my business travel has extended as far as Dublin, Glasgow and Manchester, and that is not what I consider travel! For me, travel involves a culture very different from my own and a change of scenery, which those three cities do not provide. Previously I travelled lots with work (all over Europe, even to South Africa and of course I moved to Madrid for 6 months) and I travelled plenty in my own spare time too. But for almost four entire months from mid October 2014 to early February this year I didn’t leave the country once! And it’s had a serious impact on my general life satisfaction and even my productivity. I haven’t been blogging as much as I’d like and to be honest I’m bored of London. I’ve been back in London seven whole months now and I’m just not that enamoured by the city any more. Which is a sorry state of affairs I can tell you!

So instead of jumping to conclusions I tried to work out what else this “blip” could be attributed to. The British winter weather? Quite possibly, as I haven’t had a British summer since 2013, but then again summer in Spain last year was not to be sniffed at. My half marathon training? On Sunday 22nd March I ran the Hampton Court Half Marathon (and I made it to the finish line!) meaning I had spent much of the previous two months training and clocking up the miles along the Thames Path to get my body in shape for a 13.1 mile run. Training took up quite a lot of my time, so that could be it, although don’t they say that exercise gives you more energy, not less? Could it be Dry January that’s given me writer’s block? I personally loved Dry January and felt 100 times better and healthier because of it, but maybe alcohol is the essential ingredient that gives London its spark? Could it be my lack of free time as I fill my evenings with too many networking events, talks and panel debates on interesting topics, my RYA Day Skipper evening classes, exhibitions and the arts? Could it be the stress of a new job? Could it be a ‘quarter-life crisis’ as everyone around me appears to be growing up far too fast and buying houses or getting engaged (please slow down everyone – we’re only 25!)? Could it even be the loss of my long-standing Postcard of the Week series which had kept me to a very rigorous blogging schedule? It could be any one of those distractions but I think this “blip” actually comes back to itchy feet and my problem with staying in one place for too long. 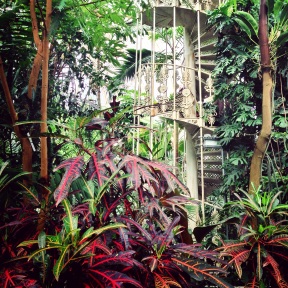 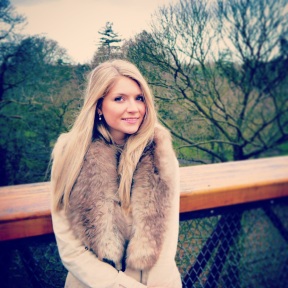 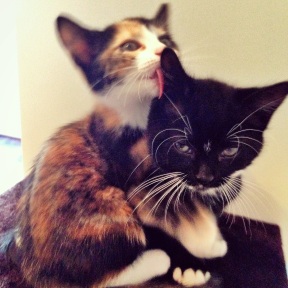 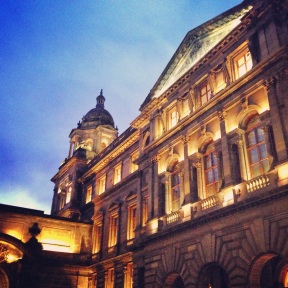 I find myself getting irritated by seeing other people check into airports on Facebook (and yes I’m well aware that I’m guilty of that myself too!), I find myself envying other travel bloggers who are racking up the airmiles faster than me and I no longer enjoy reading about travel as much as I did just a few months ago. I find myself daydreaming not just of regular travel for a week or long weekend, but of dropping everything and moving abroad again. Unlike a lot of travel bloggers, I’m not contemplating going on a digital-nomad-round-the-world-trip-funded-by-my-blog, as I honestly think it’s a little delusional… There are simply too many bloggers already doing that and revenue sources for bloggers are drying up. I’m glad that I have a separate career so that I’m not financially dependent on this blog and my ability to dodge writer’s block! But I do still dream of moving abroad, and because of that it’s getting harder and harder to be content with London.

So what can I do to cure this case of wanderlust? Thank god I have three decent and exciting trips coming up over the next three months, which might help to keep me sane! This Friday I’m heading to Iceland with family friends to (hopefully) see the Northern Lights, then I’m spending 10 days in April in Tanzania and Zanzibar with my boyfriend, and in May I’m going sailing in Antigua for 10 days with my mother and sister. Three new countries for me on three different continents and I honestly cannot wait – I’m not sure which one excites me the most! But I’m also hoping they’ll get me back into the swing of blogging as I approach my 3-year blog anniversary this June. 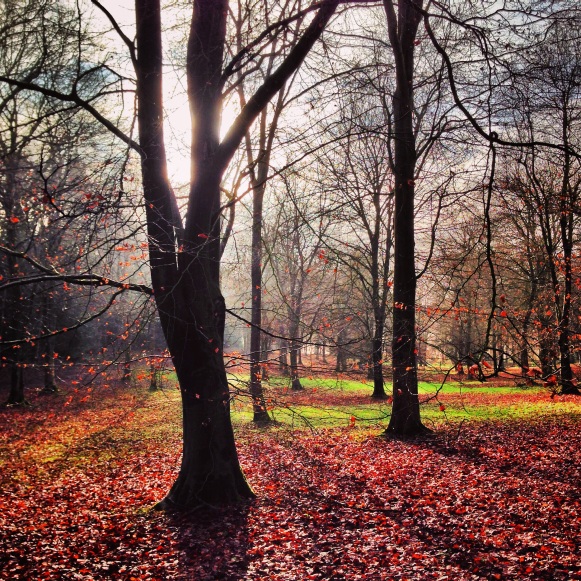 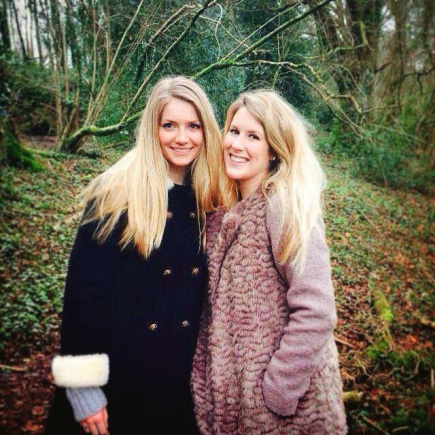 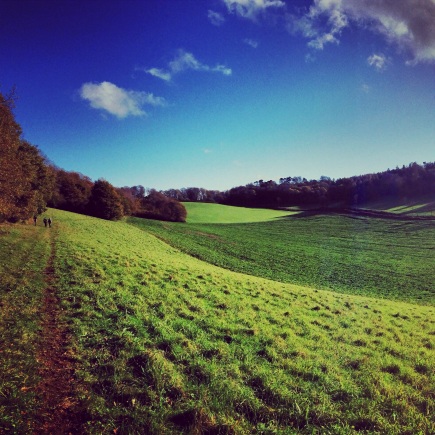 I’m aware that I’m behind on a number of posts I committed myself to in my ‘New Year New Blog‘ post, such as my monthly insights into different cultures, my good deeds series and I still haven’t written about the fantastic weekend in Copenhagen that my boyfriend treated me to in February. January didn’t hold any international travel for me, but I did escape home to Hampshire with uni friends and discovered Mottisfont Abbey, a stately home I’d never heard of before despite it being only a 10-minute drive from my house! So I’m still on track for my “one trip per month” goal, if I’m allowed to bend the rules a little for January. I promise publicly that I will get myself back on track, and who knows, maybe the answer is to re-instate those Postcards of the Week! It was actually a slightly painful moment in Copenhagen when I picked out my usual postcards, knowing that this time however they wouldn’t be making an appearance on my blog… 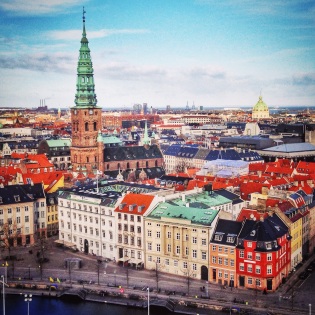 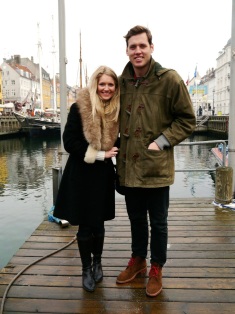 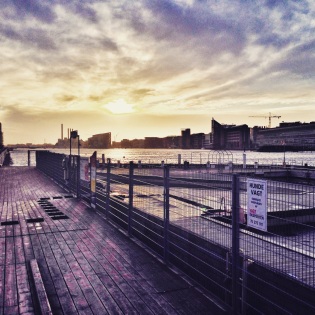 I’m hoping that airing my feelings will be therapeutic and help me snap out of this “blip”. How do you cure your itchy feet and learn to love the place you live instead? Or do you think I should just listen to my heart and give up on London to move abroad? And if any other bloggers have experienced this too then please do commiserate!