New Year, New Blog! The Well-Travelled Postcard Gets a Refresh in 2015

I recently wrote about my New Year’s Travel Resolutions and I hinted at some new plans for 2015 and some new features on my blog too. The turn of the year is always a good time for a refresh and I think my blog is one of those things that could do with a little sprucing up. So there are a number of changes to announce!

In December 2014, after two and a half years of blogging, I finally updated my blog’s theme! My blog entered the world with a free theme, called Oxygen, back in June 2012 while I was still figuring out what this blog was going to actually be. Oxygen shortly became the 18th most popular WordPress theme and not only now looks outdated, but is far too common – my blog has ceased to look unique. The Well-Travelled Postcard has now grown up and blossomed into a new WordPress theme with (hopefully) less clutter and a sleeker, more aesthetically pleasing feel. The photos are bigger and thus allowed to take centre stage, there are fewer widgets in the sidebar to distract the reader’s eye and my blog’s header has been reinvented: previously displaying postcards, it now shows various travel photos of mine. What do you think of my blog redesign and what would you suggest I work on to improve it further?

The change of header is related to a bigger change: I’m retiring my Postcards of the Week! The initial concept was to post a different postcard every Monday morning – a snapshot of a destination to inspire you, with a short explanation or story beneath. Having a fixed weekly routine really helped me get into the swing of blogging and prevented me from getting writer’s block early on. The concept fitted very well with my blog’s title, as I’ve a huge number of postcards which have followed me around the world as I move from country to country. Indeed, even now I have a selection of postcards blue-tacked to my wardrobe in London. 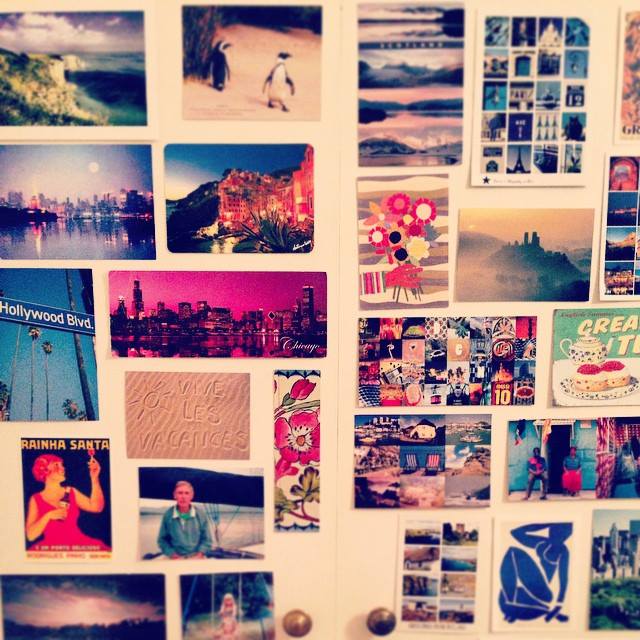 Not only am I starting to run out of postcards to put on the blog (they are all genuine postcards by the way, someone thought they were photos I had taken myself!) but truthfully they’ve never attracted a huge number of views. Of course that’s not the main driver for writing this blog, but it is relevant when deciding what to invest my efforts into. Simply put, if my readers are not interested in weekly postcards, then I won’t bore you with weekly postcards! So my 128th and very last Postcard of the Week was published on Monday 29th December 2014 and was simply a postcard I bought in Holborn, London, saying: “Life is breathtakingly beautiful”. I got a little philosophical with this particular postcard, as I knew it would be my last. If you want to browse the archives of all 128 postcards then head over here. What do you think about my abandonment of the Postcards of the Week?

Change no.3: A new monthly Insight into a Country’s Culture

One of my new year’s resolutions is to research and learn more about different cultures around the world. It’s an element I loved about my degree in Modern Languages and something I miss now that I work full-time. So I’m going to spend each month this year investigating the culture of a country I am yet to visit, and will publish my findings at the end of the month. January = India! I’ve never been to India before so would love to read blog posts about India or watch films about India – please give me your suggestions! I’ll be asking bloggers who specialise in each particular country to provide quotes and contribute to the research so let me know if you’re an expert in India and are happy to get involved!

I’m pretty flexible about the countries for the rest of the year, but so far am thinking of covering: Brazil, Russia, Sweden, New Zealand, Madagascar, Tanzania, Venezuela, Morocco, Japan, Poland and Jordan. Let me know if you’re an expert on any of these countries.

Change no.4: A new focus on Good Deeds Through Travel

Another one of my resolutions for 2015, I want to act on the inspiration I received at One Young World in Dublin last October. I’ll be writing about international causes that we travellers can influence and ways we can make our world a better place. Don’t worry, it won’t be one long rant about travellers destroying the environment (althought that is obviously important!) – it’ll be a mix of interviews with inspiring adventurers who passionately support world causes, and spotlights on volunteering opportunities available to travellers. Look out for those blog posts and do suggest topics for me to cover, as I won’t be aware of every single initiative or world issue.

Some of you may remember an initiative I dedicated a lot of time to in 2013: a project I created called Worldly Minded. This hasn’t completely disappeared I can assure you. The aim of the project was to promote intercultural skills such as foreign languages to young people in the UK and I collaborated with organisations like the British Council, the European Commission, ThirdYearAbroad.com and Inspiring the Future. Unfortunately, it was hard to have any real impact in 2014 while I was in Madrid for 6 months and the project lost a bit of momentum. I still strongly believe in the wider campaign spearheaded by the organisations mentioned above and I’m still available to give talks in schools, but it’s taking a back seat while I dedicate my energy to publicising other international causes through coverage on The Well-Travelled Postcard.

I’m conscious that I’ve been slightly neglecting my social media channels recently (don’t mention my poor unloved YouTube account!) so 2015 will see me get a whole lot more active on Facebook, Instagram and Twitter (I’m still debating whether starting a Pinterest account will dominate my entire life, so for the moment that’s on hold). So I’d love it if you could help motivate me by:

A big thank you! I promise I’ll be filling your news feeds with lots of little bites of travel inspiration to make it worth your while!

Never fear, lots of things are staying the same too! I will still be blogging about the various destinations I visit during 2015 (so far Athens and Iceland are in the diary for January-March) and I’m still actively working with tourist boards and travel companies of various guises (see my PR page for full details of who I’ve worked with so far), and I’ve got ambitious plans for things I’d like to do and places I’d like to visit in 2015. I’m also going to focus on providing general tips and advice, starting with two blog posts to help you (1) Find Time for Travel and (2) Find the Money for Travel. I’m also as keen as ever on the travel blogging scene and, on top of the regular Travel Massive drinks in London, I’ll be attending the Traverse Conference in March, so let me know if you’ll be there as I’d love to meet up in person too.

As the year progresses I’m sure I’ll come up with new ideas and continue playing around with this blog, but here’s at least a heads up of what’s to come in 2015! Let me know what you think and I hope you’ll like The Well-Travelled Postcard’s new look!