Running the Athens Marathon for Plan UK: Update after Month 3 of Training 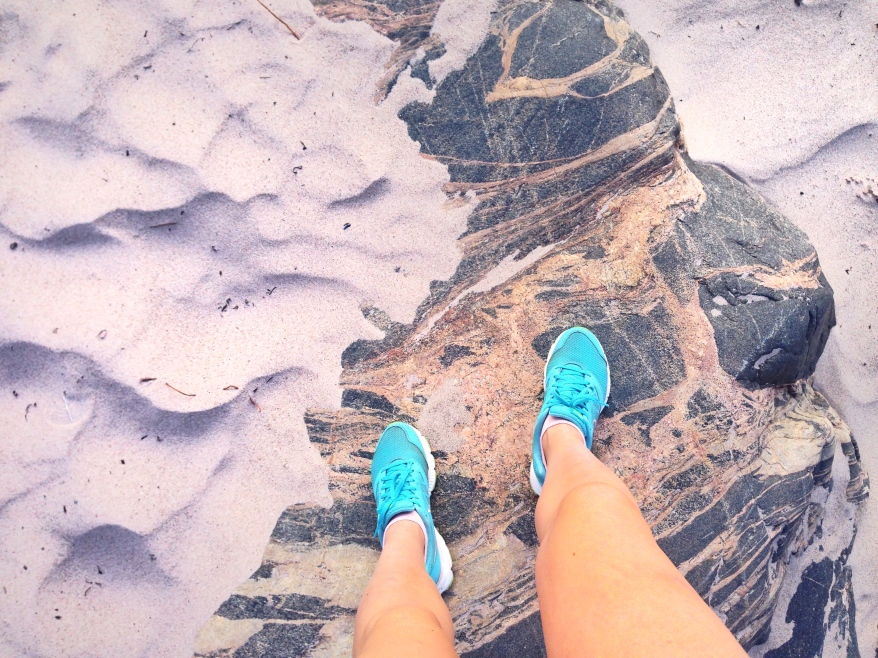 Today marks 3 whole months of marathon training (which is flying by!), and I’m now into week 14 of 24, with just 2.5 months until race day. Here’s a quick update on how training is going (see an update from months 1 & 2 here), and a bit more context around the work Plan UK are doing at the moment!

The runs on my training plan are getting longer and longer (the longest so far was 17km), so I’m averaging 45km a week at the moment, which is getting particularly time-consuming! It’s also tiring me out a lot, so I’m yawning an awful lot in the mornings and getting some very deep sleep! I don’t think I had anticipated feeling quite so tired from running – I thought exercise was meant to energise you?! So basically, it’s starting to get a lot, lot harder! I missed an 18km run this past Sunday and I’m taking this week off running, as I have some pesky calf strain at the moment in my left leg, which is really frustrating as I hate to fall behind on a plan. I need to rest my calf ahead of the Welsh 3000s Challenge this weekend, which requires reaching the top of all 15 of the mountains over 3000 ft in Wales. Any ideas on how I can magic my calf back to health again?

Suffering my first sports injury ever suddenly sparked me into action and after 2 months of talking about buying decent running shoes, I actually went into Sweatshop in Fulham last night and spent an hour with a great guy having my gait analysed, getting insets heat-moulded and testing various shoes. It was surprisingly fun and I walked away with some snazzy new Nike Air Zoom Structure shoes.

But apart from a minor injury, it’s been a great month for new routes. My friend Imy and I spent 5 nights in Stockholm and oh my goodness did we rack up a lot of miles. Not just running, we also did a phenomenal amount of walking. Imy’s training for a half marathon so she joined me on a couple of runs around the islands in central Stockholm, which is a brilliant way to see another angle on a city. True marathon tourists! If you’re in Stockholm in summer then definitely head out to the archipelago of 30,000 islands too. We spent a night in Sandhamn and I went for a beautiful 6km morning run around the island, along deserted beaches, through remote pine forests and past adorable wooden holiday huts. Here are a few photos from our incredibly scenic runs in Stockholm. 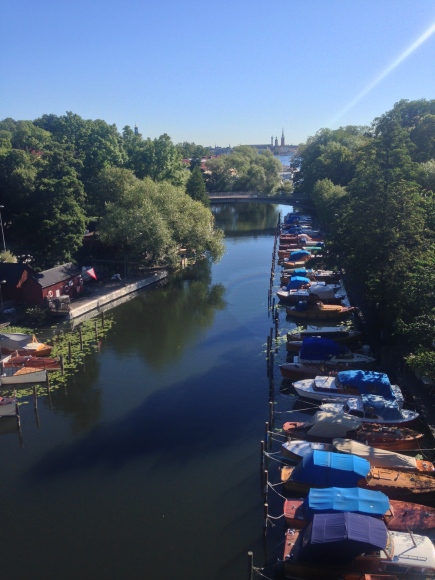 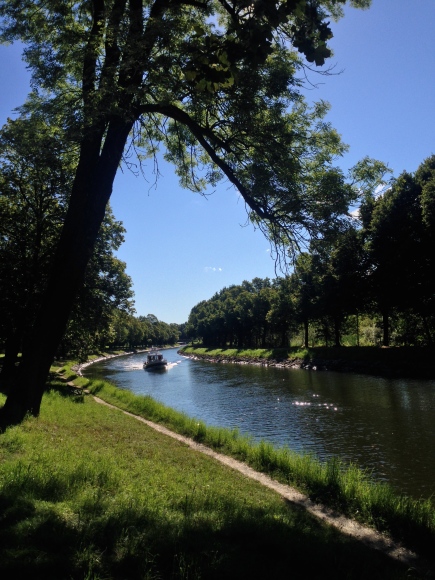 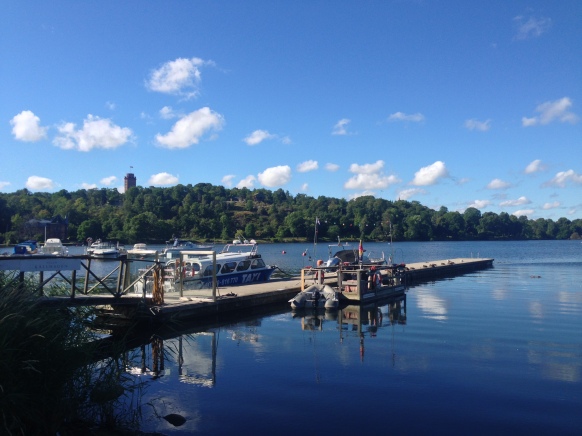 Back in London, I’ve also been running more south of the river, as I’ve moved house! Very excitingly in the past month, my sister and I have made it onto the property ladder with a cute two-bedroom flat in Wandsworth (which also explains why I haven’t had much time for blogging recently), and moving/assembling/choosing furniture has been a hefty job! I also had to pack up my flat in Parsons Green, an amazing area I’ve called home for 2 years in total, which I was very, very sad to leave. Fingers crossed I’ll like living south of the river too, so far so good! Thankfully our new flat is literally seconds away from a gorgeous park and not too far from the Thames so I can still pace up and down the Thames Path. 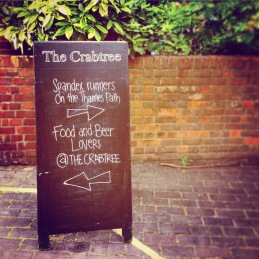 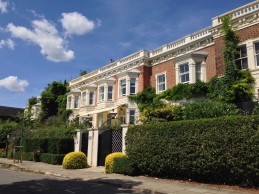 But quite apart from the logistics of actually making it to the finish line in Athens on Sunday 8th November, let me give you an update on the reason behind this whole crazy venture: I’m fundraising for the charity Plan UK to support the work they do to help the world’s poorest children (and young girls in particular). Plan UK’s main campaign this year is called Because I Am A Girl, and there’s been some fantastic progress made! It excites me to see the situation changing before my very eyes in just a few short months, and I hope you’ll be as impressed as me. 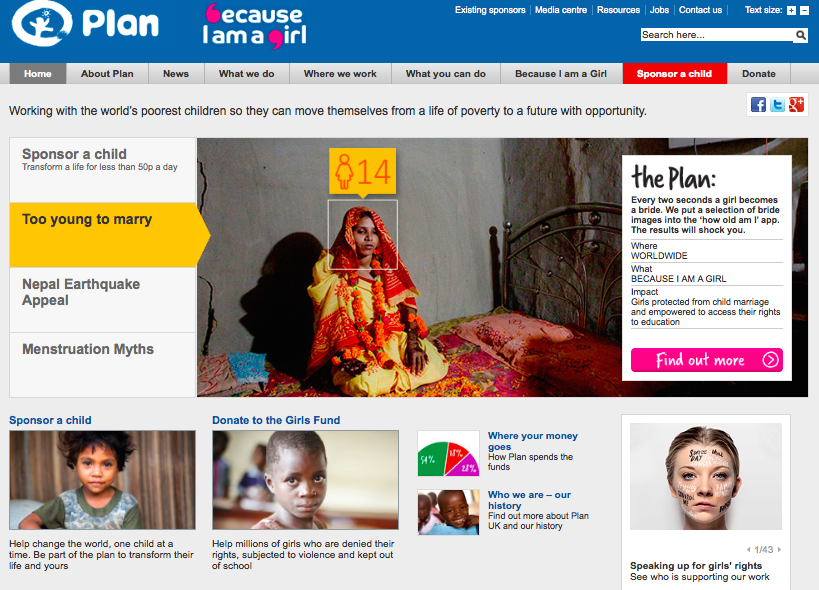 On International Development Aid: In March we saw a massive achievement for girls living in poverty with the passing of the international development bill into law. The bill ensures British aid is delivered for as long as it is needed and means we can call for money to go to securing girls’ rights.

On Female Genital Mutilation and Forced Marriage: In early May, Nigeria introduced legislation against FGM. This law has the potential to save the lives of many girls. It also sends an important message to other countries in the region, where FGM is widely practiced. Here in the UK, the first prosecution under the new forced marriage law took place in June. This is a big step forward, and we hope to see the law being used to protect girls and women.

By engaging in partnerships: Plan has been an important partner in the Department for International Development’s commitment to put girls and women at the centre of international development.

Through using online campaigning: And just last month, an overwhelming number of Plan UK supporters answered a call to remind their MP about standing up for girls’ rights in the new Parliament. Behind every action taken, there is a passionate, insightful person. Girls face violations of their rights every day, and as a campaigner sometimes progress can feel far away. We have already seen some great changes for girls – let’s keep these successes in mind as we continue to push for the rights of girls everywhere to live free from violence, go to school and have their voices heard.

Despite all this progress, videos like the one above simply break my heart, reminding me just how good we have it in the UK… The contrast of my recent trip to Sweden, a country with world-leading gender equality, compared with the plight of the millions of girls in West Africa and elsewhere who are forced into early childbirth, forced marriages and FGM (female genital mutilation), is almost too hard to bear. And while Plan focuses predominantly on the developing countries where these practices are far more common and a far bigger problem, we can’t simply ignore it and pretend it isn’t happening here in the UK too. The Guardian recently reported that the summer holidays are “cutting season”, when thousands of young girls from the UK will be taken to visit relatives abroad and be subjected to the horrific crime of FGM. Up to 20,000 girls are thought to be at risk in the UK right this moment, and it’s estimated that 170,000 women in Great Britain are living with the after-effects. I can’t help but feel devastated when I read these articles, but also inspired to hear stories of girls being saved before it’s too late, thanks to Plan UK, thanks to NHS staff, teachers and social workers, and to organisations like the University of Coventry who’ve developed a web app called Petals to educate girls and provide an online helpline. Given the taboo surrounding the practice of FGM, educational initiatives and accessible information is absolutely vital. It’s a great example of how the issue is beginning to take centre-stage, and we need to continue highlighting the issues that young girls face, around the world but also right on our doorstep too.

This is exactly why I have chosen to fundraise for Plan UK – the causes they combat are just so, so important, and running a marathon for them is the very least I can do. You can find my JustGiving page here: https://www.justgiving.com/Virginia-Stuart-Taylor/ and I truly appreciate every single donation! I still have a long way to go to reach my target of £1,000 for Plan UK, as I’m currently only at 24%. In the interests of being open and transparent, I’d like to clarify that 100% of the money raised on my JustGiving page will go to the charity itself. I am self-funding this marathon (the entrance fee, the flights, accommodation, etc.) and am not relying upon the charity to pay a single penny (as I know is often the case with more famous marathons like the London Marathon).

What’s more, I’ll be giving out prizes to sponsors! The winners will be chosen at random after the marathon itself and after I reach my fundraising target, as a thank you to all my supporters! What will these prizes be, you ask? All will be revealed in next month’s update, so make sure you look out for that! In the meantime, I really do need all the help I can get to raise as much as possible for Plan UK, so please do share this blog post on Facebook and Twitter using the share buttons below!

Thank you so much!! Virginia x