Just when you feel like you’ve got a hang of things in a new place, it’s suddenly time to leave. Typical! 10 days ago I moved back to the UK after 4 months of living in Uppsala and I’ve already written my thoughts about saying ‘Goodbye to Uppsala’. May was a seriously fun month, and it sadly came to an end all too soon! This monthly update is a bit overdue but nevertheless, here’s the ninth of my monthly updates (here are the others) that I’m writing throughout my 2-year Master’s, partly to keep a record for myself of my experience doing this degree to look back on in future, and partly to give you all an idea of what the life of a student abroad is like, what I’m learning on my course and what I get up to. If you’re curious why I’ve moved abroad to start a Master’s, find out more about that here: ‘My Next Steps: Why I’m Emigrating to Europe’.

Last month was busy with trips across Scandinavia, from the Norwegian fjords to the Baltic island of Gotland, as well as cramming for various final deadlines, a conference to run and parents to host. Spring finally arrived too, with only 4-5 hours of darkness at night!

So here’s the ninth blog post of the series, covering May 2017: the ninth month of my 2-year Master’s in European Society, Politics and Culture in a Global Context. 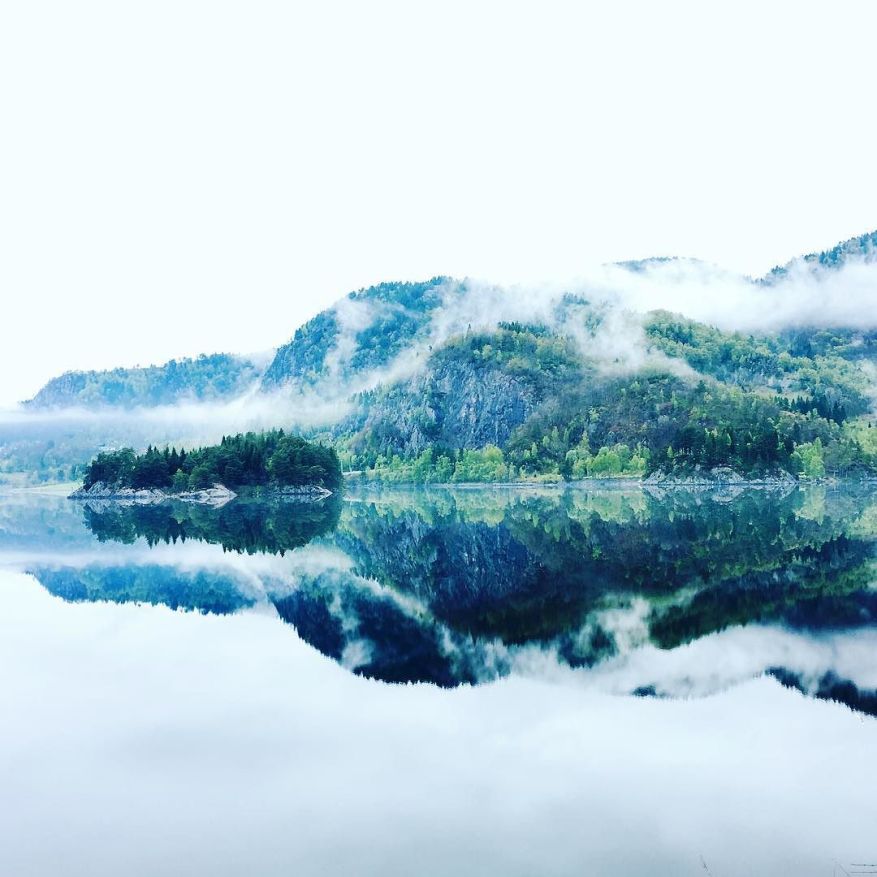 Where I’ve been in May

What I’ve been up to in May

I spent May tying up my final assignments of the semester, spending two weeks exploring Sweden and Norway on holiday, enjoying the spring and trying to soak up the last of my Swedish adventure, before saying my goodbyes to classmates and friends, packing my bags and moving back to London on the 31st May. I remembered how much I love to travel purely for leisure, escaping the commitments of day-to-day life and the reins of a schedule – nothing better! 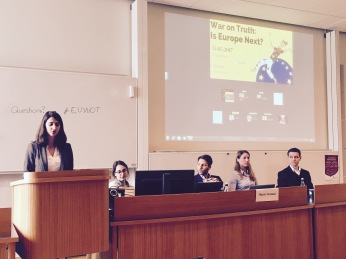 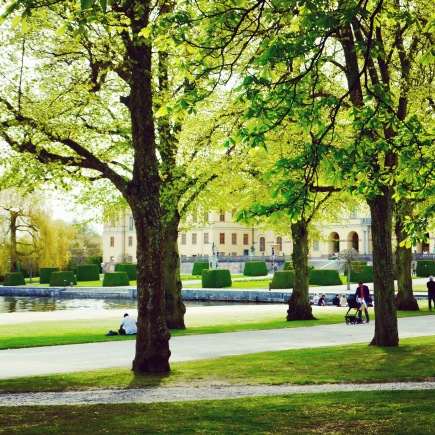 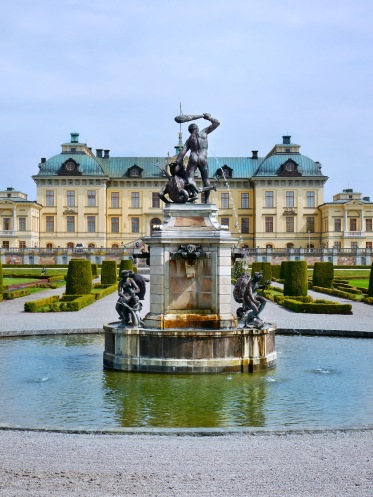 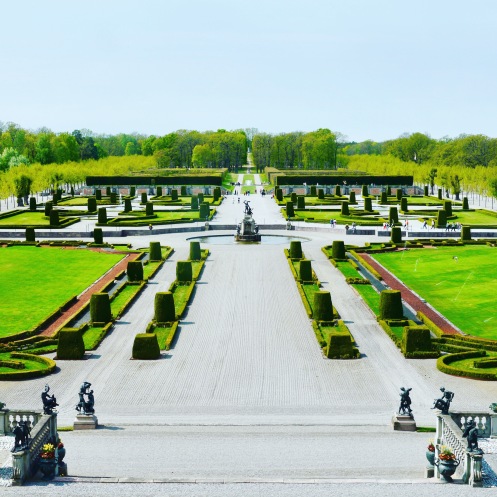 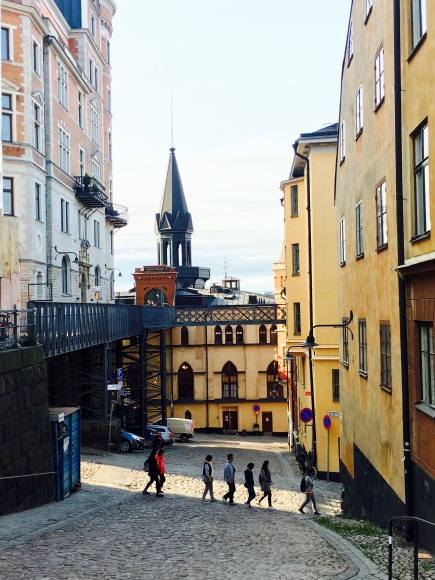 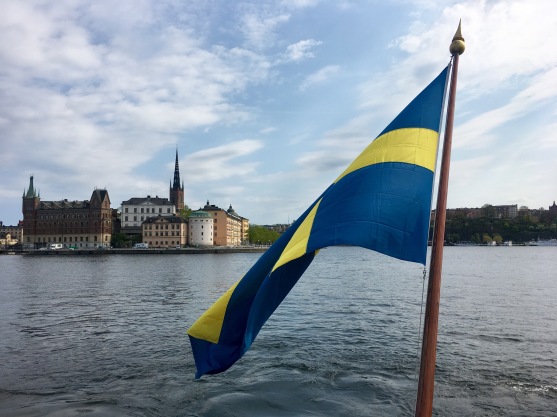 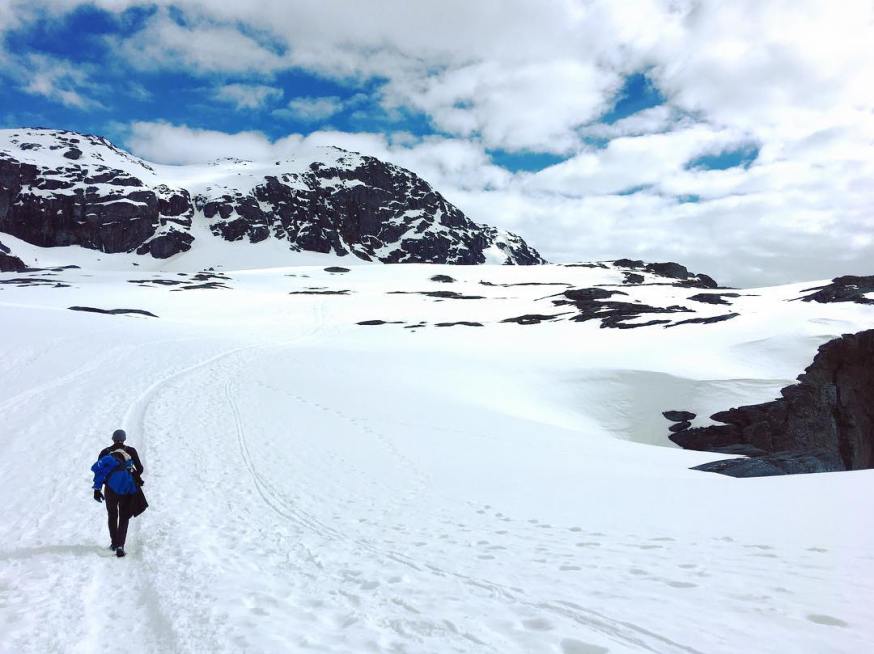 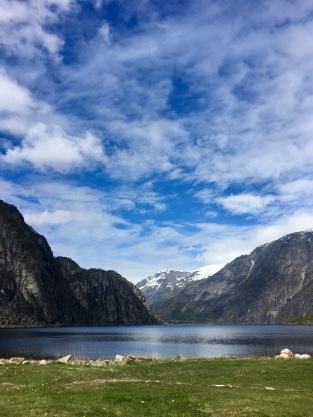 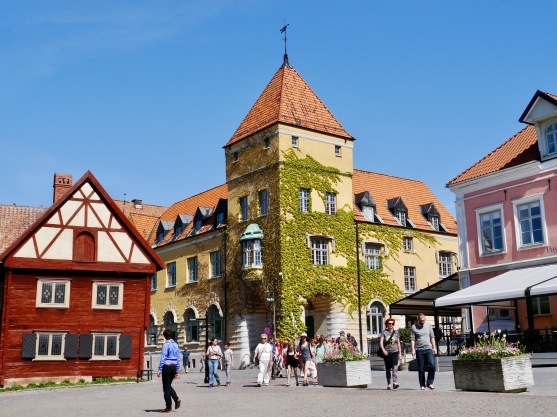 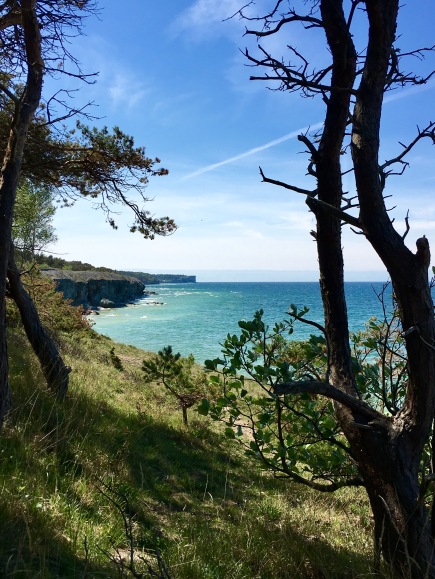 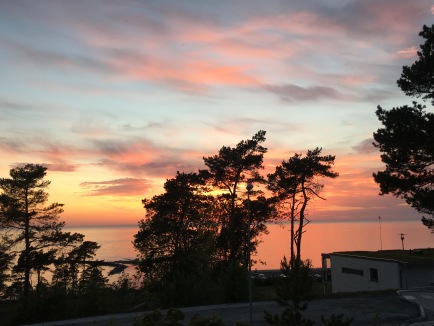 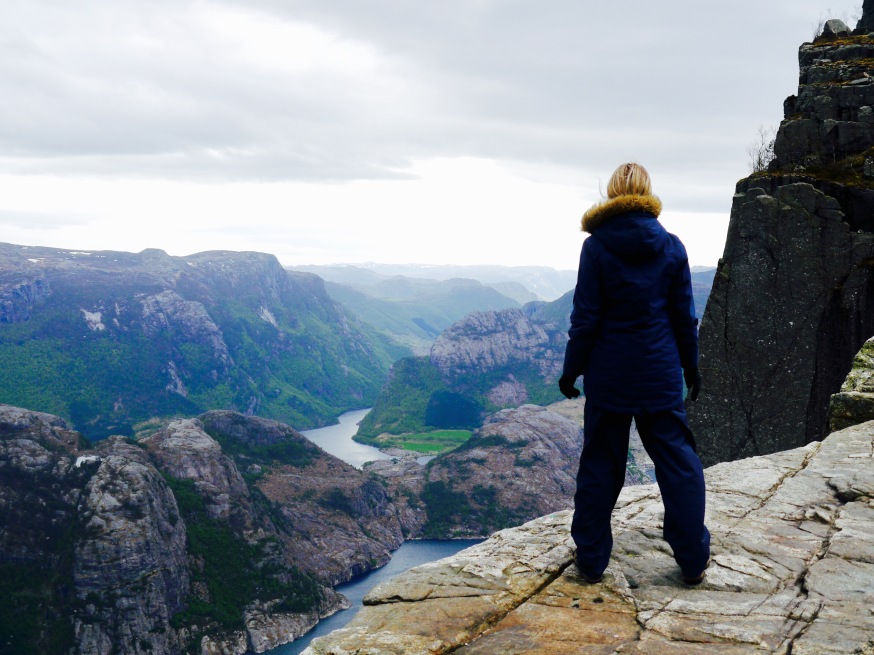 Things I’ve Learned in May 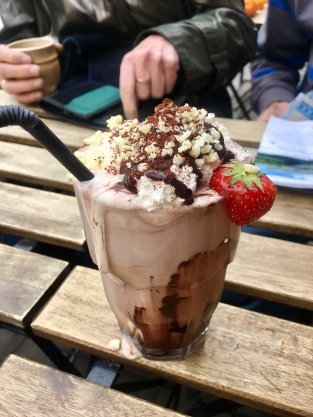 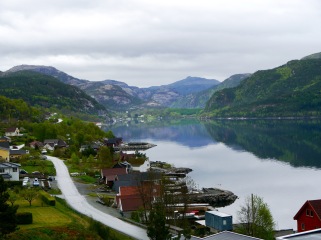 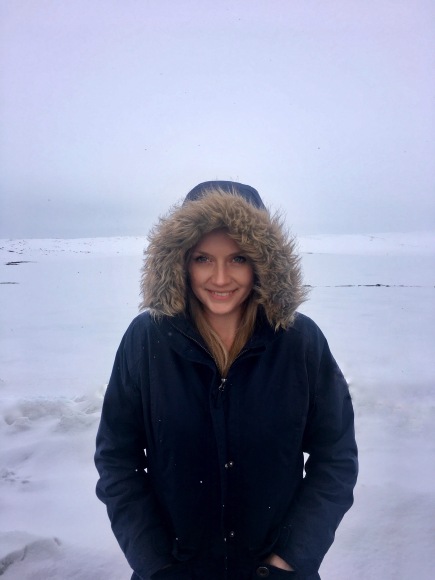 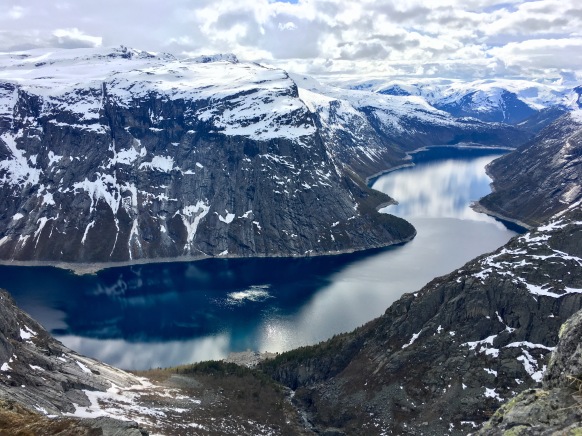 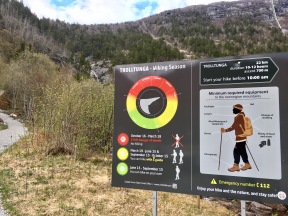 Finally reaching Trolltunga after so many hours of thinking we might have to turn back. Our amazing Scandi-style Airbnb in Norway overlooking the islands of the Idsefjorden. Driving along the fjords and having the freedom of a car once again. Feeling inspired by the expertise and public speaking skills of Marek Neuman, Jack Werner and the other excellent speakers at our ‘War on Truth’ conference. Relief at receiving a good grade after a semester of zero feedback and not knowing how I was progressing. Passing my 2 Swedish exams with flying colours. Feeling inspired and motivated by the real working world outside of academia, during our meeting with the European Social fund meeting in Stockholm. Singing and dancing our hearts out in the ABBA museum! Eating scrumptious food in Stockholm thanks to my parents. Feeling like I can add Stockholm to the list of capital cities I know well enough to guide people around. The end-of-semester celebration and big barbecue I had with all my class! Barbecuing, sunsetting and stargazing in Gotland. Learning to drive a scooter at long last. 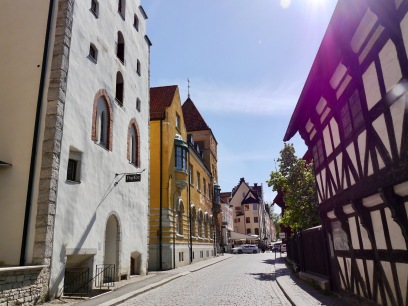 Not getting any feedback on my large research paper before spending a lot of time on it – and therefore still not knowing if it’s actually any good or just a load of codswallop! Worrying about painful tendons in my legs, a remnant marathon training injury, and having to pause Mont Blanc training because of it. Getting an excruciating £90 parking fine in Oslo for the silliest of reasons (that isn’t even signposted or indicated anywhere on the road!). Having a completely empty bank account after 4 months in Scandinavia and spending my entire month’s budget on holidays (oops). That horrible but recognisable feeling of self-loathing for leaving large papers until the last minute and then having to cram it all under extreme pressure – why oh why do I do this to myself?! Passionately arguing about British politics while tipsy, which is never a good idea… The stress and expense of looking for same-day accommodation on an island that’s practically full to bursting. Breaking my DSLR in Gotland (but also thanking my 24-year-old self for wisely buying insurance!). Taking down my postcards, cleaning, packing up and leaving my flat in Uppsala, knowing that once again I have to settle into somewhere new after finally grasping life in Sweden. 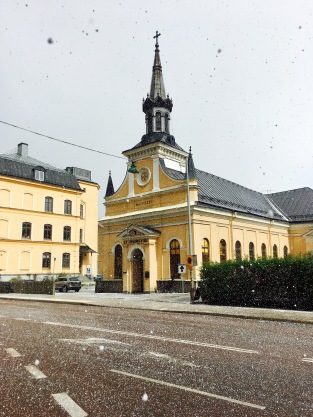 First things first I moved back to London and spent a couple of days there before a week chilling at “home home” in Hampshire, hosting some friends and catching up with my family after Sweden. I’m now off to Chamonix in France for Mont Blanc with a week-long digital detox from the internet, then back in London for a week, before heading to Krakow in Poland to be reunited with all my fellow Master’s students for a week’s conference. 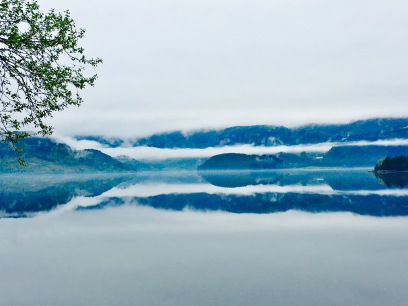 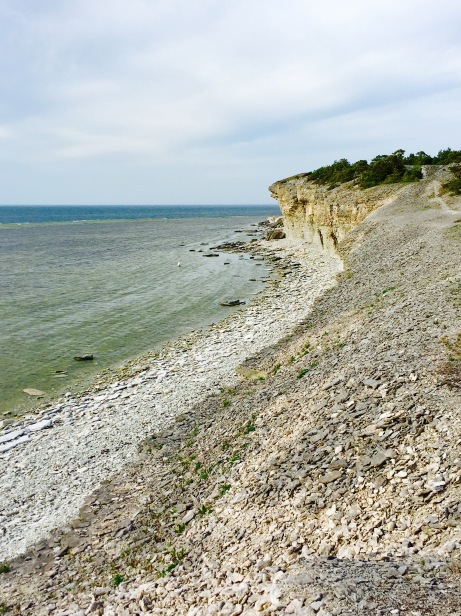 I adored May! I was hardly in Uppsala at all but I really appreciated every minute of my freedom as a student, to travel whenever I please and with such a free schedule. Scandinavia really comes alive in summer and when you can escape the public transport, there’s oodles to explore. I’m happy to now have a few months off (although there’s always still something to be working on) but I’ll still keep up my monthly blog series all the same!

New blog post! ⚡️ After a writing-hiatus over a fantastically full summer, this post is about setting 'New Year' resolutions in September: How to seize that post-summer energy to help yourself and help change the world 🌍
1 year with Handsome 🥰
Pros at seeking out those hidden, empty beaches that no one else bothers to hike to 😉
1st stop in Kefalonia = major terrace goals. Complete with vino, G&T, saucisson & olives, Condé Nast, Hemingway & Hislop, and binos for dolphin-spotting & snooping on the superyachts... 😜
Seas the day 🌊 🇬🇷
A special bonus episode of The Well-Travelled Podcast is now live! 🎙 I recorded Series 1 of my podcast in 2020, but I also record one-off bonus episodes from my travels as and when I’m away, reminiscent of the postcards that originally inspired this blog and its name. This bonus episode comes live from my month-long trip to the Greek island of Kefalonia 🇬🇷 – my first trip abroad in 8 months due to the pandemic.
In extremely exciting news, the @uniofexeter @exeter_alumni judging panel have chosen me as a joint winner of the Alumni Volunteer Award 2021 for Exceptional Support of Students! 🏆✨ Thank you so much for this great accolade!! 🌟
New blog post! 📝 The challenges of travelling abroad in 2021 (and how the pandemic extinguished the true traveller in me, and what that means for my identity)
New post! This one's a little different from my usual paintings, as this is a full-scale 'Well-Travelled Mural' of the Dragon's Backbone Rice Terraces in Longsheng, in southern China 🇨🇳
New post! The 6th painting in my series of The Well-Travelled Paintings is from the Côte d'Argent, a 200km-long sandy beach in south-west France 🇫🇷 I took the original photo of my mother & sister @oliviamst back in September 2020, during my only foreign adventure since the pandemic began!