Tapas and Rioja Wine anyone?

London is such a fantastically multicultural city (over 1/3 of London residents were born in a foreign country) and as such is always full of interesting events and festivals from all over the world. This weekend some friends and I headed to South Bank to a Tapas and Rioja Wine festival situated just on the Thames River, overlooking Tower Bridge. It was the perfect activity for us, as we all took a Third Year Abroad at university and many of us have lived in Spain (see my blog post on my Erasmus semester living and studying in Córdoba). The festival is called Rioja Tapas Fantasticas and is an annual event held over a weekend, so look out for it next year. 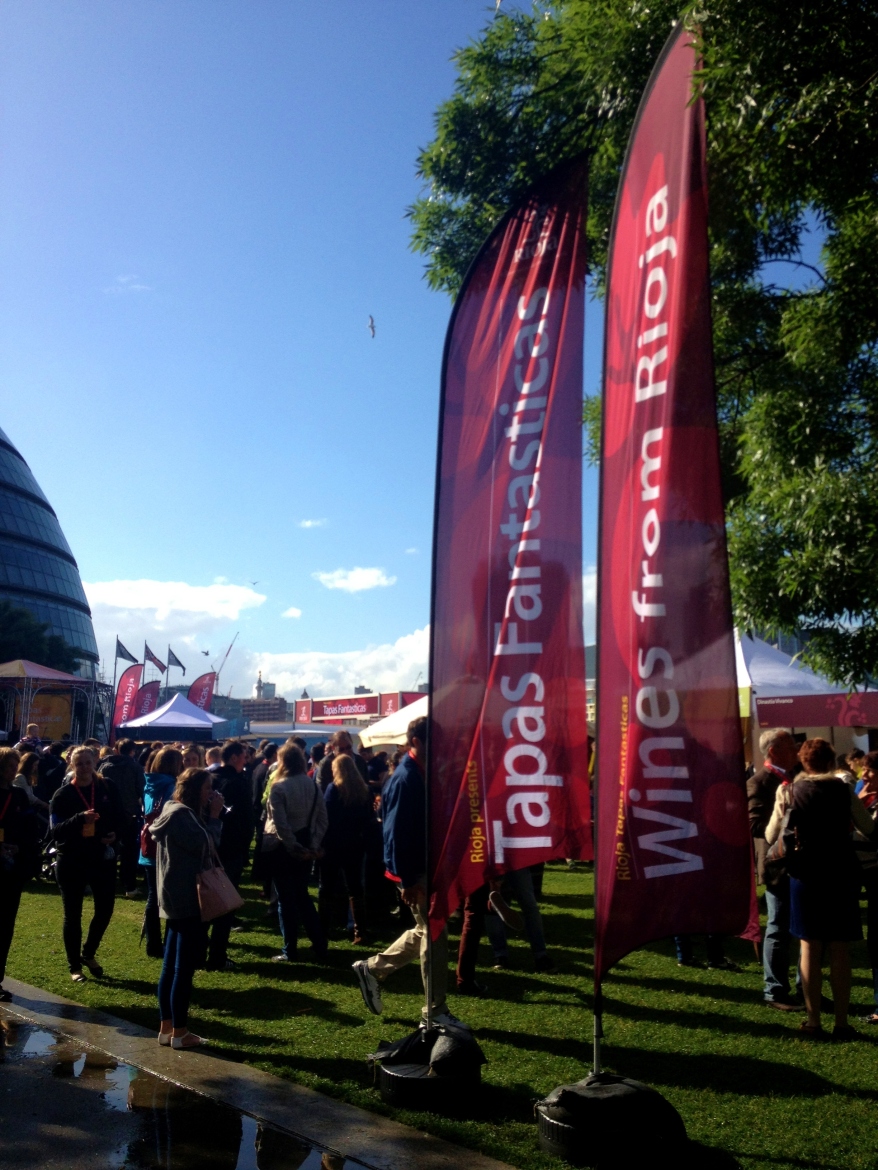 Lucky us, as Spanish cuisine and wine is one of my absolute favourites. Decent tapas can be hard to find outside of Spain so we had a real treat. Rioja is a small region in the north of Spain and its “Board of Wine” sponsored this event, pulling together many of the finest bodegas and vineyards of the region, and topping that all off by inviting the very best tapas restaurants in London to provide tapas! 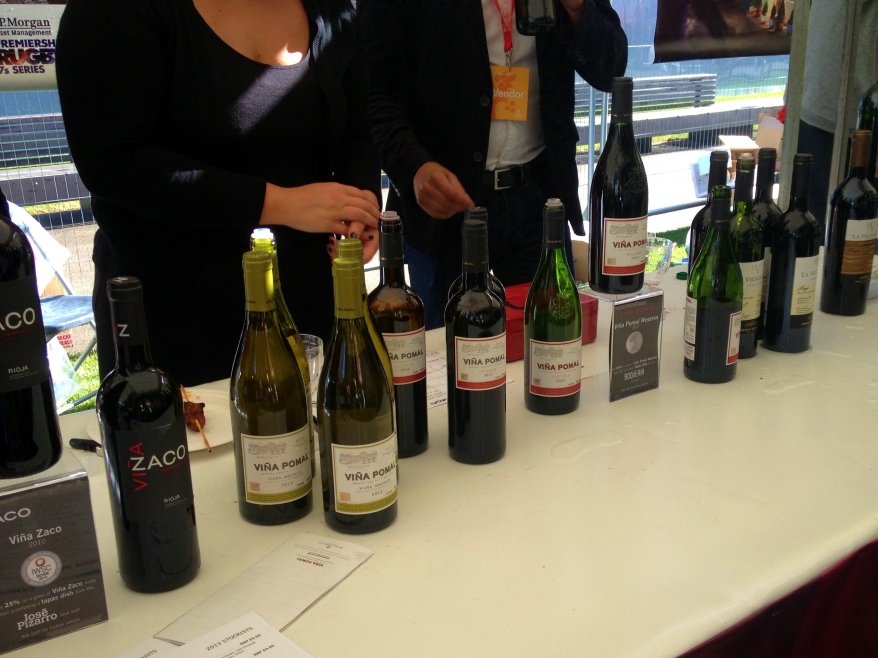 We begun our wine tasting session with a delicious Crianza by Viña Pomal (above) and continued onwards around the various stalls. For £3.50 we got four ‘chips’ (as in the chips you use in poker, not the ones you eat) to exchange for half glasses of wine to be able to try several of the various wines on display, but you could also go back and buy full glasses of the wines you liked the most. There to sober us up were plenty of tapas stalls – some even cooking up enormous saucepans of paella! Take a look at my Postcard of the Week: Tapas which explains the history of tapas – they were introduced as an obligatory accompaniment to alcohol, as a way to line the stomach of the citizens and prevent them becoming too drunk and disorderly.

After a violent storm in the morning that hit us just as we were crossing Tower Bridge (ie. one of the only parts of London with zero shelter from the elements) the sun did finally decide to come out to enhance the Spanish atmosphere in the air, although I wasn’t fooled – I know exactly what temperature it is in Spain right now!

There was even a stage with bands playing Spanish music, Spanish chefs giving cooking demos and classes and wine experts giving talks on the various Rioja grapes available on the day.

And of course, how could I not take a photo of Tower Bridge, standing there in all its glory. How they managed to build that over 200 years ago amazed us… In summer it raises its central bridge to let boats pass quite often (you can find a timetable here if you’d like to see it), but less often in winter. 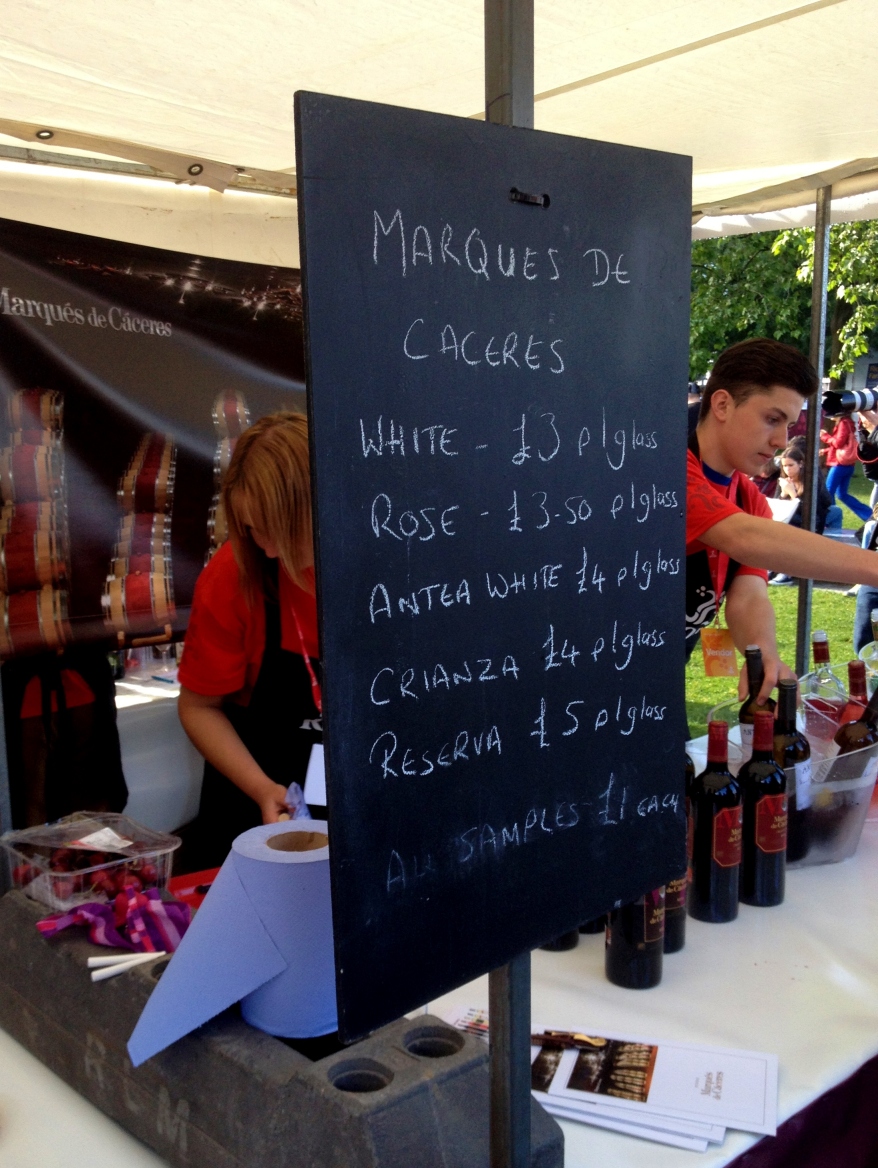 And of course we had to finish off our trip to the festival with one of Spain’s most classic sweet dishes: Churros. They’re sticks of dough fried in oil and then covered in sugar (and cinnamon if you wish as well), with warm chocolate sauce to dip into. Some Spaniards eat them for breakfast, and there are whole chocolaterías in Spain that specialise in them. Here’s a Nigella Lawson recipe for making Churros at home if you want to give it a try.

And of course the festival wouldn’t be complete without a spot of Salsa dancing, and there were plenty of talented couples willing to show off their skills. I have tried Salsa classes on many many occasions and I love to dance it, but don’t have the pacience to spend weeks and weeks perfecting it. One day perhaps… 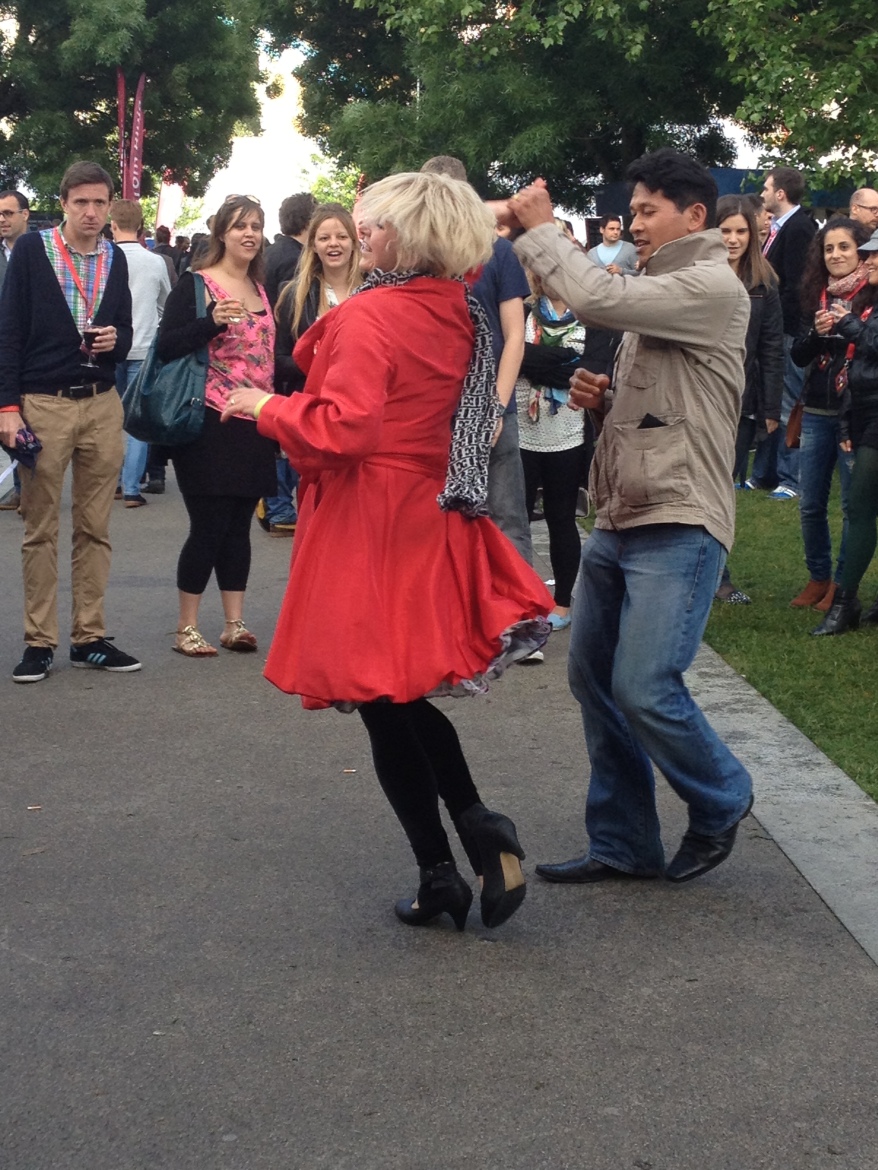 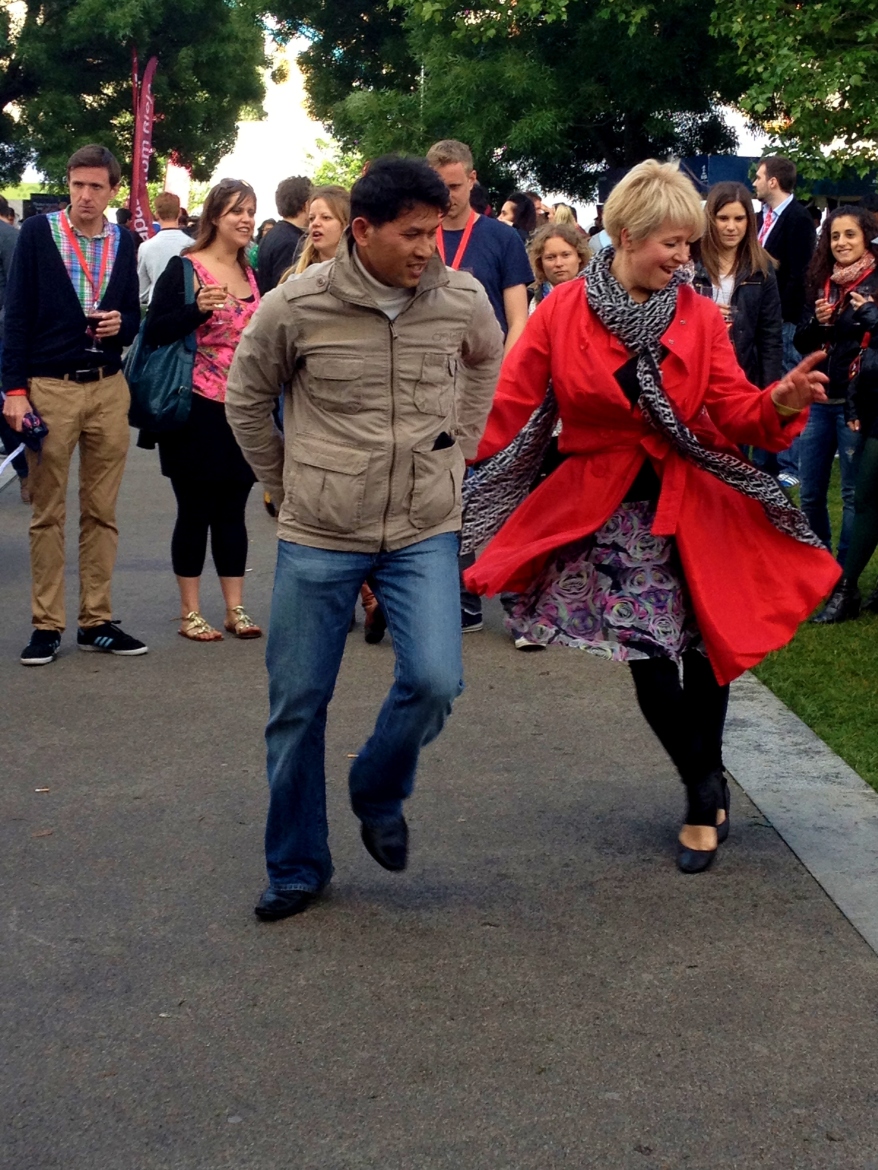