Thoughts on the plane over to Johannesburg to attend One Young World! 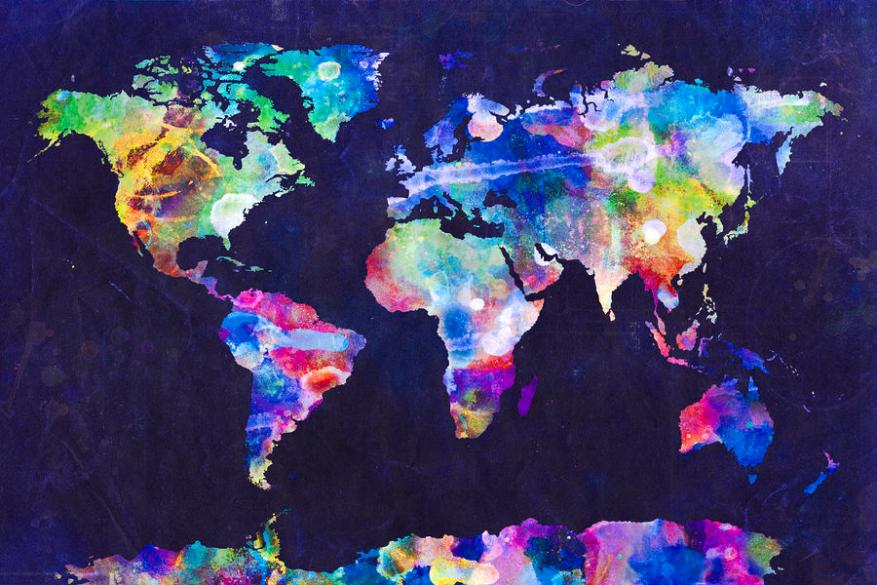 [While this was technically posted on the 2nd October, it was actually written the night before on the plane]

I’m currently sitting on the flight from London Heathrow to Johannesburg, mentally preparing for the whirlwind that will be One Young World 2013, an annual summit that gathers 1,300 young people aged between 18-30 from 190 different countries. I’m lucky to be a delegate this year, as a young millennial representing my employer, Telefónica, who are sending a 32-strong delegation to the summit. Earlier this year I won an internal competition to gain a place in the delegation and you can read my blog post here about the various essays and questions I had to answer, as well as my finalist YouTube video which I had to create to persuade the judges why I should be part of the delegation.

So, five months on, the time has finally come when we delegates are all travelling from the four corners of the earth to congregate for five days in Johannesburg, in the presence of some of the most influential, important and inspirational figures in the world. Since I first discovered that I’d been selected, there’s been a lot of activity helping to build excitement and expectations. Firstly there have been a series of Kofi Annan Live Dialogues featuring previous OYW ambassadors and new delegates alike discussing topics such as Youth Unemployment around the world with Kofi Annan himself, former Secretary-General to the UN, which were livestreamed and can be viewed here.

More recently, I attended a reception in the state rooms at St James’ Palace, in London, for the UK-based delegates last week. It opened with speeches from founders Kate Robertson and David Jones, HRH Princess Eugenie who officially hosted the event, and a few previous ambassadors who offered tips based on their experiences at previous summits. The atmosphere in the room was pure enthusiasm to get the ball rolling and meet all the other delegates, who have each achieved something significant to merit their place. As well as having the opportunity to meet Princess Eugenie herself, I also met Lord Karan Bilimoria (founder of Cobra Beer) and Paras Fatnani (who provided light to over 3,000 homes in rural India as a result of his OYW project), and I really got the impression that leaders both in business and in government take this summit seriously and value the efforts of the young people who participate and take action collectively to address the issues we will debate over the next five days in Johannesburg.

Separately to these events organised specifically in connection to One Young World, I have been pursuing a personal project to raise awareness of the lack of intercultural skills in the British curriculum and subsequently in the British workforce. The topic builds upon my experience as one of very few UK languages graduates, who secured a place on a graduate scheme, based largely on my language skills. I have named this project ‘Worldly Minded’ and while it is very much still in fledgling form, it has its own website (www.worldlyminded.wordpress.com) and its own Twitter handle (@WorldlyMinded). Through my connections as a language graduate I have been involved in a number of different initiatives, such as:

One Young World will be a great opportunity to develop this idea further by learning from other young people from nationalities with more successful intercultural education policies, and by bouncing off ideas with other delegates and evolving my thoughts about the best strategy to adopt through this project. If you are interested in this topic then do take a look at the website to get more information about the current problem and the potential consequences of allowing the UK to lag behind the rest of the world in terms of intercultural skills.

The Plenary Sessions at One Young World

Ambassadors from the last OYW in Pittsburg in 2012 were surveyed to find out which topics they most want to discuss this year, and the result was the following six topics:

The first and third topics will be particularly relevant to the personal project around intercultural skills which I’m developing and I also have a particular interest in gender equality issues so I’m keen to attend the Human Rights panel including Arianna Huffington, Fatima Bhutto and a number of other prominent women such as Barclays Africa CEO Maria Ramos. As I work in the technology industry, which is traditionally very male-dominated, inclusion and diversity are key topics that need to be addressed, so I’m eager to see what action I and the other delegates can take following on from those particular sessions.

Kofi Annan and Richard Branson are both speakers that I’m very eager to see, and I am of course interested in some way in each of the six main topics. Due to my previous involvement in a variety of charities, from healthcare to social development to child welfare, and building upon my studies of various aspects of International Relations at both the London School of Economics and the University of Exeter, I wouldn’t like to restrict myself to only three topics, but I have decided to actively prioritise certain ones in order to maximise what I can gain from the summit. I feel that the broad experience I have gained by working with a wide variety of issues has provided a good grounding and understanding of the various factors that influence the dynamics on the world stage, therefore allowing me to delve into certain topics in more detail. This previous experience has made given me awareness of the global context and of the crucial interrelations with other issues which inevitably exist and which will inevitably play an important role in any solution.

These are my thoughts as I journey the 5635 miles from London to Johannesburg and I will keep you updated on my impressions throughout the summit, which begins tomorrow on Wednesday 2nd October!