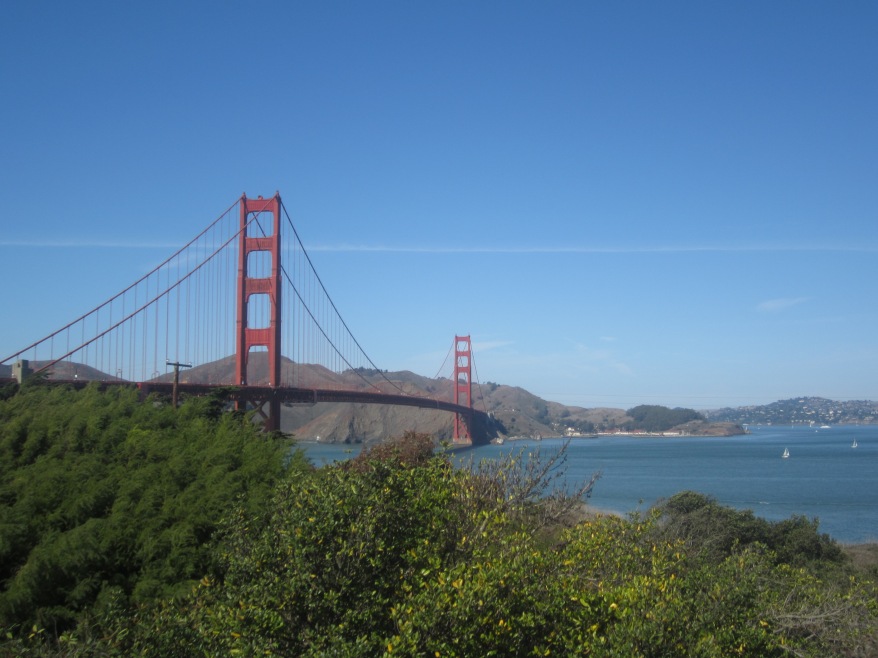 After two lovely nights at the DoubleTree hotel in Sonoma Wine County it was time to move onto the next stop of my DTour. However I couldn’t come this close to San Francisco and not actually take a look around, so I made sure I had a few hours spare before my flight to Long Beach in southern California.

As we drove over the Golden Gate Bridge I pleaded to stop the car for a couple of photos of the iconic structure. Then on the way into the city centre we went down Lombard Street, the “crookedest street”. San Francisco is set on a series of very steep hills, and I have no idea how the cars make it up those slopes! One part of Lombard Street is so steep in fact that cars need to “traverse” down it, as you do when you’re skiing to break your speed. The street itself is covered in flowers and with the Californian sun shining down I was enchanted by it (and very tempted to move to San Francisco!). 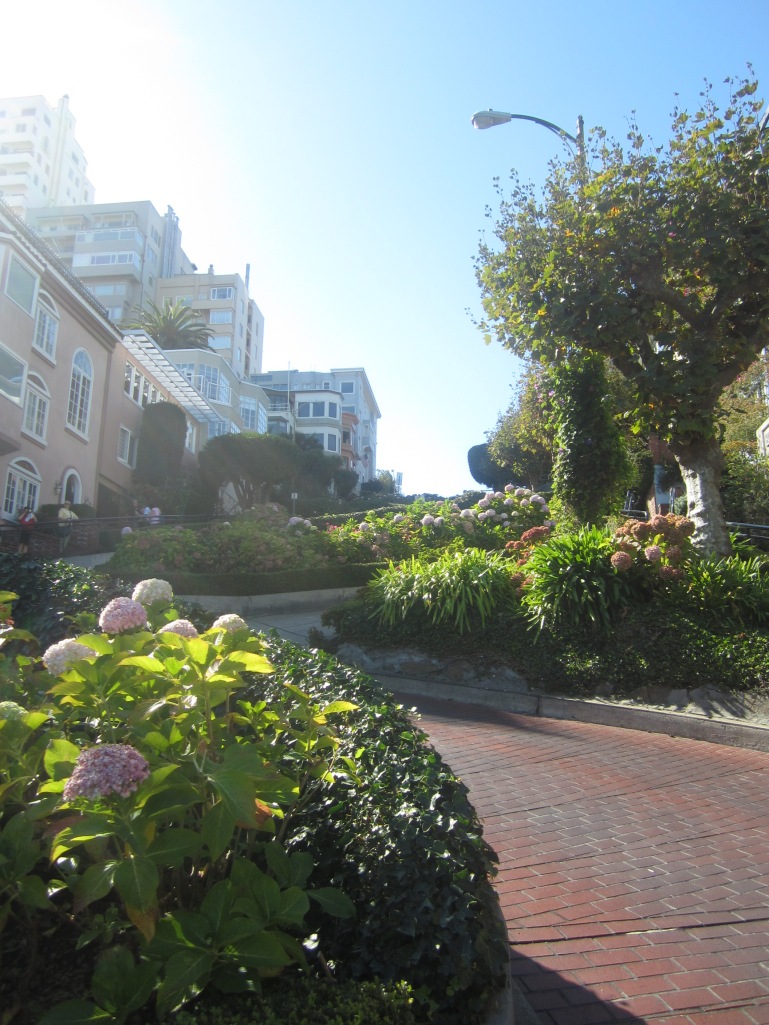 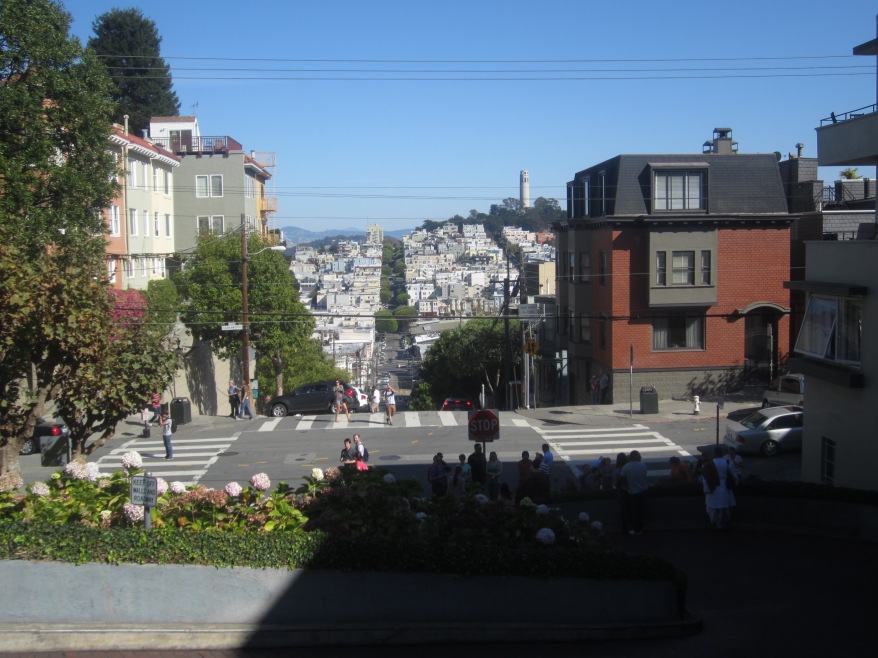 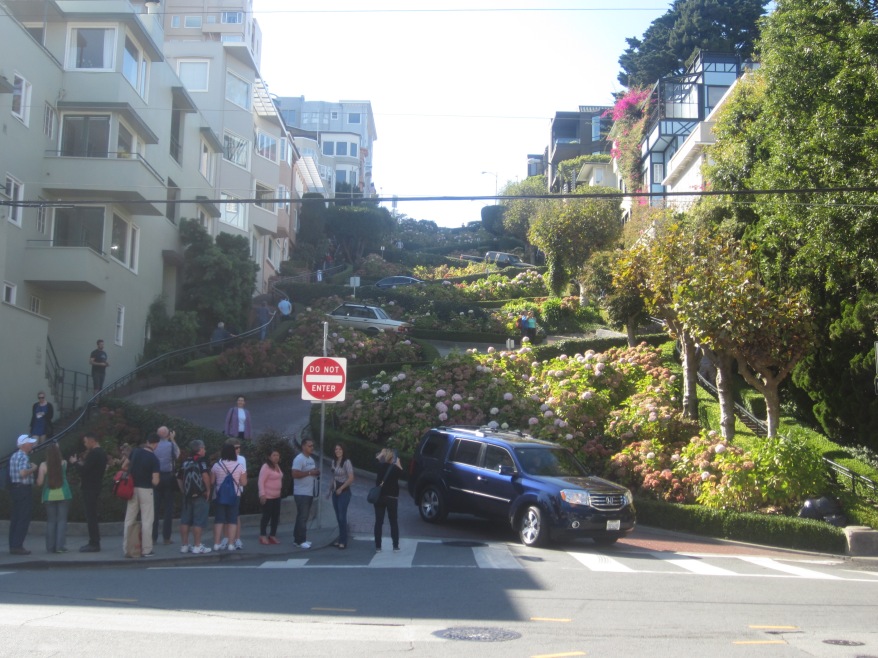 Not knowing a huge amount about how to get around San Francisco, I was grateful to Iain from the DoubleTree hotel for giving me some ideas about where to go with only a few hours. I began at Union Square in downtown and caught the historic streetcar to Bay Street. It cost $6 for a single journey or $14 for a day pass. San Francisco has had these “cable cars” (as they’re called in America – in the UK we call them “trams”) since 1912 and they certainly do creak and lurch about! Try to get a seat on the outside part or, even better, stand on an outside ledge and hang onto one of the bars.

The streetcar somehow climbs and descends the various hills to take you to Fisherman’s Wharf, which is quite a surreal place! From there you can see Alcatraz, the infamous prison island, which I sadly didn’t have enough time to visit. I was surprised by how close it is to the shore – it seemed quite an easily swim-able distance to me… Strolling along the seafront you can dip into the many attractions on the piers, embark on a boat trip around the bay or hire bicycles. Pier 39 is home to a colony of adorable sea lions, who bask in the sun on wooden pontoons, snoozing or playing with each other. 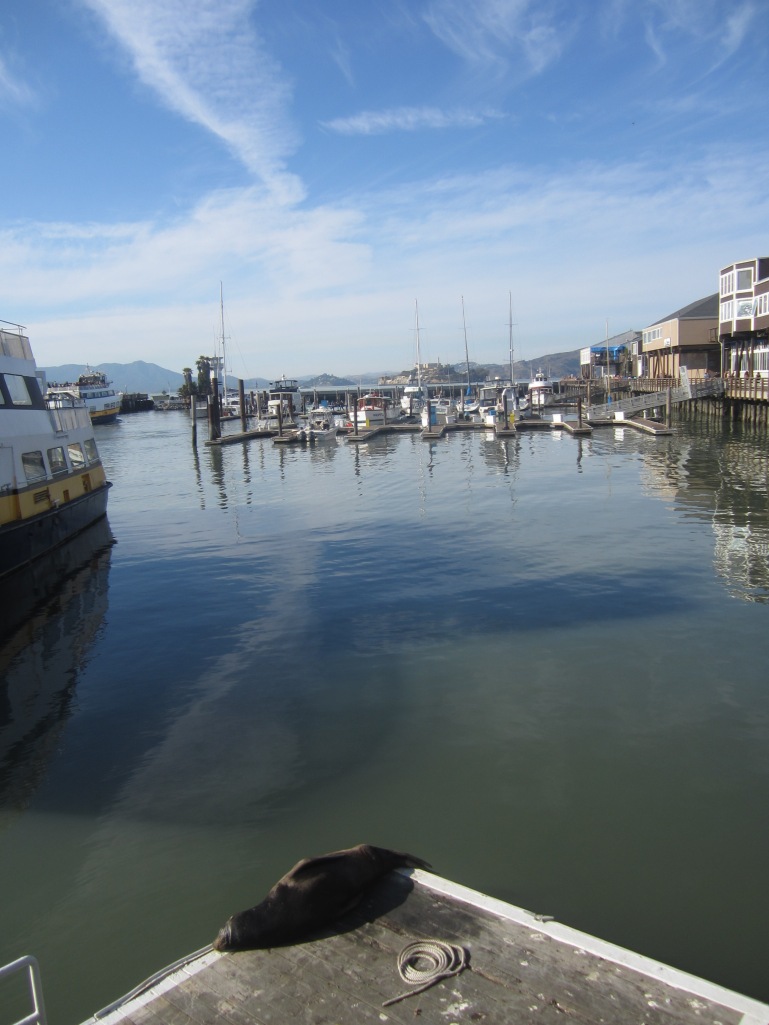 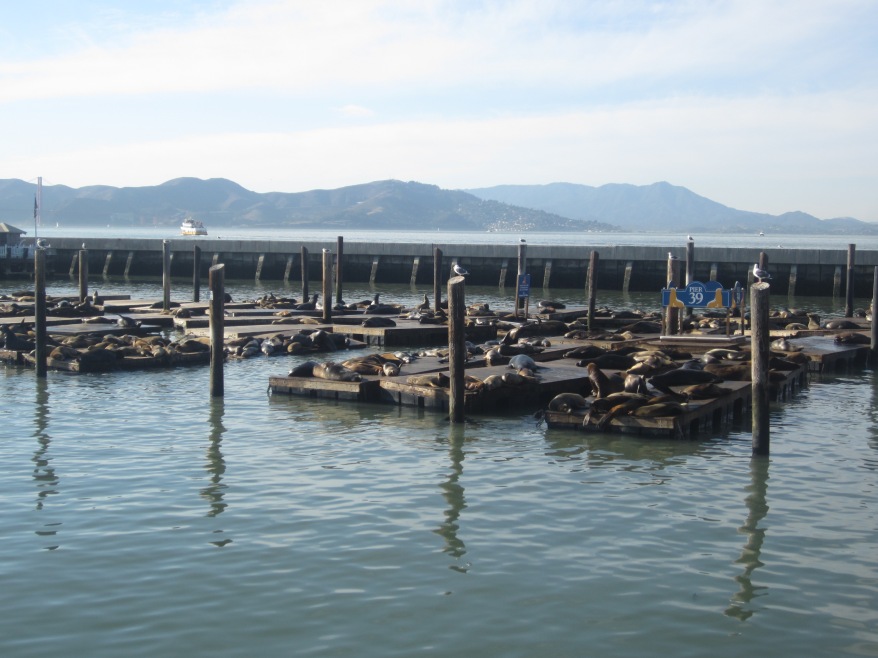 In general I found Fisherman’s Wharf to be quite odd – the attractions feel stuck in the 1950s and it’s clearly mainly geared up for tourists. Before I’d even had time to make up my mind about it, it was time to head back to the city centre via the F-line streetcar along another stretch of the seafront.

One thing that has struck me about being here in America is how friendly everyone it. I have randomly met and talked to so many lovely and welcoming people, something which rarely ever happens back in London. From each person I meet I’m gradually piecing together a picture of what life in America is really like, and it’s an image which is challenging my preconceptions, in a good way!

All in all I’ve been utterly charmed by San Francisco. Next up is Hotel Maya in Long Beach!