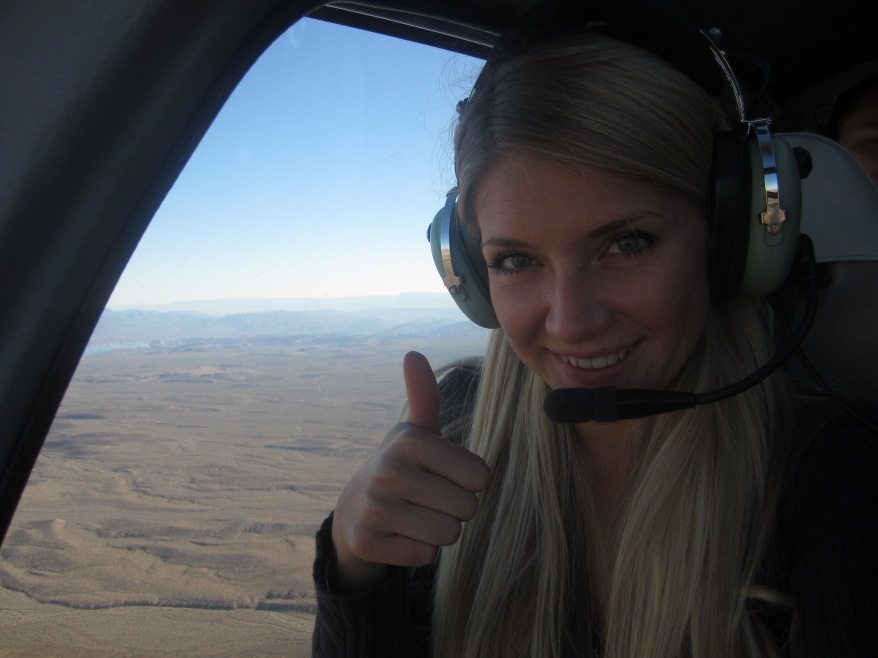 While in Las Vegas I took the opportunity to go and visit one of the most extraordinary natural formations in the world, and one which I’ve wanted to see for many years: the Grand Canyon. The Grand Canyon is actually in Arizona, and Las Vegas itself is in Nevada so it’s not that close. There are two ways to get there: option 1 is to take an 11-hour round trip on a bus for about $169 or option 2 is to fly a 3-4 hour round trip by helicopter, costing $504. On my whistle-stop DTour of North America I had less than 48 hours in Vegas so didn’t want to waste an entire day on a bus in the desert. Plus, if you travel by helicopter then you can actually land inside the Grand Canyon and feel completely surrounded by the awing size of it, instead of just looking down from a ledge above, as you do when you go by bus.

So option 2 in the helicopter it was! I hadn’t been in a helicopter for over 10 years so I really couldn’t remember at all what the sensation is like. Extremely smooth is the answer. If you had your eyes closed you’d have no idea whether you were on the ground or hovering above it. Our pilot, John from Maverick Helicopters, looked just as macho as I imagined an army pilot to look, which only enhanced the atmosphere on the ride. 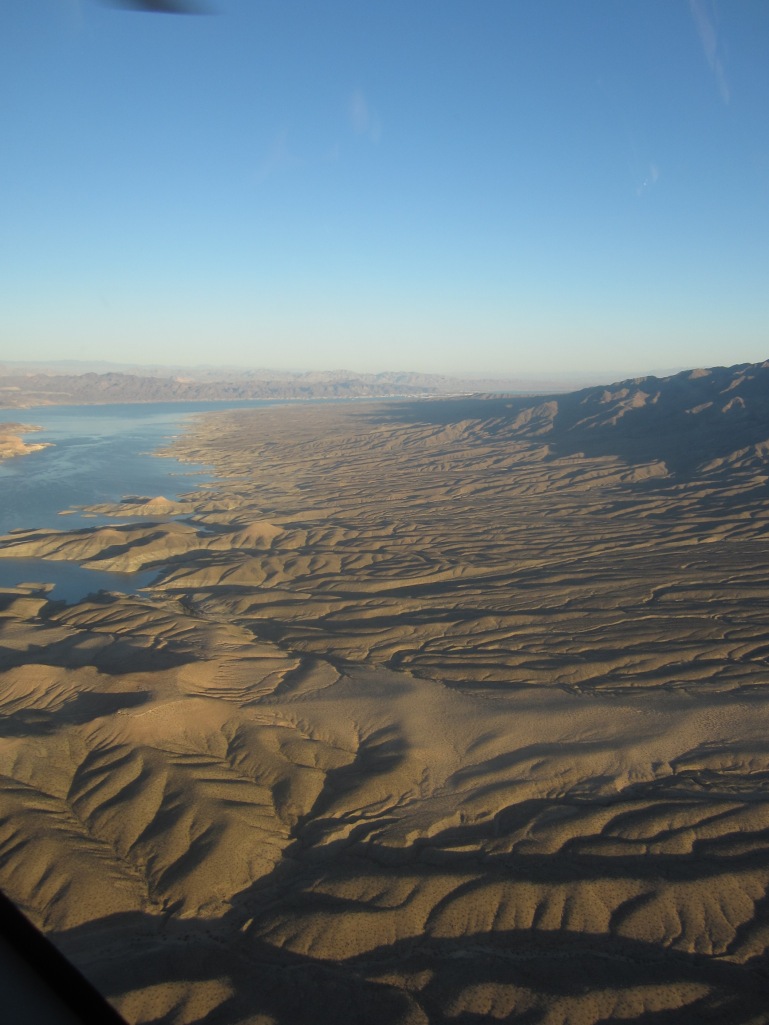 There were eight of us in our helicopter, which felt tiny once we were inside, and we set off over the barren desert on our 45-minute journey towards the Grand Canyon. Once we cleared the suburbs of Las Vegas and the reservoir Lake Mead there was nothing but arid landscape, with the occasional house or tiny settlement. I had seen an episode of Ben Fogle: New Lives in the Wild, where he travels to the remotest parts of the USA to interview those who’ve chosen to live there and he discovers that half of them are on the run from the law, and the desert is a suitably inhospitable place in which it’s great to hide. So I spent half of the journey imagining the scandalous back stories of the residents thousands of feet down below, and the other half I spent interrogating the pilot on all things related to flying a helicopter. By the end of the morning he was convinced I was going to try and commandeer his helicopter, and he made sure I wasn’t left alone too long with it. As if I would try to fly his helicopter by myself!! (It did look pretty easy…)

And finally we cleared a ridge that peered down into the Grand Canyon itself. Throughout the flight there’d been a great soundtrack (songs such as Free Fallin’ by Tom Petty for example – very fitting lyrics) and as we swooped down into the canyon to land the Top Gun theme song came on for added drama. I loved it! Once we’d landed John the Pilot cracked open some bubbly and brought out some pastries for breakfast while we ran around in excitement at just how big it is! We were perched on a ledge a little above the very bottom, giving us a great view of the whole “valley”, if that’s what it would be referred to as, and a steep drop around us. It’s quite humbling to realise how tiny we are as individuals in the grand scheme of the millennia that the world has existed, and to think that the Grand Canyon had been formed completely naturally, with absolutely nothing man-made about it. Quite incredible. 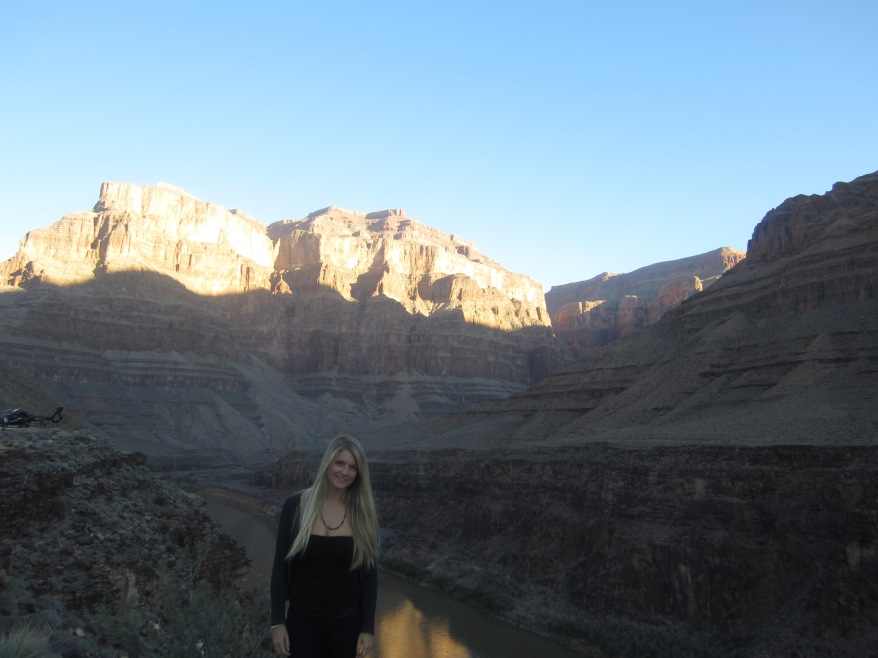 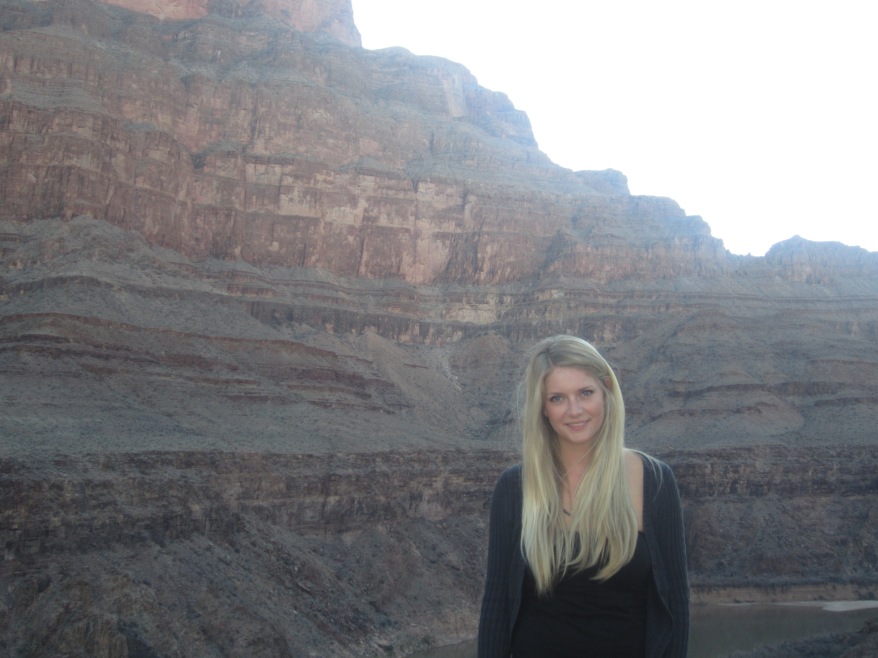 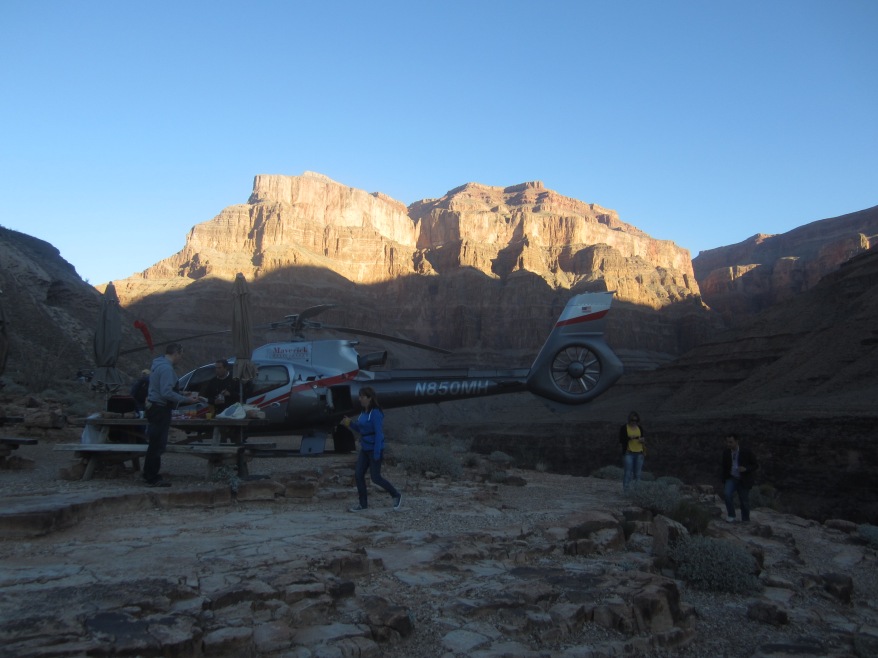 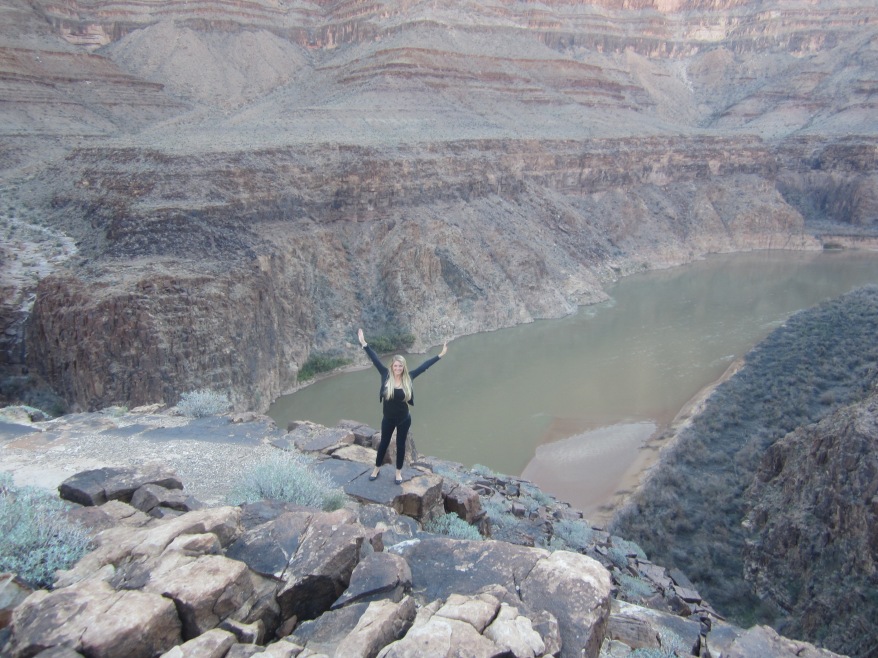 Sadly the time came to leave far too soon, and we flew back over a different part of the desert in order to see some new scenery. It was all over in the blink of an eyelid and I would have loved to do multiple stops, or perhaps a hike before returning to the helicopter. But alas this was not to be. It was still an incredible experience and the flight back to Vegas was equally entertaining, and you get a good sense of how odd the Vegas strip looks in its context of very very flat arid desert. I’d recommend the helicopter trip to anyone – it has honestly been one of the most exciting moments of my DTour yet! 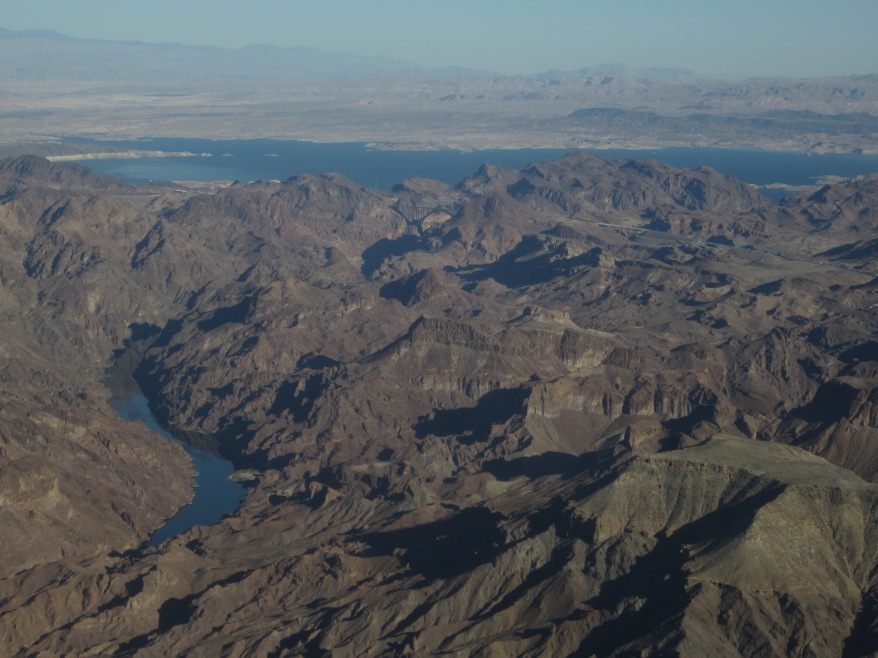