The DTour competition run by DoubleTree by Hilton selected 6 winners in total: 1 for each continent. Back in July I found out I’d be travelling to North America and I kept my fingers crossed that this meant I’d be travelling to more than one country, but when my flight itinerary popped into my inbox in September, I saw that all of the seven airports I’d be flying to were in the USA. Were my knowledge of US geography a little more advanced, I might have realised that Buffalo, NY, is right next to the Canadian border and extremely close to Niagara Falls! And so it came to be that I can tick off a 37th country off my list – I have now been to Canada! And I have been utterly charmed by the country, which is really very different from its bigger neighbour, the USA.

I’d been told by a number of people that the Canadian side offers better views of the falls and I have to agree that it’s true. Soon after arriving at the Niagara Fallsview Hotel in the afternoon, Anastasia took me on a little tour of the area and we went up on the Skywheel, a ferris wheel offering a good view of both the American Falls and the Horseshoe Falls. Walking back via the river edge you can see the falls lit up in a variety of colours, although I was impressed at how much mist obscured the view. Back in the hotel I indulged in some dinner and then a long deep soak in the jacuzzi. Despite staying in some hotels with incredible pool facilities, I hadn’t once had time to simply relax and sink into the bubbles and soothe my worn-out traveller’s muscles.

The next day I met Anthony Orsini, the General Manager and one of the owners of the hotel, who was to be my expert local guide for the day. We began with a trip down to the falls and we battled fierce winds to get up close. The weekend I spent in Niagara Falls was apparently one of the most wintery they’d had the entire year, so I was particularly unlucky. I would recommend going in spring or summer as so much of what there is to do and see around Niagara Falls is outdoors, so good weather is essential. However I still enjoyed it despite the clouds and spits of rain.

You can’t fully appreciate the falls unless you get really close, so you have two options. The Maid of the Mist boat trip had just closed for the season when I was there, but it allows you to get unbelievably close to the mighty falls (and by the looks of it unbelievable wet as well). You can also do the Journey Behind the Falls and sneak through tunnels that take you behind the waterfall, giving you the full force of just how powerful and violent they are. From afar the falls look quite peaceful, relaxing even, but up close they pound and roar non-stop, and have done so for centuries and centuries. 750,000 gallons of water pour over the falls per second, and it’s quite difficult to fathom how that quantity can continue to flow non-stop and yet never run out.

Aside from the falls themselves, I wasn’t too enamoured by the rest of the tourist zone surrounding it: the huge hotels, rotating restaurants and Clifton Hill. Skyscraper hotels and gaudy theme park attractions provide an ugly backdrop and in my opinion have spoilt the natural environment. Fortunately there is plenty to see just beyond Niagara Falls if you have a hire car and Anthony began our day trip by taking me to the natural Whirlpool that has formed in a bend in the river. From there we drove along the riverbank past a floral clock, the historic Fort George flying a Union Jack and Brock’s Monument (a statue to another Brit from the war against the Americans in 1812), and we popped into Peller Estates Winery for a wine-tasting tour. Canadian wine? Yes, they produce Canadian wine, and their speciality in this region (and also my favourite) is Ice Wine. The grapes are harvested at night at -8ºC and so they retain mainly sugar. From this they make an absolutely delectable dessert wine which I was fortunate to taste and lucky enough to bring home a bottle of, thanks to Anthony. 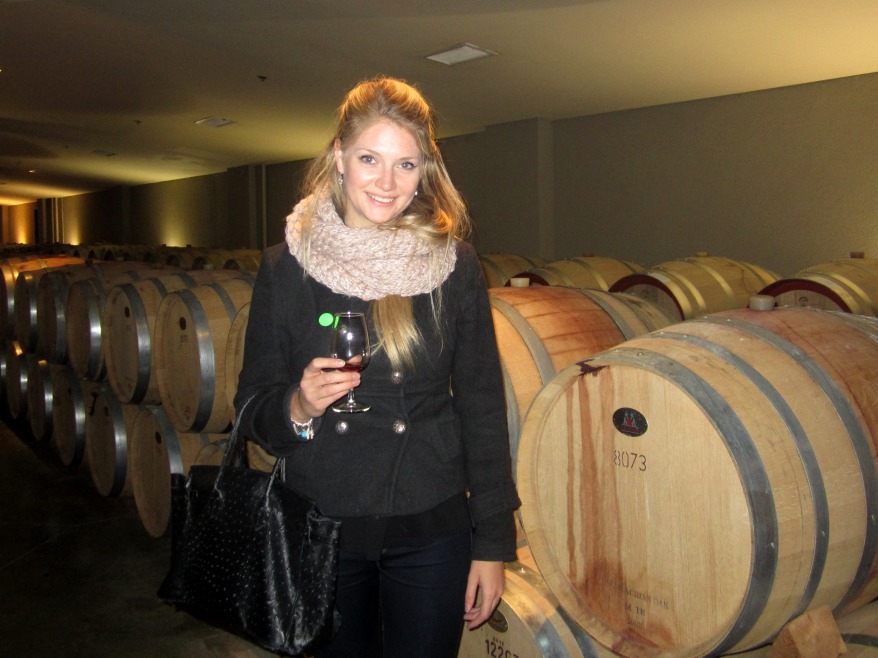 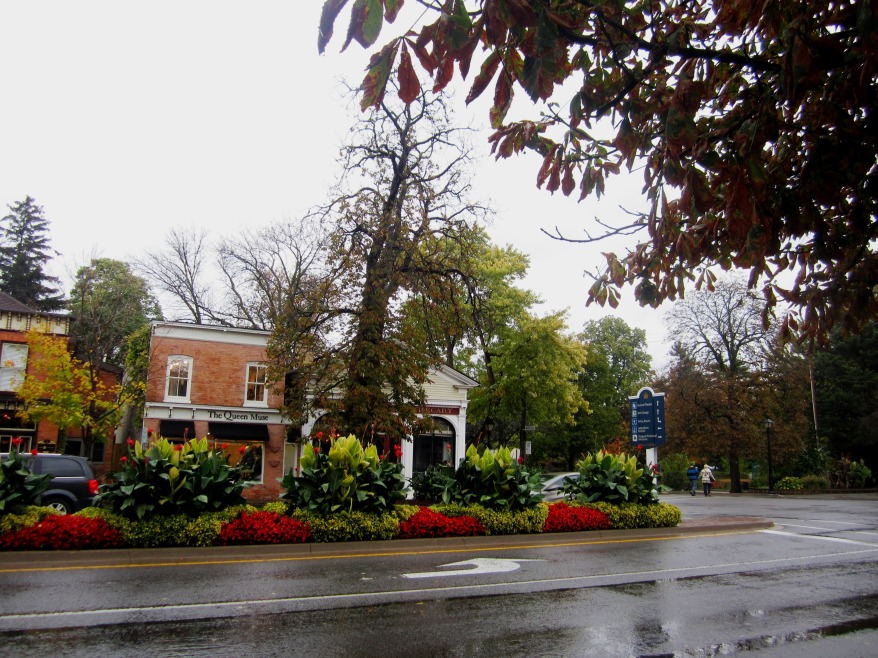 Continuing along the riverbank until we reached Lake Ontario, with a glimpse of Toronto’s skyline on the horizon at the other end of the lake, we explored the cute colonial-looking town of Niagara-on-the-Lake, which used to be the Canadian capital until the Americans threatened to invade, at which point they moved it further inland to safety. One of the things I adored about Canada was how British their heritage is. Queen Elizabeth II appears on their coins, I spotted Union Jack flags, almost everything is named after Queen Victoria, their prominent historical heroes are practically all British and the atmosphere is just very different from that in the United States. I have a serious hankering to explore more of Canada. After lunch in Niagara-on-the-Lake we took a stroll, discussing the differences and similarities between the US and Canada, and it was truly fascinating to gain another perspective on the continent and to learn about a new country. 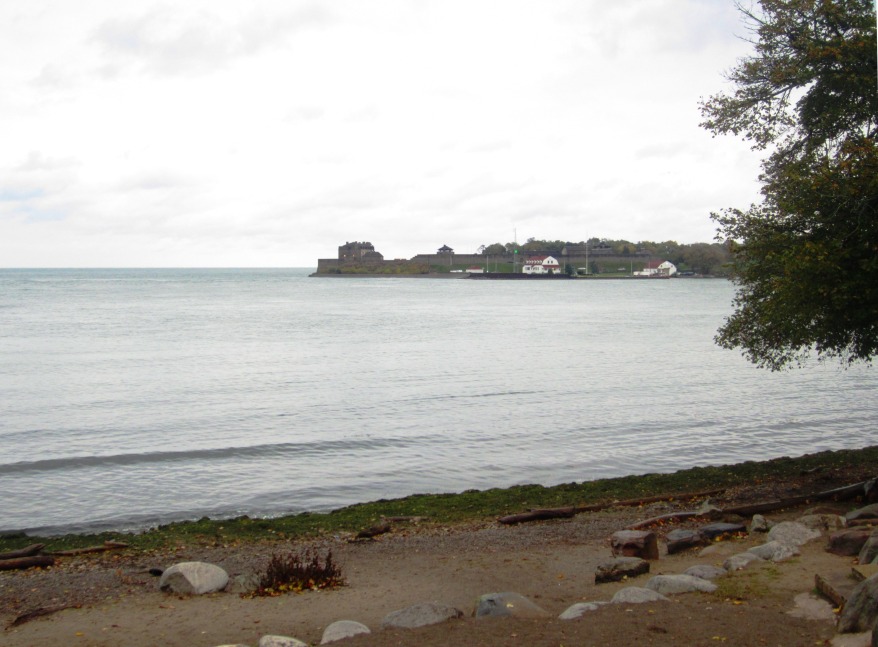 That evening I took another stroll down to the falls to allow myself be hypnotised by them. I had heard tales of daring tight-rope walkers and crazy old Victorian women who have thrown themselves over the waterfalls inside wooden barrels (with cat in tow) and seeing the water race past at such a pace gave me wanderlust for a big adventure in the wild. I would have liked to see more of Canada’s stunning countryside, and maybe even a bear or two, but all too soon my two-night stay was up and I found myself back at the US border again, this time heading for my very last stop on the DTour: the big apple, New York City. 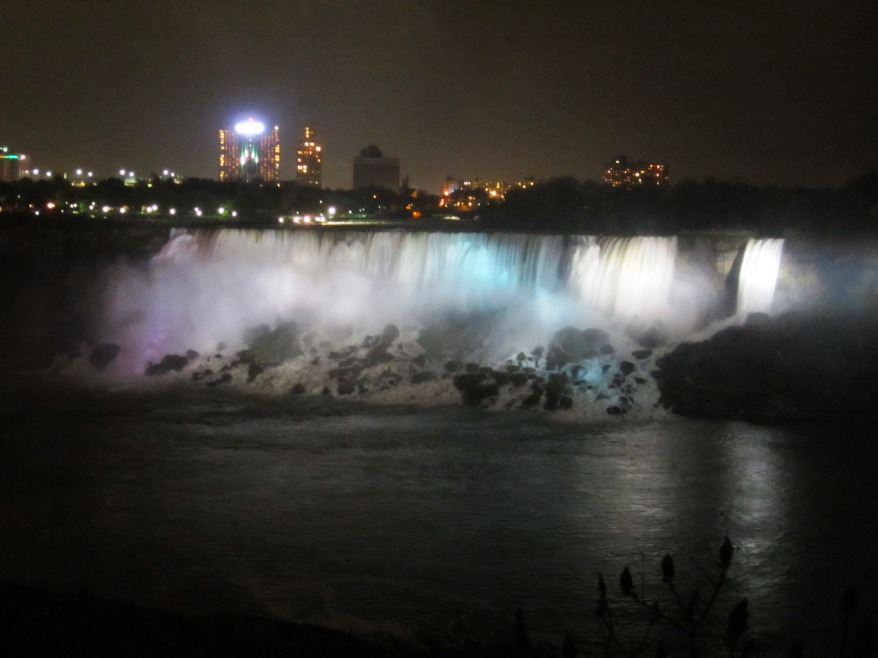 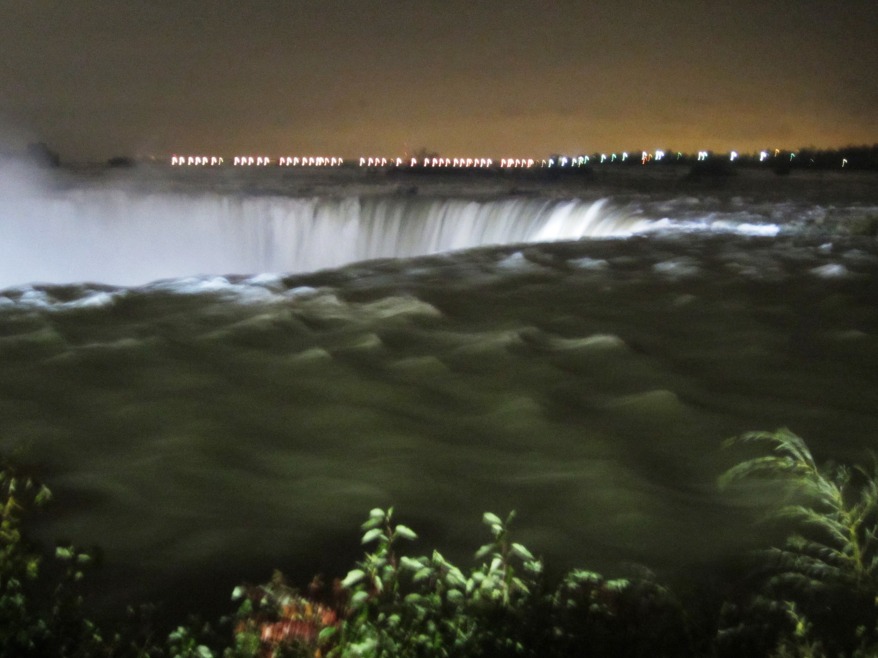 Alexander 💂🏻‍♂️
10-years after graduating from @uniofexeter, this weekend back in Exeter, visiting all our old favourite haunts, brought back all the memories and all the love for these wonderful friends! What a ball we had 🥰
He’s back!!! After almost 7 months away, he is now back for good and I am over the moon! ❤️
New (and final!) blog post! Today marks the 10-Year Anniversary of The Well-Travelled Postcard!
The Royal Victoria Ball at the Palace of Versailles 🇬🇧🇫🇷 was simply the most magical night of all, and so special to share it not only with so many friends, and also with my very own father! From the palace to the champagne, the reeling to the fireworks, it was a dream from start to finish ✨
We’re now 50% through the long-distance. It has felt like an eternity but I’m grateful to finally be closer to the end than the start! Yesterday marked 103 days apart and the mid-point before he’s back for good. It’s been 3 long winter months for me, 103 back-to-back working days for him… 🙈 At least he’s back shortly for a 2-week break 🤩 and after that the spring months should be easier to bear, filled with trips and distractions.
New blog post, and my first in a while! 📝✨Looking back on 2021: my goals and travels in year two of the pandemic
Day 1 of long-distance 😢❤️
New post! 📝 Growing up with The Well-Travelled Postcards: An interior design idea for travellers
New post! The 8th painting in my series of The Well-Travelled Paintings is from the village of Kioni on the north-east coast of the small island Ithaca, in the Ionian Islands in Greece. 🇬🇷🏝 I took this photo from a yacht during a blissful day sailing around Ithaca, having set off from the larger neighbouring island of Kefalonia, where I was lucky to spend a whole month this spring. ⛵️☀️🌊