En Route to Nepal: Why, What and Where I’m Volunteering with Raleigh and ICS

As this blog post goes live (the joys of pre-scheduled blog posts) I’ll be mid-flight to Kathmandu to begin a 15-week project in rural Nepal. But what am I actually going to be doing in Nepal? Most travellers think of Nepal and think of trekking or Everest Base Camp. Unfortunately I won’t be doing either of those things (they’ll merit another trip), but I will be volunteering as an ICS Team Leader in a rural community in the region of Makwanpur, south-east of Kathmandu, hopefully contributing in some small way to make the 30th poorest country in the world drag itself a little further out of poverty.

Why am I volunteering?

Because I’ve been travelling the world for too long now without giving anything back. Volunteering and fundraising in the UK is definitely better than doing nothing, but I do feel guilty for the luxuries of travel that I’ve enjoyed, visiting countries where the locals would be happy to have enough money to eat, let alone afford the luxury of travelling abroad. Beginning with the One Young World summit in Johannesburg in 2013, I began developing a conscience and wanting to get involved in solving some of the world’s innumerable problems. One Young World certainly inspired me to act and I’m pleased that my company (who sponsored me to attend OYW in the first place) are supporting me in this project in Nepal. I also think that I will learn a lot personally, developing new skills and gaining a better understanding of the issues facing developing countries that are stuck in the poverty rut.

Why volunteer with the International Citizen Service (ICS)?

There are two reasons: (1) it’s a scheme funded by the UK governmental Department for International Development (DfID), meaning it has credibility and I trust it to be bonafide (compared to some of the rather more suspect ‘gap year outfits’ that charge you to volunteer); (2) it’s free to participate in, apart from an £800 fundraising commitment, as DfID cover my flights, visa, vaccinations, food and accommodation.

Why volunteer with the charity Raleigh International?

It all started with an online application to the ICS, in which you answer a series of questions about your motivations, strengths, weaknesses and past volunteering experiences. ICS is delivered by 12 different partner charities and you have an opportunity to express a preference. My cousin Sophie had recently completed a volunteer project in Tanzania with Raleigh and I knew of a guy from uni who had volunteered with Raleigh in Nicaragua and Tanzania, and the charity needed Spanish-speaking volunteers for projects in Nicaragua so it made sense that I selected Raleigh.

I was shortly invited to an assessment day at Raleigh’s offices in London to prove why I was suitable for the programme, through various team activities, a one-to-one interview and a short Spanish test. Although Nicaragua was my first choice, they also run ICS projects in Nepal and Tanzania and having never been to Nepal, I chose that as my second choice. In the end they had sufficient numbers of volunteers for Nicaragua already so I was offered a place in Nepal. I took approximately 5 minutes to think it over before deciding that yes, Nepal would be fascinating and that I’m sure to visit Nicaragua another time when I do my big trip around South and Central America. 2016 is the first time Raleigh are running a project in Nepal so it will be exciting to make our mark on a community for the first time, but I’m also expecting lots of surprises along the way! We’ll obviously be travelling to Nepal in the wake of last year’s earthquakes in April 2015 that killed 8,000 people and displaced 2.8 million, nearly 10% of Nepal’s population, at a time when they need help more than ever. 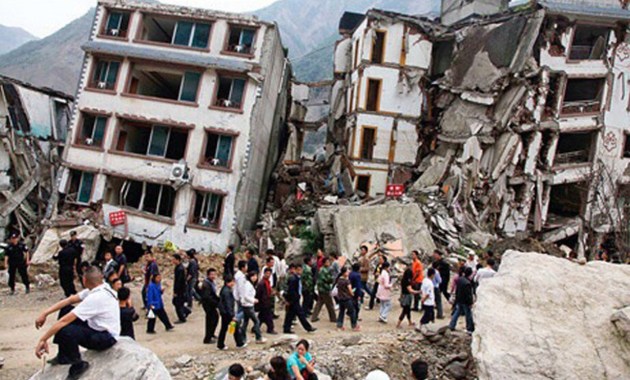 If you’re between the ages of 18 – 25 years old you take part in ICS as a volunteer. However I am already 26 years old, so I applied for the role of Team Leader instead. This means that I’ll be leading six British volunteers between 18 – 25 years old, and working with an in-country Nepalese counterpart Team Leader, who themselves will have six Nepalese volunteers. As a Team Leader you ideally need experience of leading teams of young people, which I proved through my role at university as president of a society and through demonstrating that I have mentored various young people at work. While prior experience of volunteering abroad is desirable in Team Leaders, I don’t personally have any but I was still offered a position, so don’t let that put you off if you’ve never volunteered abroad before. It is important however to express an open-minded attitude to other cultures, and my language skills and stints living abroad definitely helped demonstrate this.

What will I be doing out there?

The first two weeks will be training, then I’ll meet my six volunteers and, after helping train them for a week, we’ll head out to a rural community in Makwanpur to stay with host families. Raleigh have two types of project: ICS WASH and ICS Entrepreneur. WASH stands for Water, Sanitation & Hygiene and focuses on improving and increasing clean water supply and toilets. ICS Entrepreneur is a project focussed on helping young people and women to build businesses and create livelihoods for themselves, generating a sustainable income for themselves so that they are less reliant on aid. Apparently one year recently as much as 90% of the Nepalese government’s annual budget was made up of foreign aid, such is the poverty Nepal finds itself in.

Given my 3 years’ experience working in business (and my zero years’ experience of water, sanitation and hygiene development work) I requested to be involved in the ICS Entrepreneur project and that’s exactly what I’ll be doing. I’ll be coaching my 6 volunteers to help rural communities establish and develop self-sufficient livelihoods. One focus of Raleigh is to encourage sustainable development in developing countries, but another important focus of the charity is to develop the skills of the UK and in-country volunteers. In terms of what the UK volunteers will gain, I imagine the project will greatly expand their understanding of what poverty actually is and what causes poverty, as well as how to interact and work with foreign cultures. I’m a huge advocate for intercultural awareness and this project will hopefully do just that, as the 12 volunteers from the UK and Nepal will be living and working together daily for 3 months. A key phrase used is ‘active citizen’, and ICS hopes to inspire young people in the UK and overseas to develop a passion for long-term community development.

What preparations were necessary?

Endless preparations that’s what! After accepting my position as Team Leader in mid-October I had to: (1) provide two references; (2) get a DBS certificate to prove I don’t have a criminal record; (3) fundraise £800 to prove my commitment to the charity; (4) renew my passport (an emotional day!); (5) apply for a visa to Nepal; (6) get a medical form signed by my GP; (7) get endless vaccinations and anti-malarials; (8) pass a First Aid course; (9) attend a 3-day training weekend in Dulwich Scout Camp. During the 3-day training I met other Team Leaders heading to Nepal and Tanzania and it was such a fun weekend.

And today’s finally the day!

After all that, today is Monday 25th January 2016, the day I arrive in Nepal and begin a 15-week placement as an ICS Team Leader for Raleigh. I don’t yet know how much electricity will be available in the community I’ll be staying in (let alone internet access – non-existent I’m assuming!) so my updates from now on will be a bit sparse. I should have access to internet at least once every 3 weeks, so I’ll try to update this blog now and again with my progress out here.

Until then, wish me luck!

UPDATE: For more info on what I’ve been up to in Nepal, check out the following blog posts!

New post! The 4th painting in my series of The Well-Travelled Paintings is from a day ski-touring in Valmorel, in the French Alps 🇫🇷.
New post! 📝 The third painting in my series of The Well-Travelled Paintings is of Mondello Beach in Palermo, Sicily 🇮🇹.
International Women’s Day in 2016 in Nepal 🇳🇵⏭ 5 years to #IWD2021 in 🇬🇧 and I’m still trying my best every single day to keep my pledge 💪🏼
New post! Today is the start of National @CareersWeek and this year I obviously can’t attend schools in person, so I was instead asked by a school in Dorset to record a careers talk in advance, to be delivered online to their pupils, who are all studying at home during the pandemic.
New post! 📝 The second painting in my new series of The Well-Travelled Paintings is the view overlooking Cefalù from La Rocca, in Sicily. 🇮🇹 It includes a mini-travel-guide to the place and an insight into the different steps to build up the painting. 🎨 What you think of this one?
New blog post! 📝 Today I launch a new mini-series under the umbrella of my blog, called The Well-Travelled Painting, where I'll share my progress with re-learning to paint, and draw out the memories of the places and travel destinations I paint. 🌍🎨 Each painting will be accompanied by a mini-guide to the place depicted - a taster to whet your appetite for when we can travel once again!
New blog post! 📝 These are my 21 Wellbeing Tips for Surviving Pandemic Lockdowns, and you’ll find them on TheWell-TravelledPostcard.com (or see link in bio)
New blog post! 📝 This one covers 20 of my Goals and Projects for 2021, and you’ll find it on TheWell-TravelledPostcard.com (or see link in bio)
New post! Now the UK is back in lockdown and travel is off the cards for the moment, it’s a good time to escape reality by losing yourself in a good book 📖
New blog post! 📝 Looking back on 2020: my annual review is now up! Despite the challenges of 2020, I still believe it’s important to each individually reflect on the year past, and this year more than ever, to adopt an attitude of transforming negatives into positives, and always seeking the silver lining.