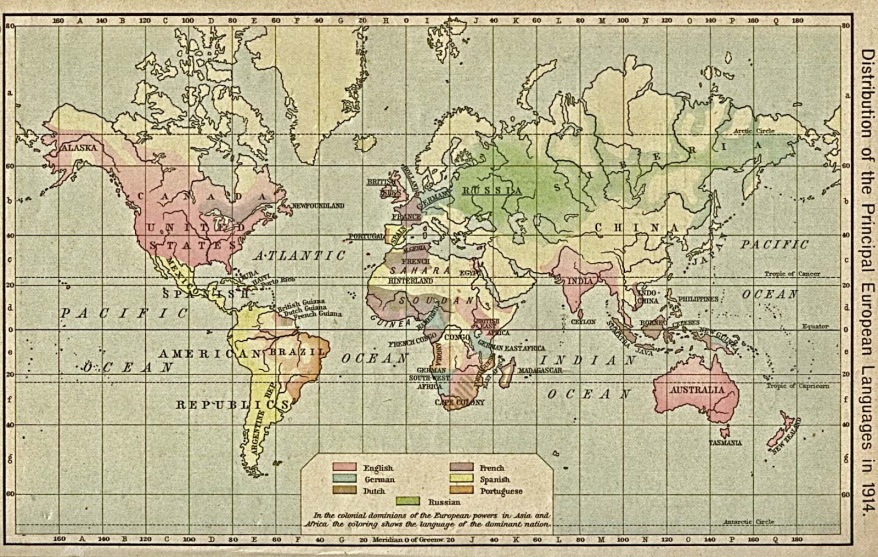 Last week I posted ‘Career Options for Graduates with a Modern Languages Degree (Part One)‘ and here is Part Two of my career guide for language graduates. The fourth year of university is an incredibly challenging time and many students stress over their career options. I did a lot of research at the time and thought I would put that knowledge to good use by passing it on through my blog.

Have a read of Part One about Masters Degrees and careers in Translation, International Institutions and Teaching, and then read Part Two below on some other options available, and to find out which route I personally opted for!

After having such a brilliant 10 months abroad on my Gap Year before uni, I would have loved another one post-university! I would have spent a summer working as crew aboard a yacht, I’d have travelled properly around South America, I’d have perfected my Portuguese, blogged about it all and who knows what else. There’s so much travelling I still want to do! In reality, it would have been difficult to explain to employers afterwards (not to mention my parents!) why I had felt the need to travel yet again and to prove my dedication. Furthermore, after four years as a student, I was very keen to have a salary and some actual money. But if you didn’t have a gap year before university, then you definitely deserve one afterwards and consider it a treat for having studied for over 18 years non-stop! 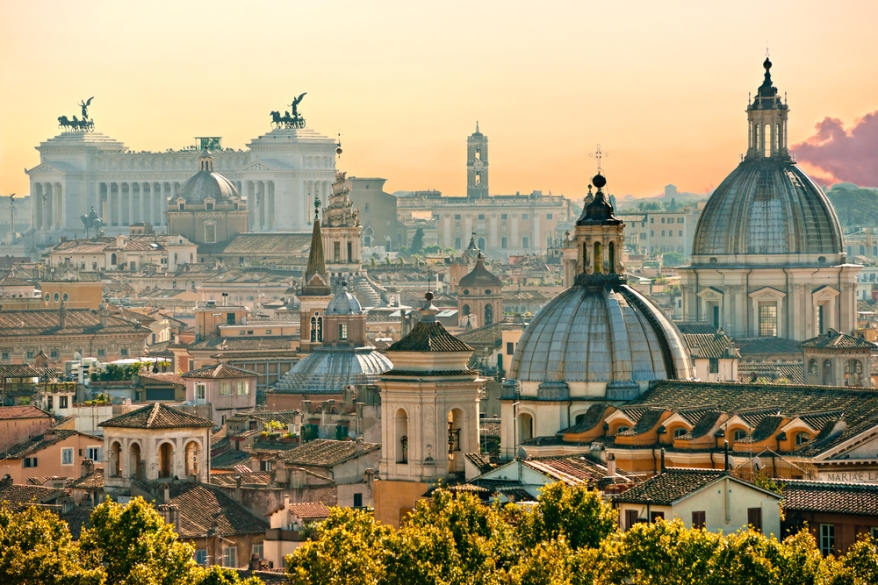 Having utterly fallen for Italy during my Third Year Abroad in Modena, I was convinced that I’d move back there straight after I graduated. Not to Modena, but to Rome, Bologna, Milan or Verona – I was dead set. But you know what? After endless job searches online, I realised that it would be a backwards step career-wise. Not only is youth employment in Italy currently at a shocking 42%, but it’s a country where all graduates have Masters degrees, are much older than my 22-year-old self (they study for much longer), and where family contacts are of the utmost importance. For obvious reasons, my contacts are in the UK, not Italy. And finally, possibly the most important factor of all: the Italian employment market dictates that your entire future career is restricted to the subject you studied at university. Unlike the flexibility in the UK where you can study Geography and then go into Banking, for example, Italy (and Spain too) is much stricter. With a degree in Modern Languages, my career options in Italy/Spain are limited to: English teacher, translator, interpreter. If I were to apply for a job in Finance or Business in Italy/Spain, my CV would be thrown in the bin without a second glance.

As much I loved Italy, my UK degree had prepared me for the UK employment market which readily accepts and nurtures languages graduates, and it left me in a much weaker position in other countries. (I can’t speak for France, Germany, USA, etc. as I don’t have personal experience of the job market there). In order to move abroad after graduating and avoid the trappings of the stereotypical jobs for graduates, you’d be wise to join a British company with offices in that country, as their working culture is more likely to give you a shot.

So finally at the end of this long process of research of the various options available, I arrived at this exclusively Anglo-Saxon concept of a Graduate Scheme at a large corporation. Many of my European friends have never heard of this and assume it’s some kind of qualification. It’s not. A UK Graduate Scheme is a full-time permanent job, like any other, which targets recent-graduates of any subject and normally includes a programme of training and mentoring to accelerate these graduates into management positions. Graduate Schemes are normally only offered by large (often multinational) companies that have enough resources to train up graduates and they can be found in almost any industry that takes your fancy.

To be honest, I had never really considered doing a graduate scheme, perhaps due to the influence of those around me who believe that studying languages only leads down a very specific path. In any case, I wasn’t one of the hundreds of thousands of finalists who frantically apply for every single graduate scheme they can find in the Times Top 100 Graduate Employers list. But in the end, 2 years after graduating, I find myself nearing the end of a Graduate Scheme in the High-Tech industry, specifically in Telecoms. Who could have predicted that, eh? So what happened? Back in my fourth year of university, while frantically (but unsuccessfully) searching online for jobs in Italy, I was headhunted by a recruiter who wanted to put me forward for a Graduate Scheme at a Telecoms company. Never one to turn down any opportunity, I sent over my CV, had a phone interview, a face-to-face interview in London and finally attended an assessment centre in a lovely manor house hotel near Windsor. I week later I was offered a place on the Graduate Scheme and was sent a very attractive looking full-time permanent contract, which is one thing that even Italians have trouble obtaining in Italy. This was great news – I had a job offer and contract on the table before even taking my final exams!

So here came the debate: do I accept the secure job and stay in the UK, or do I risk it and head to Italy anyway, with no guarantee of finding a decent job? Well, of course I chose to join the Graduate Scheme in Telecoms. The interesting part of all this is that I currently work for an multinational Telecoms company, which happens to be a Spanish company, and they headhunted me specifically for my Spanish-language skills. The lack of Spanish speakers in the company’s UK office meant they required people who could communicate with Spain & Latin America, and people that could be posted to Spanish-speaking countries, such as Spain, where I’m currently living and working in Madrid! Who cares if I didn’t study Business Management at university? The UK headhunter was after my valuable language skills and my previous experience of working abroad, and she knew that I’d pick up everything else I needed to know on-the-job. (To find out the name of the company I now work for, take a look at my LinkedIn page). 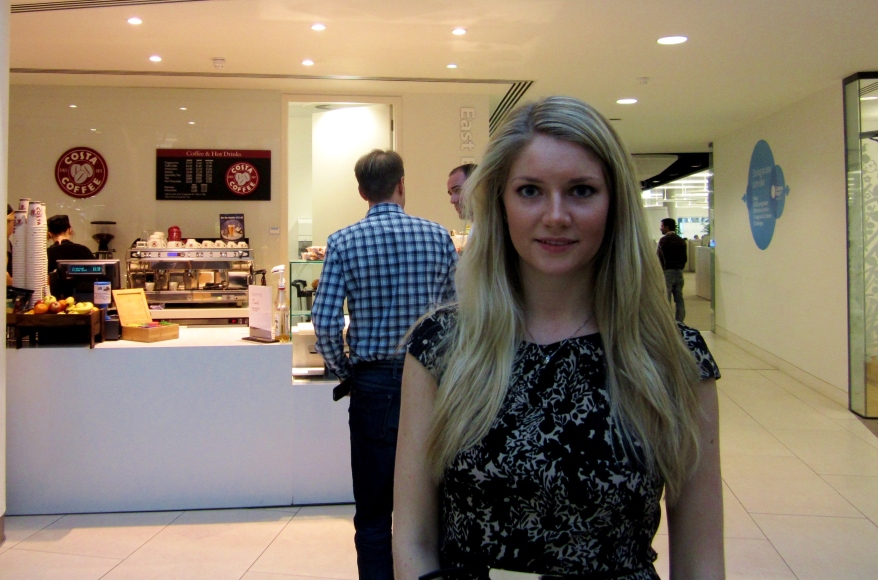 Now, would I have accepted a job on an entirely UK-based Graduate Scheme? Who knows, but to be honest probably not. I wanted working abroad to be a fundamental element of any career I embarked on, and I still want that. I also want an employer who values the language skills I have worked so hard to obtain. So I’d strongly recommend to language graduates that they don’t rule out working for a large multinational company in a sector they’d never considered before. Find a company headquartered in a foreign country whose language you can speak, and whose culture you know, and apply to their UK-based Graduate Scheme. Don’t apply to work for that company in the foreign country, as they’ll treat you as “only” a language graduate and throw your CV in the bin. My Spanish colleagues here in Madrid have marvelled at the fact that I’m working in this company and industry, despite having “only” studied languages, and they’ve openly told me that I wouldn’t have obtained this job, had I applied here in Spain…

So these are more or less all the options I researched during my Modern Languages degree. This is by no means an exhaustive list of the career options a languages graduate might have and there are hundreds of other language-related opportunities out there! I’ve been struck by the differing attitudes towards languages degrees and thought it was an important topic to address for many undergraduates currently worrying about the big, bad world or work, beyond the comfort and familiarity of university life. A lot of people/employers do consider a languages degree to be a very rare and employable asset to have, a valuable USP. Whereas other people/employers may put you into a box or stereotype you for it. My hope is that now I’ve got my first two years of business experience under my belt, my future bosses and employers will judge me on my experience rather than my studies, and recognise my languages as the fabulous assets they are.

At the end of the day you should follow whichever career path your heart is leaning towards, it’s just important to be aware of these different points of view and of all the options open to you – don’t feel restricted to anything. The world is your oyster!

If you’ve already graduated, what route did you decide to go down? And if you’re still an undergraduate, what kind of career appeals the most to you?