Decisions, Decisions! Where to Study Abroad Next? 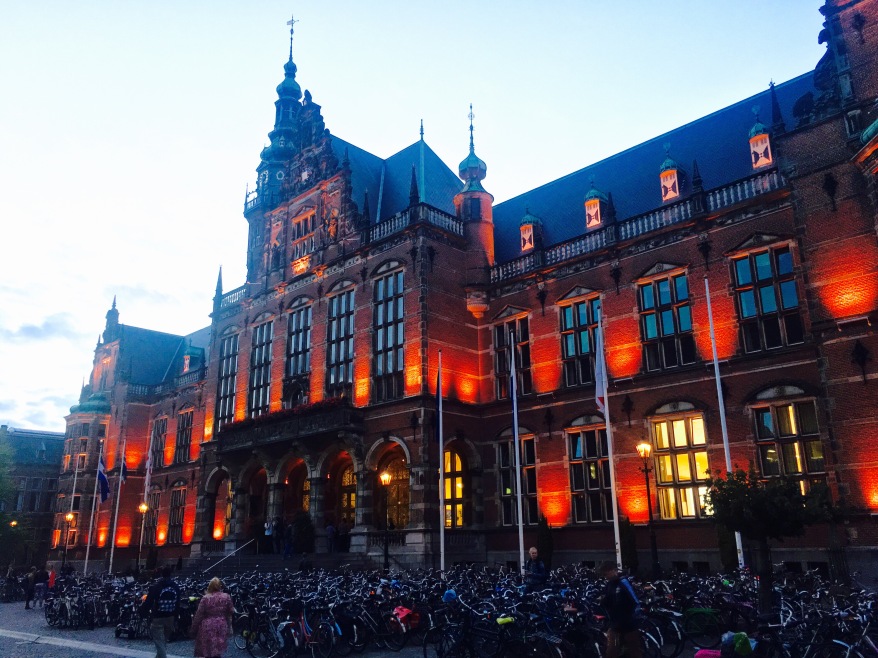 For someone with perennially itchy feet, one key attraction of the Master’s course I’m now taking was the international mobility. My course falls under the umbrella programme of Erasmus Mundus, meaning that it’s a course run by a consortium of 8 universities all over Europe and that during the four semesters of my course I will move to at least 3 different countries!

Right now I’m at the University of Groningen in the Netherlands and I’ve just completed 1 month (check out my update on Month 1) and I’m already being asked to choose where to study next semester, from February to June 2017. Having only just arrived in the Netherlands, and while I’m enjoying Groningen so much, it seems strange to think of leaving so soon, but it’s also a very exciting prospect to have 7 other universities in 7 other countries to choose from!

So here comes the decision: where do I want to study in my 2nd semester? It feels like there are a lot of things to consider:

Where would you choose?

I’m so excited to have such opportunities open to me and my fellow students through this programme! And in case those 7 choices above weren’t enough, in our 3rd semester we also have the option of studying in the US, Mexico, India or Japan too! It’s literally my dream course. Sounds tempting? You can find out more about the Euroculture course on the programme’s website. The application window for 2017-19 is open now.

So, I have to choose a 1st and 2nd preference for my 2nd semester, and I’ll be heading to one of those two. Disclaimer: this blog post is going to be hugely subjective and based on my own opinions and preferences, so for any future students reading it, bear that in mind… Also, photos below not my own.

So on that note, where should I choose?

Bilbao, on the north coast of Spain:

Bilbao’s regional focus is Latin America, which does certainly interest me. However, I already speak Spanish and I’ve already spent a year living in Spain, while on Erasmus in Córdoba and working in Madrid post-uni, so while I love and miss Spain a lot, I don’t feel like it would be a particular challenge for me. It’s a country I already know well. I also spent a couple of days in Bilbao in 2013 before going to the wedding of my childhood au pair Paloma, and the city didn’t amaze me, but nearby San Sebastián would be great for weekend trips and the food in the Basque Country is exquisite!

Göttingen’s regional focus is the US and the Middle East, neither of which grab me with any great force. I know very little of Germany, but what I do know of Germany I absolutely loved! I’ve only spent a week in Munich thanks to a week’s training on my graduate scheme in 2013 and a fortnight in Berlin studying a course while I was on sabbatical last December, and both cities seemed to offer a great lifestyle! But for some reason the idea of living and studying in a very small German city like Göttingen doesn’t really grab me that much. I also speak no German whatsoever. Göttingen isn’t really a contender for me, although it is up there with Groningen and Uppsala in the international rankings, so I’m sure it’s a great university. 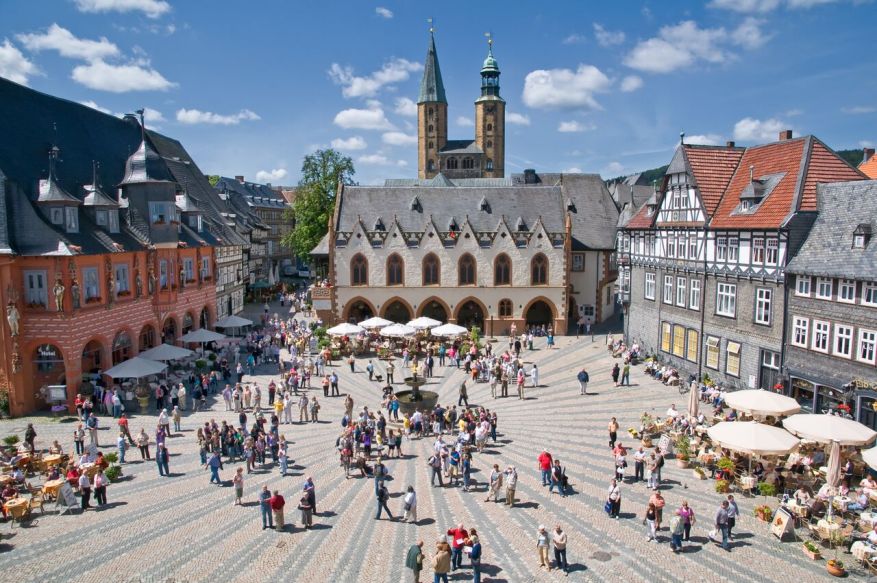 Kraków’s regional focus is Central and Eastern Europe, and to my surprise also Latin America. The focus on Latin America appeals to me, alongside the opportunity to learn about a new region of Europe, as does the chance to visit a new country: Poland! Everyone raves about Poland so much, and in particular Kraków, so I’m intrigued to see what all the fuss is about! My entire year group across all 8 universities will spend a week in Kraków next June 2017 called the ‘Intensive Programme’ so I do know for sure I will be travelling there anyway. With Poland being such a large country in Europe population-wise, I do feel it would be useful to learn more about Poland, as it’s only going to gain more importance in the years to come, and it would certainly be a new adventure for me… And the cost of living is apparently very low. 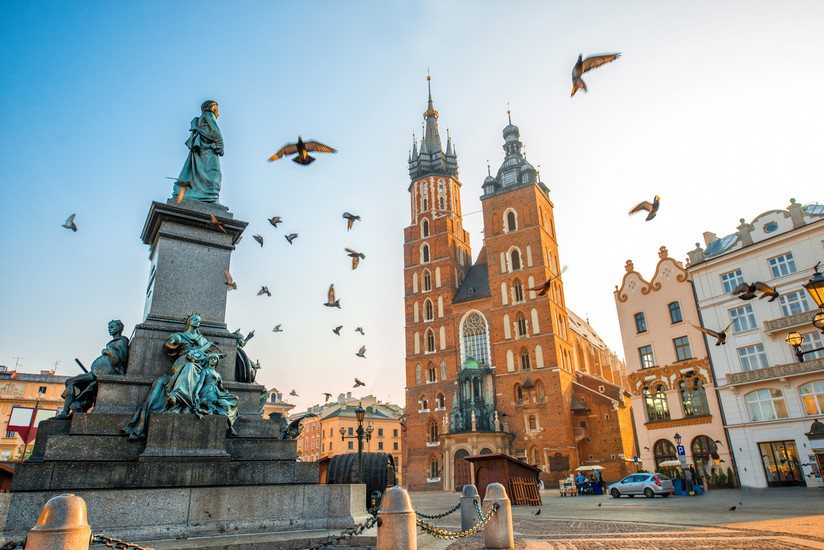 Olomouc, in the east of the Czech Republic:

Olomouc’s regional focus is Central and Eastern Europe, and visual culture. My only experience of the Czech Republic to date was a week’s training in Prague in January 2013 as part of my graduate scheme, and we had an absolute ball! Admittedly it was freezing cold, but I was staying in an incredible hotel, with all expenses paid, with 40 other graduates my age. Cut the budget slightly and move it to a slightly smaller city and that’s how I imagine an Erasmus experience in Olomouc. Although I think the Czech Republic would be a lot of fun, I’m afraid Olomouc isn’t high up on my priority list, partly for being such a small unknown city, and partly for its focus areas, about which I don’t know very much.

Strasbourg, in eastern France on the border with Germany:

Strasbourg’s regional focus is western Europe and obviously the EU institutions which are based right there in the city. In my initial application a year ago I was very interested in Strasbourg, but since the EU referendum and since my prospects of working in an EU institution itself have disappeared, I’m no longer so keen. It would certainly be helpful to improve my rusty French, but I also hear that a non-French speaker will have a tough time logistically… I do hear the city is stunning though, and being such a prominent city in European politics, it certainly has a rich programme of events and talks! Although I’ve never lived in France, I have spent a lot of time there throughout my childhood, so it doesn’t feel like too much of a new adventure for me… 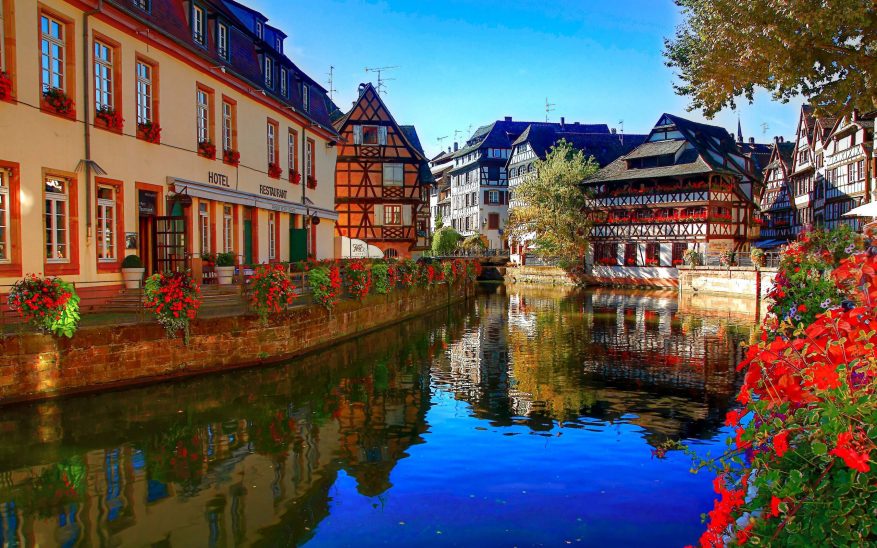 Udine, in north-east Italy near Venice:

Udine’s regional focus is the Mediterranean, Central and Eastern Europe. But for very similar reasons as for Bilbao above, I already speak Italian and I’ve already spent a year living in Italy, while on a ski season in Courmayeur, au pairing near Rome and doing an Erasmus internship in Modena, so for me Italy wouldn’t be that challenging or adventurous. Although I do adore Italy to bits, so it would be a very comfortable and happy choice, especially in spring and summer!

Uppsala, an hour north of Stockholm in Sweden:

Uppsala’s regional focus is Scandinavia, the Baltic States and Russia. It’s certainly an appealing region that I don’t yet know a huge amount about, but since my visit to Russia in May this year to resume my Russian classes, it’s definitely high up there in terms of interest. Like Groningen, the University of Uppsala is also in the top 100 of the world rankings, which gives me confidence in its academic calibre. The idea of taking this Master’s was to explore parts of Europe that I don’t already know, and to expose me to new areas. I went to Stockholm in summer 2015 and absolutely loved it, so the prospect of actually living in Sweden is very exciting, but otherwise I have never been to north-east Europe and I’m excited to potentially visit Oslo and the Norwegian fjords, Helsinki in Finland, and countries nearby like Estonia, Latvia and Lithuania. Despite the prospect of the cold and the higher cost of living, Uppsala is up there!

I’ve spoken to various students in the year above me about their respective choices and I’ve weighed up all the options. I can kind of rule out some universities straight away based on previous familiarity: Bilbao, Strasbourg and Udine simply do not seem enough of an adventure for me. I can further whittle down the list by having little interest in the regional focus of the university: so it’s unlikely to be Göttingen or Olomouc. Which leaves me with Uppsala and Kraków. Kraków would be the more adventurous, as I’ve never been to Poland before, but I think I’m more interested in the course at Uppsala and I do adore Sweden… Decisions, decisions!

As my deadline is mid-next week, I still have time to be influenced however, so if you have any opinions, experience or knowledge about the 7 universities, then please do comment and let me know! And stay tuned to find out where I’m heading next semester, as I should find out the final result before the end of October!

And I’m really intrigued to know: where would you personally choose and why?