It’s now December, which marks a full 3 months since I moved to the Netherlands to start my Master’s! This is the third of my monthly updates (here’s the first and second) that I’m hoping to write throughout my 2-year Master’s, partly to keep a record for myself of my experience doing this degree, to look back on in future, and partly to give you all an idea of what the life of a student abroad is like, what I’m learning on my course and what I get up to over on the continent. If you’re curious why I’ve moved to the Netherlands or started a Master’s, find out more about that here: ‘My Next Steps: Why I’m Emigrating to Europe’.

If month one was about settling into the Netherlands; and month two about getting into the course, doing lots of sport and exploring nearby countries; then month three has been about deadlines, balancing all my classes and assignments with trying to have a social life, breaking out of the Groningen bubble by visiting the UK and other parts of the Netherlands. As the temperature has dropped here in Groningen, the layers are piling on and September’s heat wave seems like a distant memory! As I managed to skip most of the European winter last year, I haven’t quite come to terms with the idea of the sun rising only at 8am and the many months of darkness and ice ahead! It’s been a shock to the system, butat least the Netherlands hasn’t (so far) lived up to its reputation for rain!

So here’s the third blog post of the series, covering November 2016: the third month of my 2-year Masters in European Society, Politics and Culture in a Global Context.

Where I’ve been in November

What I’ve been up to in November

Month 3 has exhausted me. I don’t want time to whizz by any faster than it already is, but I am really looking forward to a break over Christmas! I had a reading week back home in the UK at the beginning of November, but I squandered it by organising too many events and parties, meaning that I managed to see lots of friends, but that I didn’t feel at all well rested. 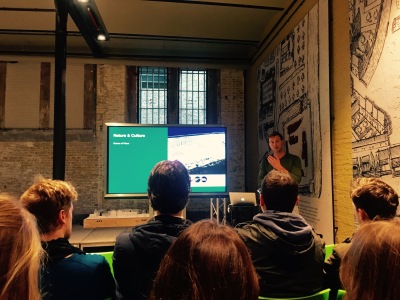 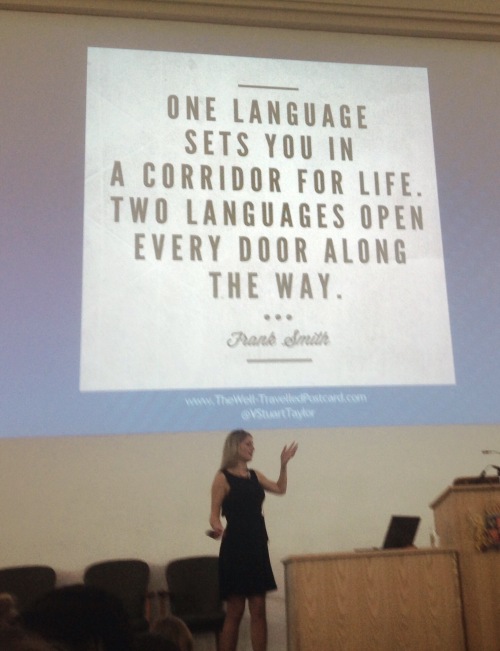 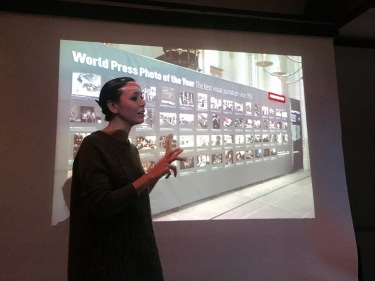 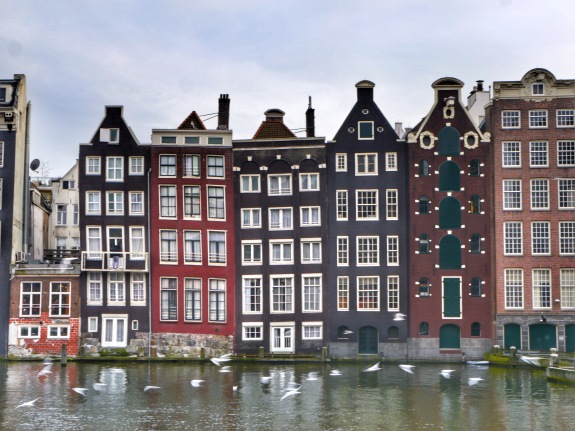 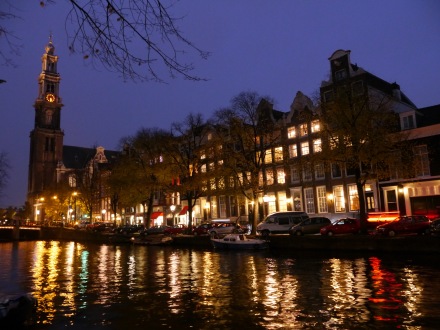 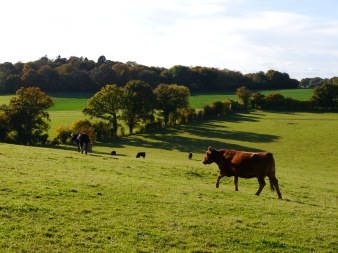 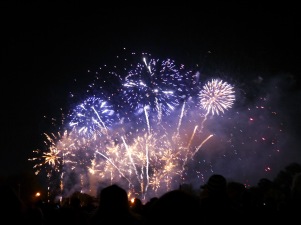 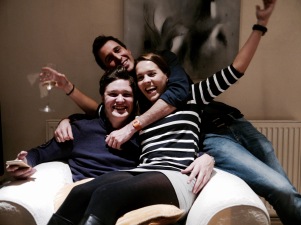 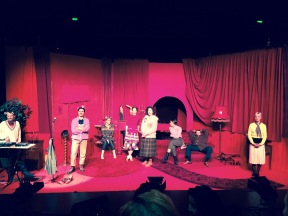 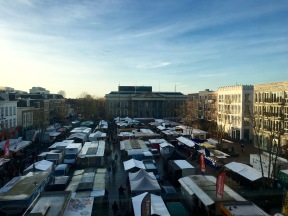 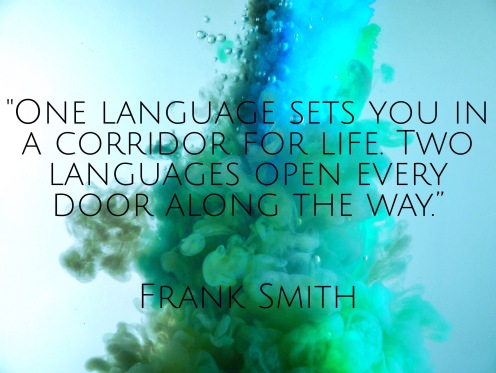 Tonight I visited the @CorinthiaLondon Royal Suite and oh my god… £21,000 per night for the best views in all of #London! #CorinthiaMingle pic.twitter.com/IdsluWljWU

From one capital city to the next: Amsterdam! Wonderful day trip this weekend to work with the @StudyinHolland reporters and meet up with @annabella_hedgebottom. Look closely and you'll spot the flock of seagulls flying just above the canal...

Returning to my secondary school in Hampshire, speaking to old teachers, noticing the incredible atmosphere of community and feeling at the end of the day like I might have had a positive influence on the lives of young people who heard my talks! Winning the ‘Best Debater’ award in my class. Being pleasantly surprised by a few very high grades, confirming that this degree is the right one for me. Seeing Bonfire Night fireworks in London with some of my very oldest schoolfriends and drinking the night away together, just like we used to a whole 10 years ago as underage teenagers! Hosting my sister Olivia in the Netherlands and introducing her to the wonderful city of Groningen – she agrees that it’s just idyllic here! Finding a beautiful, secret study spot in the Academy Building (it’s the small things that a student appreciates…). Using my fledgling Dutch! 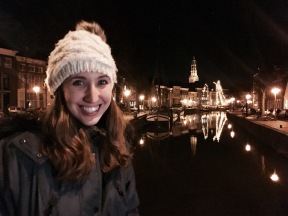 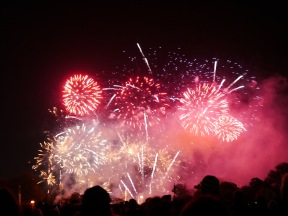 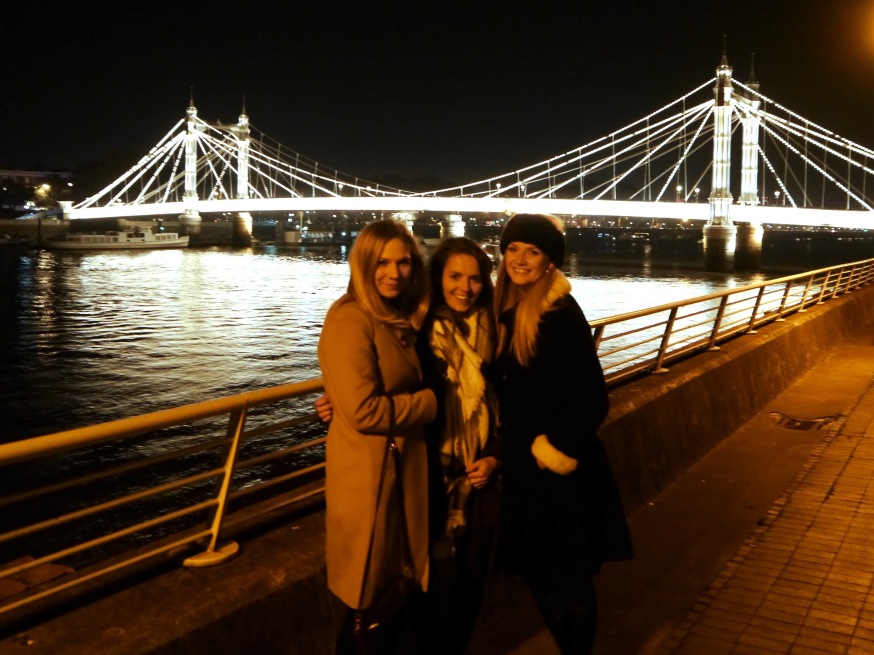 Sleeping on a sofa bed in London, instead of having a room of my own (now that really is a #firstworldproblem). A 7-hour solo train journey from London to Groningen after my reading week, which was definitely an improvement on the bus variety I endured in October, but still pretty rubbish. Such confusing bureaucracy and form-filling to get the  Erasmus grant for my next semester in Sweden. Realising how much the fluctuations in GBP-EUR exchange rate impact my finances now I’m living in euros. Feeling even more frustrated than ever at Brexit and the rise of populism and post-truth politics, compounded by the dire Trump situation across the pond. Not just one but two (almost) all-nighters to meet 9am deadlines: honestly, who sets 9am deadlines?! Such cruelty! The ever passing of time which is rapidly stealing the lovely city of Groningen from out of my hands, as I’ve now only 2 months until I move to Sweden! Part of those 2 months will be in the UK for Christmas anyway! Somehow surviving a 42-hour week just of lectures and classes, on top of all my assignments, papers, exercise, sleep and social life. Not having enough time to blog but bursting with ideas for blog posts I want to write!

First things first, on the 5th December is the Dutch tradition of Sinterklaas! After a scary deadline for my 6,000 word research paper on colonialism’s impact on British identity, I will hopefully also be visiting the Christmas markets of Hamburg in Germany. In my last week of term I will unfortunately have 3 separate presentations to give (!) which will make my flight home to Hampshire for Christmas very welcome! I’ll base myself in Hampshire for the rest of December after Christmas and spend New Year’s Eve at a house party with schoolfriends, and hopefully finish off my various assignments and papers that are due in January.

November where did you go?! It’s been a somewhat sleep-deprived month, with plenty of assignments to keep me busy, but also sadly away from my blog… I have however been a lot more active on Instagram recently so follow me at @VStuartTaylor to keep up to date on the latest from over here in the Netherlands!