Somehow we’re already at the end of 2016 and with it, I’ve left the Netherlands as I near the end of my first semester at university. This is the fourth of my monthly updates (here’s the first and second and third) that I’m hoping to write throughout my 2-year Master’s, partly to keep a record for myself of my experience doing this degree, to look back on in future, and partly to give you all an idea of what the life of a student abroad is like, what I’m learning on my course and what I get up to over on the continent. If you’re curious why I moved to the Netherlands or started a Master’s, find out more about that here: ‘My Next Steps: Why I’m Emigrating to Europe’.

December was all about giving presentations, celebrating 2 separate Christmases and saying goodbye to my lecturers, my classmates and friends in Groningen. Essentially, it was all about squeezing goodbyes in between a packed schedule and a lot of life admin as I tried to prepare for Christmas and my move to Sweden. Everything in Groningen came to an end far too quickly and I would rather prefer the semesters to be a bit longer. It does make me grateful to be doing a 2-year Master’s though, and not just a 1-year degree, as it’s flying by!

So here’s the fourth blog post of the series, covering December 2016: the fourth month of my 2-year Masters in European Society, Politics and Culture in a Global Context. 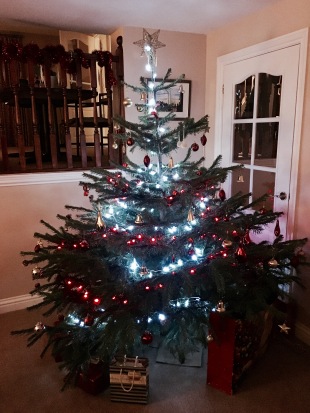 Where I’ve been in December

What I’ve been up to in December

December = Christmas! I technically had two Christmases this year, as the Dutch celebrate and give gifts on Sinterklaas (5th December), and then the rest of the month was taken up with Christmas parties, drinks, dinners, markets and shopping, and of course an English Christmas on the 25th December! Along with the festivities came an endless stream of goodbyes as I moved out of Groningen, but I also managed to see lots of uni and school friends, family and my godmother back in the UK too. 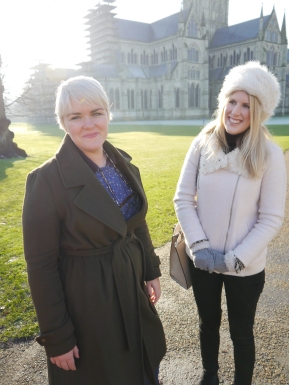 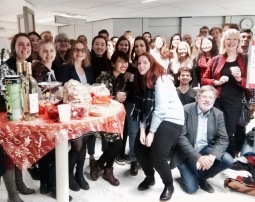 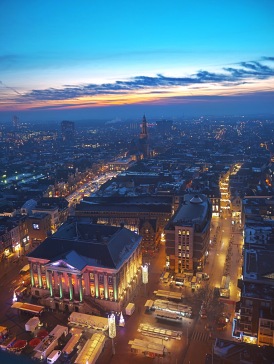 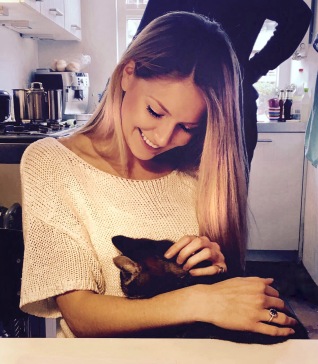 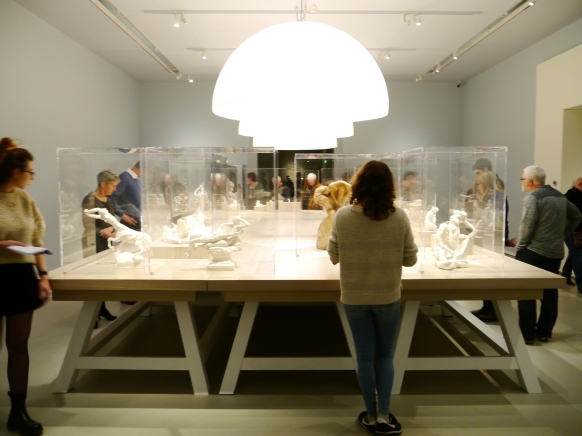 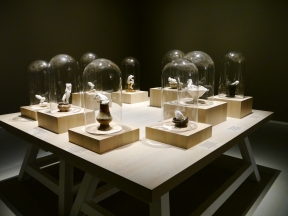 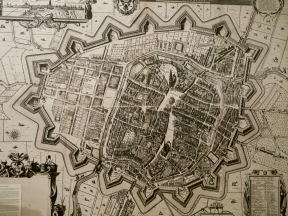 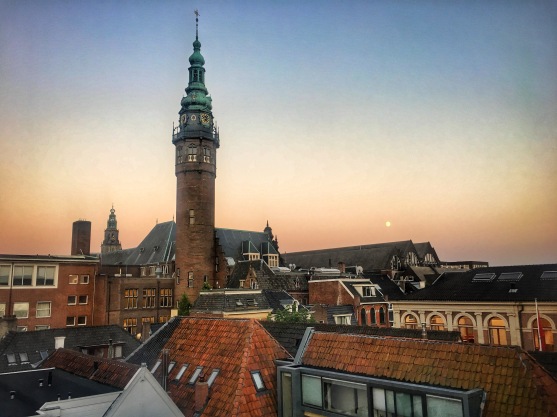 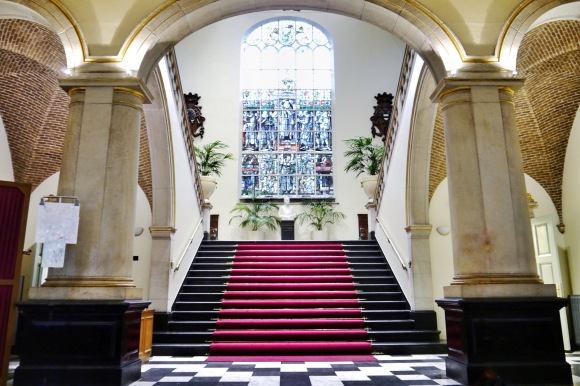 Relaxing over Christmas was the big high point for me this month – while I was kept busy with social gatherings and seeing other people, for once there were no deadlines or assignments or readings to do! I simply ate home-cooked food, gave and received presents, played games, sang carols, caught up with family and friends, went for country walks and runs, watched detective and murder mysteries on TV (my favourite genre) and I may have slightly let my brain melt… The idea of getting back to my assignments in the New Year seems impossible after a whole week of rest! Another high was seeing so many local Groningers enjoy my photo from the Martini Tower and understanding their pride in their city – Groningen really does have a sense of true community and that’s something that’s rare to find nowadays. I was also relieved to confirm my flat next semester in Uppsala, as it’s in the city centre, has a gym downstairs, looks pretty nice and is one less worry to carry into the New Year! I also got 10/10 for two essays this month which was a bit of a shock, but very welcome indeed! 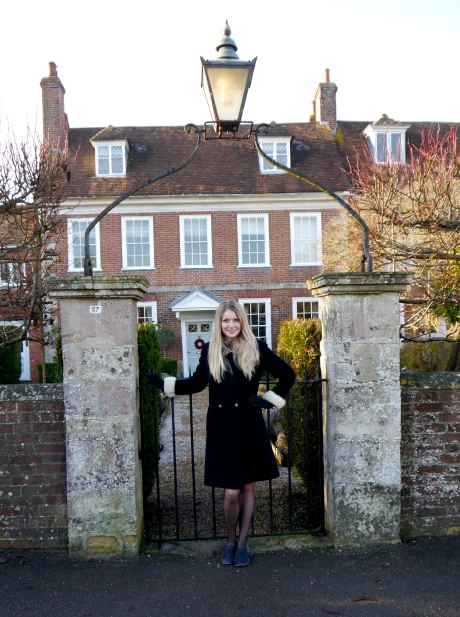 After a big deadline was postponed by 3 days, I ended up having to lock myself in a room for 4 days to finish a paper, and doing so I annoyingly had to cancel and miss a weekend away in the German city of Hamburg, at the invitation of the tourist board. Partly my fault, I know, but I was still absolutely furious as I never, ever cancel travel plans – I can’t think of a single other occasion to be honest. 4 days of solid work on one paper was really rather grim as well… When I moved out of my flat in Groningen on the 23rd December and presented myself at Amsterdam Schipol airport, I somehow arrived at the check-in desk with 62kg worth of belongings (mostly weighed down by very heavy books). Not only was lugging my entire body’s weight of baggage to the airport on public transport hard enough, but I then faced a €240 charge for all my extra luggage! A traumatic half an hour and lots of tears later, I had bargained this down to €54 and I somehow made it onto the tiny propeller plane with all 62kg of my belongings, but my god was it a painful and stressful half an hour that I would really rather forget! That is the ugly side of moving country that no one remembers to talk about… And finally, leaving my flat in Groningen felt rubbish. My room looked so empty when I closed the door for the last time and I realised how attached I had become to my life in Groningen. I just did not want to leave yet. My studies in Groningen have come to an end altogether too quickly, and I’m still cut up about having left.

Next month will be busy but less so than the last few months – phew. At weekends I’ll be up in London seeing friends, but during the week I shall be glued to my laptop down in a rural bubble in Hampshire, finishing a number of essays and a portfolio of work that I have to submit before mid-January. Then I’m spending a week skiing in the Swiss ski resort of Murren (rather worryingly pending some snow – #WhereIsTheSnow) to compete for the first time in the much-anticipated Inferno ski race, as part of the Kandahar Club that I joined last summer. After another week in Hampshire I then pack my bags anew and move to Sweden at the end of January, to start my next semester! It’s also the time of year that I post lots of my reflections on this year, my goals for next year and things all get a bit philosophical at the turn of the year, so look out for those posts.

December has signalled a number of goodbyes and endings: of the year, of my time in Groningen, of the first semester (almost) of my degree, but it’s been a fun month! I feel relieved to have a decent break but am also feeling excited for the next chapter in Sweden and the New Year, which holds a lot of promises! Have a wonderful New Year’s Eve tonight and Happy New Year!

New post! The 4th painting in my series of The Well-Travelled Paintings is from a day ski-touring in Valmorel, in the French Alps 🇫🇷.
New post! 📝 The third painting in my series of The Well-Travelled Paintings is of Mondello Beach in Palermo, Sicily 🇮🇹.
International Women’s Day in 2016 in Nepal 🇳🇵⏭ 5 years to #IWD2021 in 🇬🇧 and I’m still trying my best every single day to keep my pledge 💪🏼
New post! Today is the start of National @CareersWeek and this year I obviously can’t attend schools in person, so I was instead asked by a school in Dorset to record a careers talk in advance, to be delivered online to their pupils, who are all studying at home during the pandemic.
New post! 📝 The second painting in my new series of The Well-Travelled Paintings is the view overlooking Cefalù from La Rocca, in Sicily. 🇮🇹 It includes a mini-travel-guide to the place and an insight into the different steps to build up the painting. 🎨 What you think of this one?
New blog post! 📝 Today I launch a new mini-series under the umbrella of my blog, called The Well-Travelled Painting, where I'll share my progress with re-learning to paint, and draw out the memories of the places and travel destinations I paint. 🌍🎨 Each painting will be accompanied by a mini-guide to the place depicted - a taster to whet your appetite for when we can travel once again!
New blog post! 📝 These are my 21 Wellbeing Tips for Surviving Pandemic Lockdowns, and you’ll find them on TheWell-TravelledPostcard.com (or see link in bio)
New blog post! 📝 This one covers 20 of my Goals and Projects for 2021, and you’ll find it on TheWell-TravelledPostcard.com (or see link in bio)
New post! Now the UK is back in lockdown and travel is off the cards for the moment, it’s a good time to escape reality by losing yourself in a good book 📖
New blog post! 📝 Looking back on 2020: my annual review is now up! Despite the challenges of 2020, I still believe it’s important to each individually reflect on the year past, and this year more than ever, to adopt an attitude of transforming negatives into positives, and always seeking the silver lining.