The Tale of Why I Adore Sailing 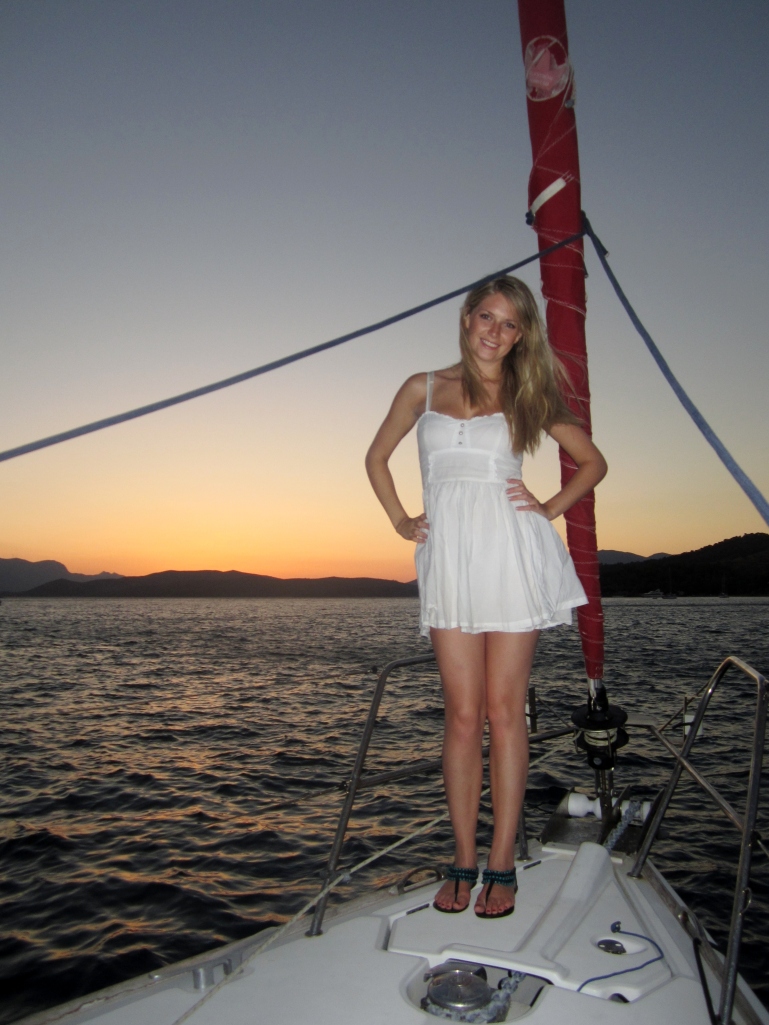 Ahh… The salty sea air, the splash of water on bare skin, the wind in your hair, the spaciousness of the open sea, the escapism… For the past few weeks I’ve been dreaming of going sailing, probably because it’s one thing I most certainly can’t do right now, as I’m currently in Madrid and over 300km from the sea in any direction.

I’ve had a turbulent relationship with sailing from the very beginning. It all began aged 7 on a French lake when my mother fatefully enrolled my sister and I onto a 3-day dinghy sailing course in south-west France. On Day 1 we were each plonked down into an 8-foot dinghy, called an Optimist,  of our own and pushed out onto the open water to face the elements. A painful experience full of tears promptly ensued! The incompetent French sailing instructor couldn’t even say ‘left’ or ‘right’ in English and pretty much abandoned us two tiny English girls stranded in the lake without a clue what to do so, surprise surprise, it turned out to be a pretty traumatic experience for us both! Needless to say, Day 2 and 3 of the sailing course never took place. 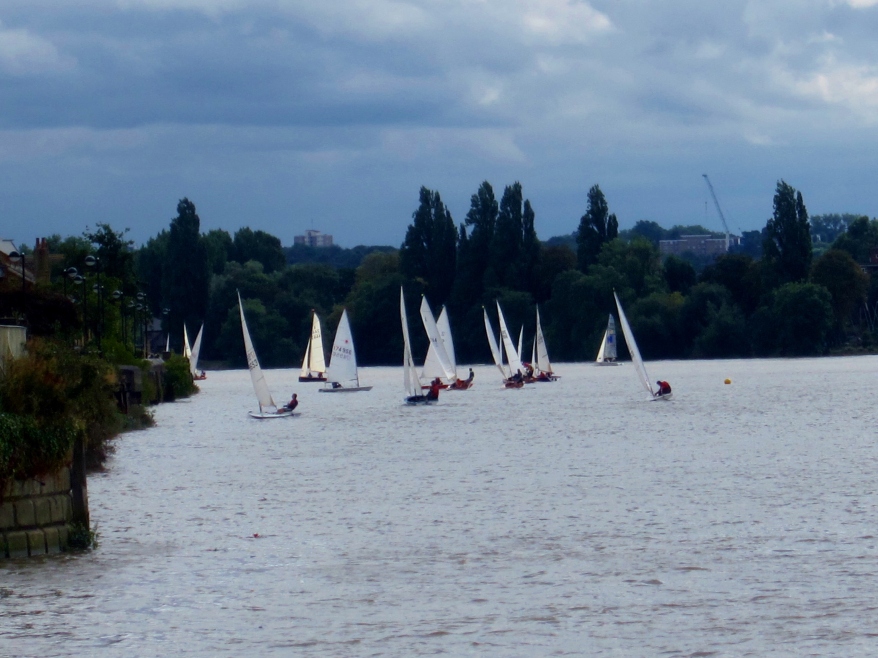 Our mother’s second attempt at introducing us to sailing was far more successful, when she chose to take us to the Caribbean aboard a Tall Ship (think Pirates of the Caribbean, complete with wooden ship and traditional square rigging). In the Caribbean we explored different islands, spotted dolphins swimming alongside the hull and even went scuba diving with sharks!

A few years later our father got into dinghy sailing and bought a 14-foot Wanderer. We grew up on the south coast of England, in Hampshire and West Sussex, where almost everyone sails because it’s so right next to the Solent and the Isle of Wight, which is possibly the most sailing-orientated area in the whole of the UK. We were enrolled onto a week-long sailing course at our local club, the Bosham Sailing Club, and this course was a vast improvement on the French catastrophe. Sailing in the UK is a cold affair and we always wear wetsuits. In the UK sailing is more of an endurance sport, less of a relaxing luxurious affair, as it is in warmer climes. But having the Solent so close by meant that we had plenty of practice and became relatively good at sailing and less terrified of capsizing (capsizing can actually be rather fun…) We even started crewing for our father in races, which are definitely the most fun part of sailing.

The step-up from dinghy to yacht happened much later when I was 20. With the Italian family I aupaired for, we sailed around Capri and the Amalfi coast, and later that same summer my family and I sailed down the Croatian coast from Split to Dubrovnik aboard the yacht of my sister’s godfather. It was in the Mediterranean and Adriatic Sea that I really got hooked. My mother then got into yacht sailing and three years later in 2012 we chartered a yacht around the Saronic Islands in Greece.

In preparation for that trip I did a 5-day RYA Competent Crew course in the Solent, which almost ruined my relationship with sailing! The British Summer let me down and we contended with full-on storms all week, even during our mandatory night sail, and to top it off the other students on the course (all men) were absolutely foul human beings. While enduring all that, I did learn lots and the next step for me is to complete the RYA Day Skipper qualification.

But sailing around Greek islands was incredible and I definitely have more Greek archipelagos left to discover… And then to bring us up to date, my last sailing trip was along the south coast of Turkey last August, again with family and my sister’s godfather. But I don’t feel it’s enough! I’d like to get my RYA Day Skipper, and in my wildest dreams I’d like to spend a summer crewing aboard a luxury yacht, as I know a friend who now does it for a living and she gets to explore the seven seas for a living! One can dream. 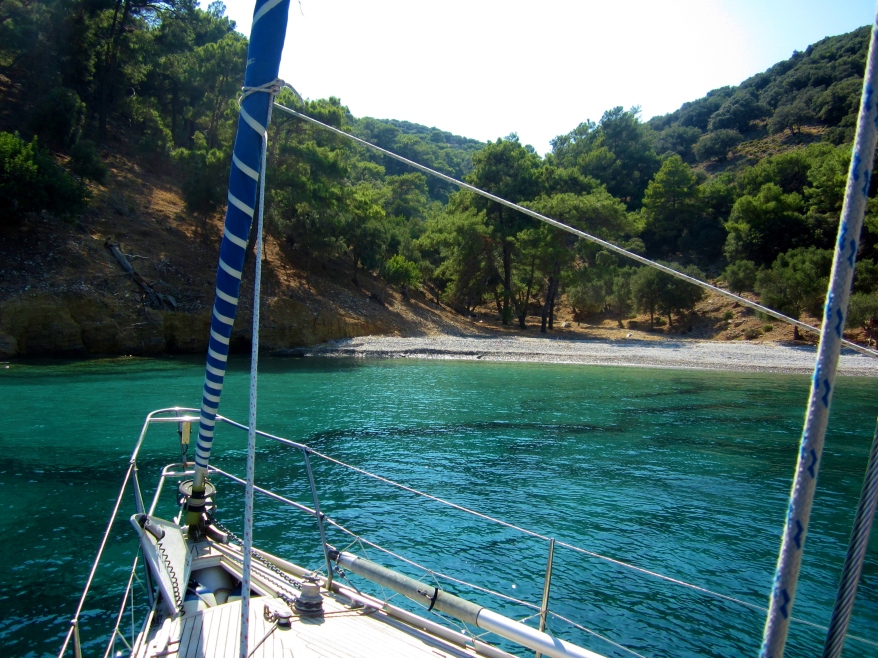 But most of all what I love about sailing is the utter escape from the real world. Once aboard a yacht abroad, you’re Wifi-less (what a luxury!) and you can completely disconnect from everything back home. You can spend your days sailing, swimming, snorkelling, anchoring and dining amid the nature and wilderness of a deserted tropical bay, watching endless sunsets, and reflecting on life and the universe. Utter bliss!

Do you like sailing or are you more of a fan of firm ground? What other watersports do you enjoy?

This post was my entry for the #DiveIntoMalta competition with to win a scuba diving holiday to Malta. I’m thrilled to say that I won the competition and I cannot wait to be off to the Mediterranean to go scuba diving on the Maltese coast! I’ll no doubt be blogging about it later in the year so keep an eye out for that…